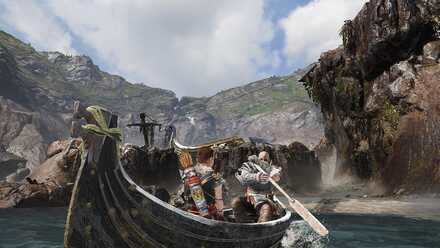 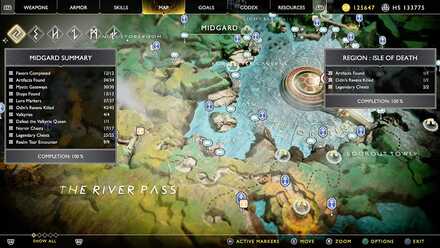 The Isle of Death is one of the regions surrounding the Lake of Nine and is found west of the Niflheim Tower. 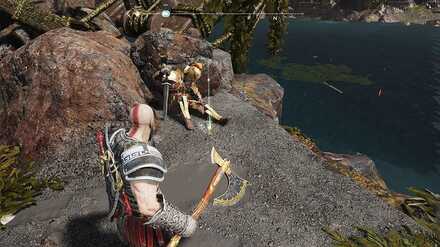 This artifact is part of the Abandon Ship set and can be found as early as the first time the lake's water level dropped. You can find it on a dead soldier's body in front of the brazier in the isle. 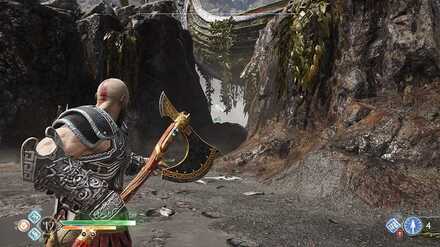 After the second water drop, dock on the north side of the isle and make a left. Look through the hole in front of the red coffin covered in rubble and you'll find a perched raven. 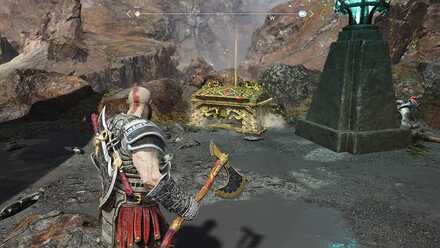 This is the legendary chest that you might have already seen while doing the Unfinished Business Favor during the early game as it is right beside one of the four braziers. Once you have the Blades of Chaos from The Sickness, burn the bramble and open the chest. 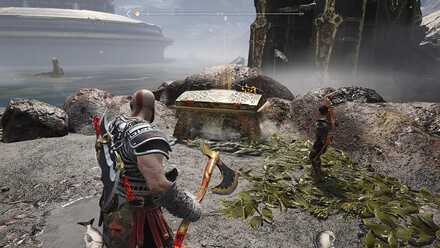 The lake waters have to be lowered a second time before you can reach this legendary chest. Return to the isle when it does and make your way up back to where you found the brazier and the other legendary chest. From there, go under the boat wreckage and zip down below to reach the chest.

Post (0 Comments)
Opinions about an article or post go here.
Opinions about an article or post
We at Game8 thank you for your support.
In order for us to make the best articles possible, share your corrections, opinions, and thoughts about "Isle of Death Region Summary and List of Collectibles" with us!
When reporting a problem, please be as specific as possible in providing details such as what conditions the problem occurred under and what kind of effects it had.