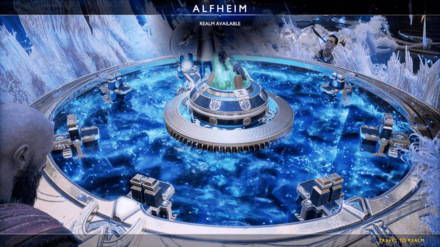 This is a page on how the world of God of War works. Read on and learn more about the game's world, realms, and areas you can explore throughout your epic journey!

Is God of War Open World?

Not an Open World 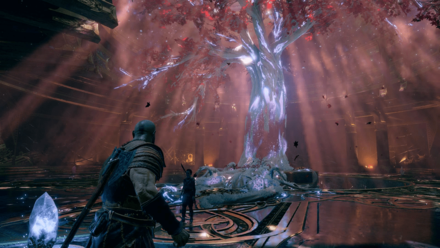 God of War is not an open world game. However, each realm is divided into large non-linear sections that can be explored outside of the main story.

Midgar as a Hub World

Midgar is the game's primary location and acts as a hub world. This is where you can access other realms in the game using the Bifrost. Midgar also has numerous areas that you can explore to gain new armor, pommels, and even find new Favors to play.

Some realms have areas that are inaccessible, and can only be unlocked after acquiring new skills and equipment. These areas provide you with new pommels, talismans, strong enemies, and even the fierce Valkyrie. 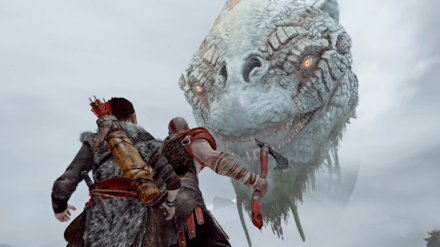 New areas and realms can be unlocked by completing the game's story. This includes accessing new areas for the Bifrost, and when Jormugandr (World Serpent) moves around Midgar. Every time Jormugandr moves, the water level in the Lake of Nine lowers, revealing new areas that can be accessed.

Some items in the game, which include Muspelheim and Miflheim Ciphers, can be acquired by exploring the world and opening chests.

How to Unlock Realms

God of War has a total of 6 realms that can be unlocked and accessed during the main story, and by completing certain quests.

Post (1 Comments)
Opinions about an article or post go here.
Opinions about an article or post
We at Game8 thank you for your support.
In order for us to make the best articles possible, share your corrections, opinions, and thoughts about "Is God of War Open World?" with us!
When reporting a problem, please be as specific as possible in providing details such as what conditions the problem occurred under and what kind of effects it had.