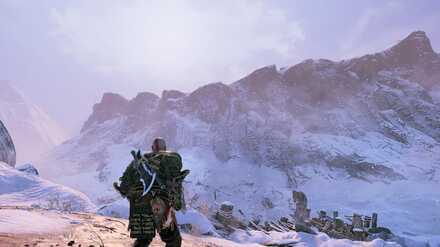 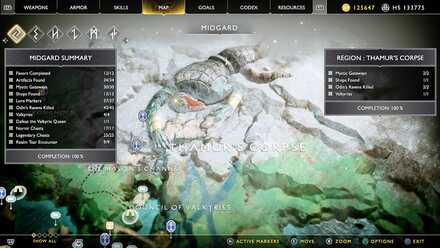 The Thamur's Corpse is an explorable area situated northeast of Lake of Nine. You can reach this region by boating through Thamur's Corpse Entrance near Council of Valkyries. 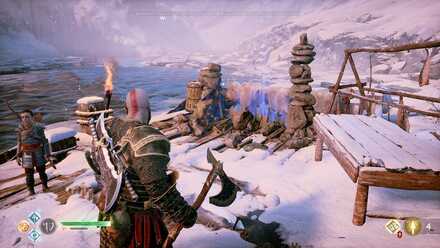 This Mystic Gateway can be found at the boat dock outside the Hidden Chamber of Odin. As soon as you get off the boat, you can immediately find the mystic gateway to your left on the shore. 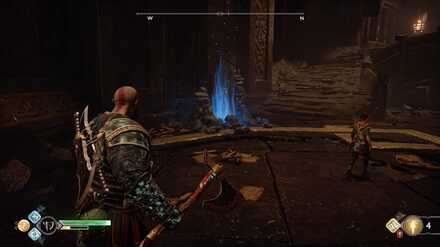 This Mystic Gateway is located inside the Hidden Chamber of Odin. Take the lift down to the lower level of the chamber to find the mystic gateway at the bottom of the stairwell.

You can naturally come across the shop during the main quest The Magic Chisel, however the shop cannot be visited again after completing the story. 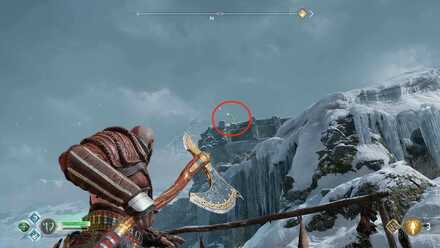 You will spot the raven perched on the rocks to your left as soon as you dock at the northern boat dock near the Hidden Chamber of Odin's entrance door. 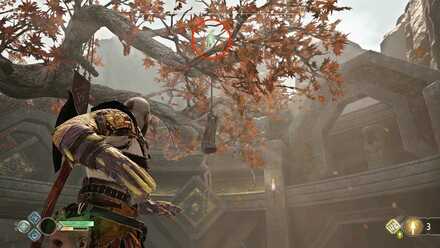 The raven is perched on one of the tree branches in Valkyrie Gunnr's arena inside the Hidden Chamber of Odin. 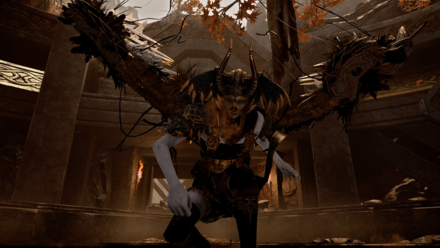 Valkyrie Gunnr can be found in the arena inside Thamur's Corpse's Hidden Chamber of Odin. Use the lift located at the far end of the hall to get to the Valkyrie arena in the lower level of the chamber.

In order for us to make the best articles possible, share your corrections, opinions, and thoughts about 「Thamur's Corpse Region Summary and List of Collectibles | God of War PS4 (GoW 4)」 with us!