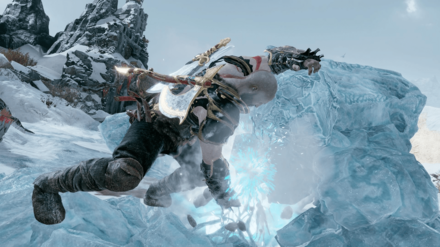 This is a guide on how to beat the Ice Ancient in God of War PS4 (GoW 4). This page will explain its attack patterns, behavior, and tips and strategies on how to deal the most damage you can against it and take minimal damage at the same time. 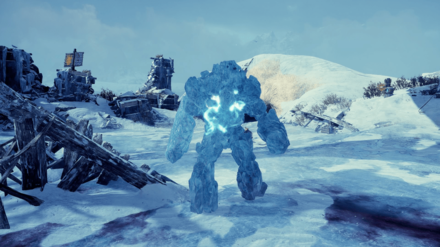 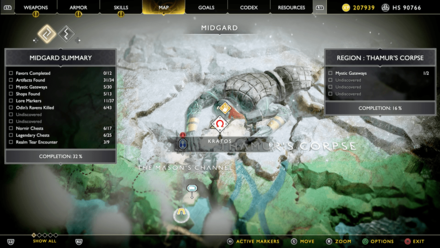 You will first encounter the Ice Ancient as you approach the face of the fallen giant during the quest The Magic Chisel. It is best to clear the area first of enemies before engaging with the Primordial. 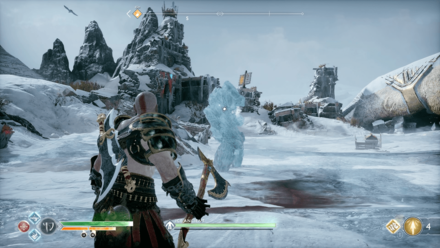 When encountering any Ancient type of boss, it is best to just simply wait for it to open its chest as it attacks as your own attacks will bounce off with its chest closed. 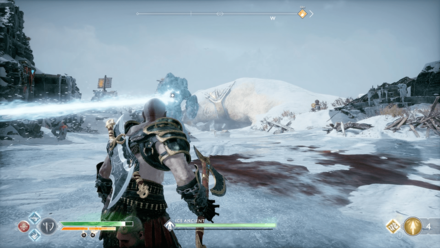 The Ice Ancient will send one long beam of ice that he grazes sideways towards you. Block this strike, or throw your axe at its chest. 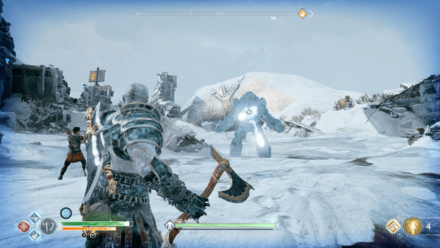 It will send balls of ice your way – be sure to dodge and block these before throwing your axe at its open chest. There is a short window of time in between his salvos, enough time for you to strike. 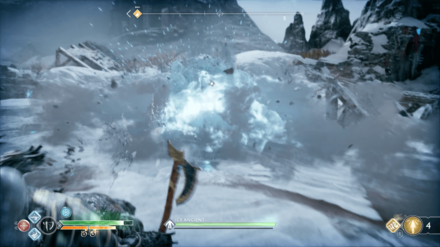 The Ice Ancient will drop down on the ground when you approach near it and send out a pulse of energy.

Like most battles against Ancient type bosses, just keep your distance and be patient. Wait for it to open its chest and throw your axe into the exposed area for damage. Pieces of it will fall off, which you can throw at it for bigger damage.

In order for us to make the best articles possible, share your corrections, opinions, and thoughts about 「How to Beat Ice Ancient | Boss Fight Guide | God of War PS4 (GoW 4)」 with us!