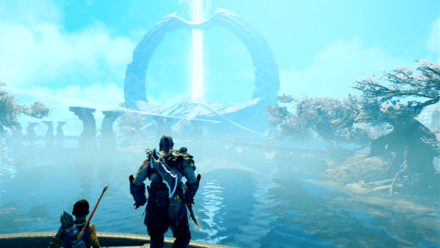 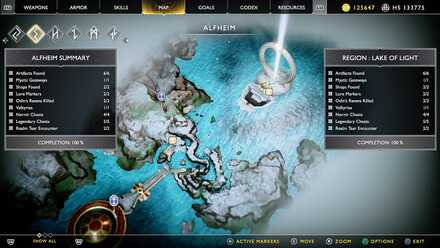 Alfheim is one of the first realms that players can visit. A large majority of the collectibles found in this realm can be found on two beaches within the realm's main lake early on, allowing players to collect up to 80% of the collectibles prior to even finishing the quest Light of Alfheim. 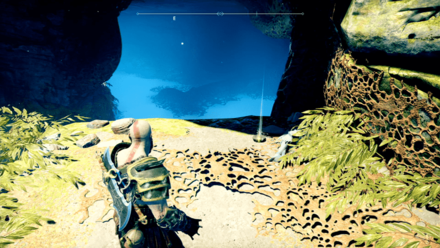 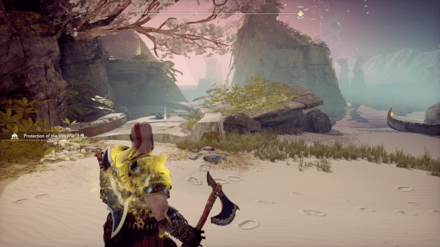 The second artifact can be found on the shores of the western beach. Head left as soon as you exit the channel where you'll find the beach next to a statue depicting an Elf. 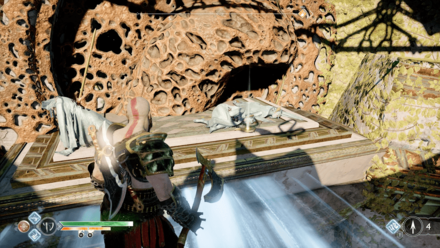 After defeating the Stone Ancient and restoring power to the light bridges, make your way across the light bridge on the left where players will find the artifact next to a dead body at the end. 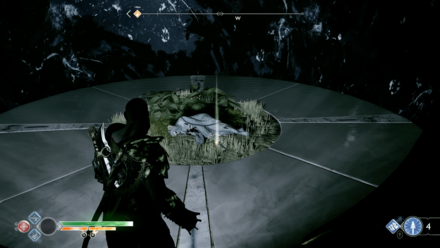 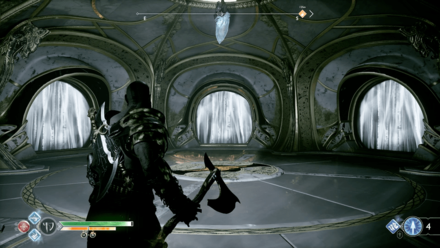 Inside of the room during the midway point of the quest Light of Alfheim, the player will find themself inside of a room where they'll need to bring down a hanging blue crystal. Dropping this crystal will unlock the cells inside of that room – the artifact is inside one of these. 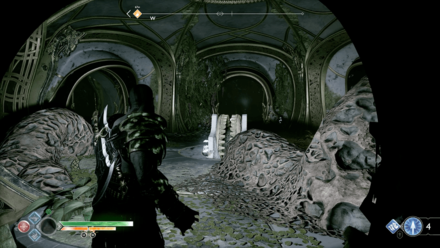 In the underground cavern you explore, the artifact can be found inside of the room across from where you use a wheel to lower the floor. 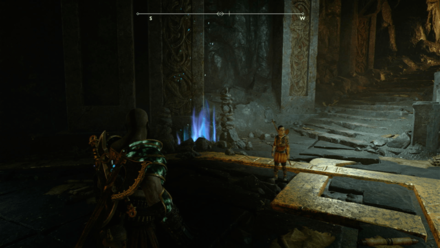 Only accessible once you have completed the quest Magic Chisel, the one and only Mystic Gateway in Alfheim can be found in a Hidden Chamber of Odin where Valkyrie Olrun can also be found. 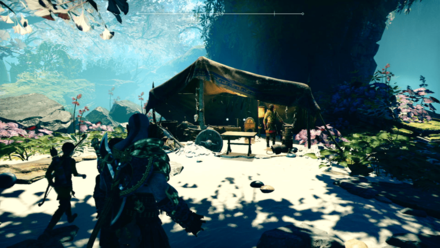 The first shop that players can come across is Brok's shop, found at the first beach that players will get to after exiting Tyr's Temple. 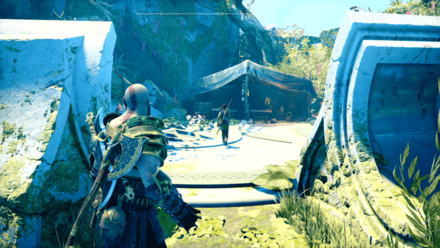 After progressing through the Alfheim, players will be able to unlock a light bridge that leads from the lake and deeper into Alfheim. The second shop, which is manned by Sindri, can be found by heading down a flight of stairs to the right of the light bridge's head near the entrance into the temple. 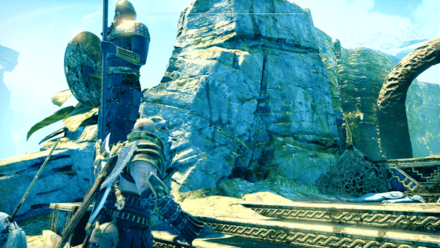 This Lore Marker is easily found when exiting the Realm Travel Room and its temple. You'll find the marker to the right of you as players walk across the bridge with standing statues, placed on the face of a rock that is placed beside of a statue. 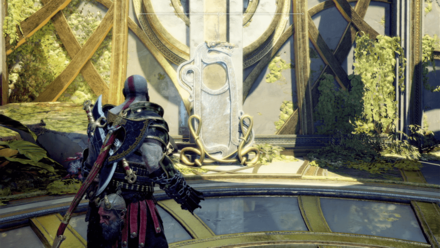 The second Lore Marker can be found near the end of the quest Light of Alfheim. Once players reach the point where they can knock down a crystal hanging from a chain to open up a path that leads to the light bridge to exit the area, they can instead make use of this crystal to activate the Lore Marker. 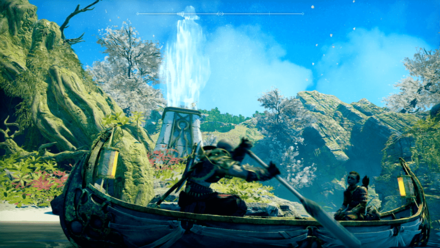 The first of two Ravens in Alfheim can be found just as you exit the channel that leads into the lake from where you first enter the real of Alfheim. With your boat, head to a beach west of where you exit the channel, where you can find the Raven sitting on top of the pillar with an image of a Light Elf above it. 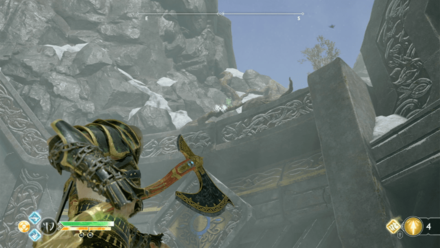 The last Odin's Raven in Alfheim can be found above the arena where Valkyrie Olrun can be fought. This Raven can only be reached once players have finished the quest Magic Chisel. 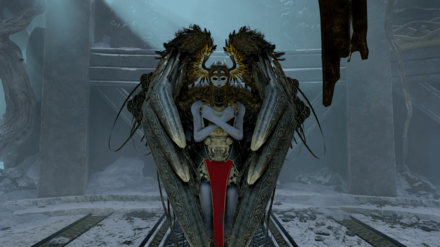 The only Valkyrie fight in the Alfheim realm can be found in close proximity to the realm's only Mystic Gateway and one of two Odin's Ravens. Similar to those two, players will need to have completed the quest Magic Chisel first in order to gain access to the Hidden Chamber of Odin they are hidden in. 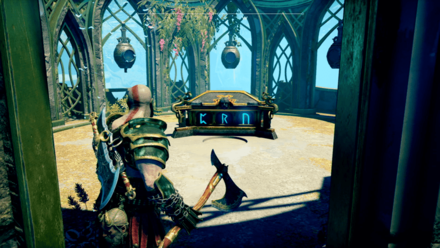 Found in a hidden area of an optional beach that players can go to, east of where they exit the channel and enter the lake. The chest contains an Idun Apple, making it a good chest to run after as soon as players enter Alfheim. 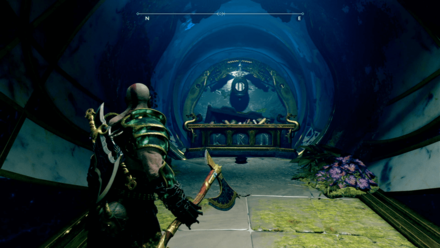 The next Nornir Chest can be accessed after players reactivate the light bridge and gain access to Sindri's shop. The chest can be found in a room on the other side of the bridgehead from where you find Sindri's shop. 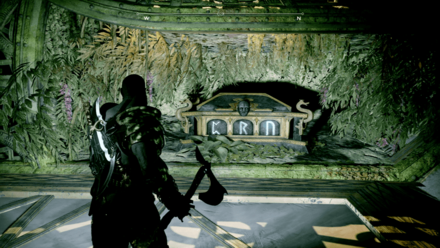 The third Nornir Chest in the realm can be found when you have access to the underground section. You'll find the chest easily at the end of the "bridge" in the underground area, near a wheel. 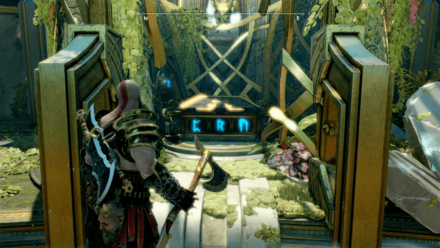 The last Nornir Chest that players can find can only be accessed towards the end of The Light of Alfheim quest. 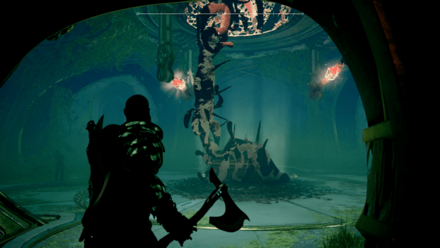 The first Legendary Chest can be immediately sought after as soon as the players exits from the channel and into the lake for the first time. The chest will contain the Amulet of Kvasir, one of the best Talismans in-game. 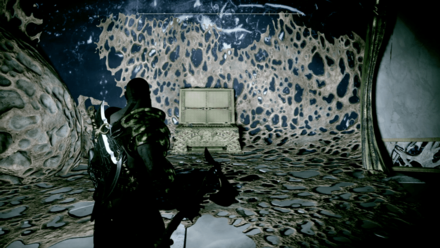 This legendary chest is found when you reach the underground section of the game. As soon as the platform you are on stops and you finish off the enemies that come after you, you can turn around and head to the right-most section of the area to find the chest. 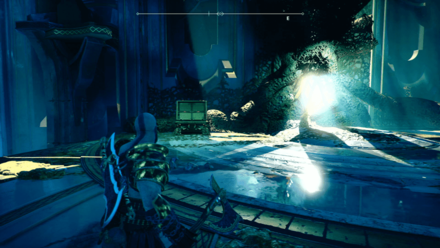 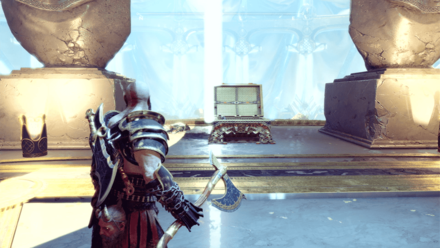 The fourth Legendary Chest appears near the end of the quest Light of Alfheim during the section where you have to bring down a blue crystal from a chain it's hanging from. In the same area, guarded by two enemies, you'll find the chest. 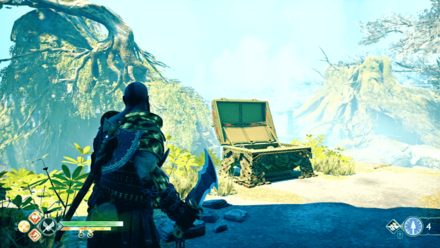 Finally, the last chest in the realm can be easily found in the western beach from where you exit the channel to enter the lake on your boat. Dock on the beach in that area and head into the right-most cave path until you reach the chest, situated on a small area overlooking scenery. 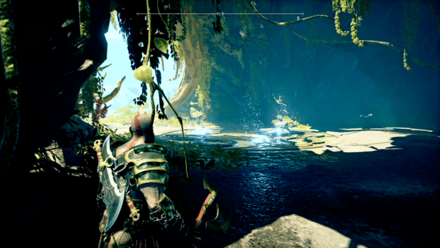 The first Realm Tear that players can find in the realm requires that they first progress through the quest Light of Alfheim until they manage to get Light Arrows. From there, players will need to travel to a small beach to the west of the channel exit that leads into the lake. 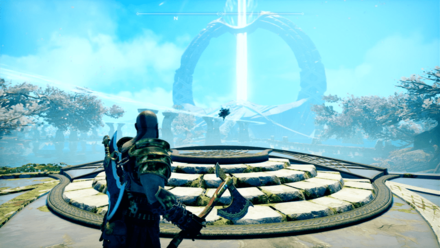 The last Realm Tear in Alfheim can be found at a beach to the east of where you exit the channel to enter the lake with a boat. The beach there leads up a path to the right that players can go through to access the tear.

Post (0 Comments)
Opinions about an article or post go here.
Opinions about an article or post
We at Game8 thank you for your support.
In order for us to make the best articles possible, share your corrections, opinions, and thoughts about "Alfheim (Lake of Light) Region Summary and List of Collectibles" with us!
When reporting a problem, please be as specific as possible in providing details such as what conditions the problem occurred under and what kind of effects it had.