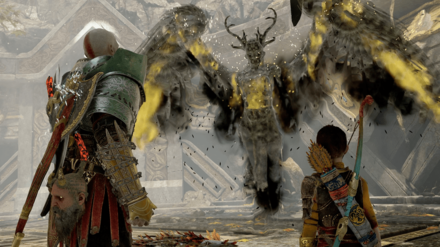 This is a guide on how to beat Valkyrie Rota in God of War PS4 (GoW 4). This page will explain her attack patterns, behavior, and tips and strategies on how to deal the most damage you can against her and take minimal damage at the same time. 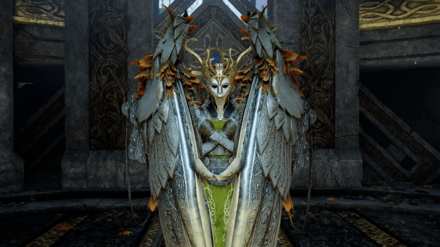 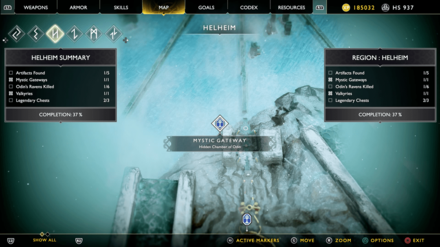 On the bridge when you first exit into Helheim, you must search for the second walkway on the bridge that leads to roots you can destroy with Shock Arrows. The lift down to Rota's lair is just beyond this point. 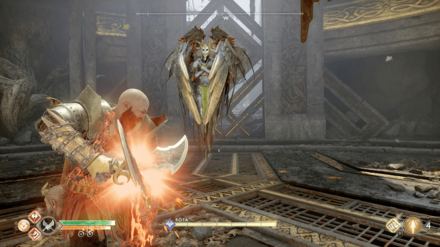 Unleash attacks with both Blast of Hephaestus and Hyperion Slam. Use Atreus' Runic Summon and switch to the Leviathan Axe . Once Rota moves away, at this time Atreus' Summons should reach her and render her defenseless for a while. Use the axe's runic attacks then. 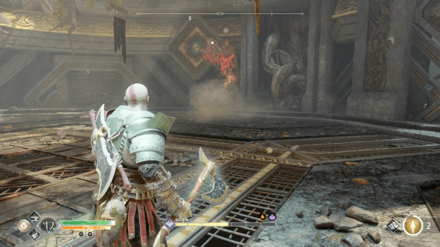 A standard Valkyrie attack with some of the more difficult Valkyries, this attack will see Rota rise up into the air and dash at you to drag you along the ground. This attack is unblockable, and she does this three times in a row – dodge all three and strike back. 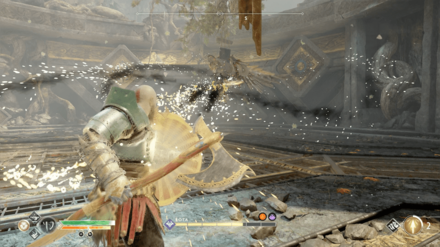 A standard ring attack that you can block. She doesn't perform the variation of this attack where she sends an unblockable ring straight at you. 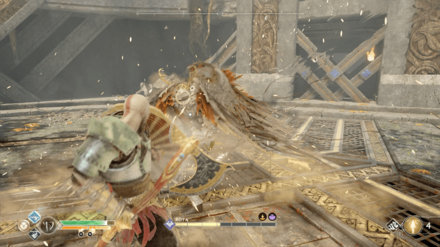 Rota employs many of the wing moves that you've encountered with other Valkyries. However, she performs some of these rarely, making much more frequent use of ring attacks, unblockable flight attacks, and jumping straight up to come crash back down on you instead. 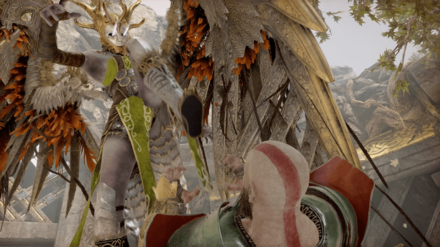 Rota will jump straight up into the air and crash on you. You must dodge as soon as she goes up to avoid getting caught, and dodge a second time as she repeats this attack in quick succession.

Although not fast, Rota relies heavily on two of her aerial attacks to cause damage – one where she drags you along the ground if she catches you, and the other where she jumps up out of sight and lands on top of you. This is the fight where you must have at least beaten other Valkyries to get used to some of their more usual attack patterns. Ignorance to them will cause a defeat for you.

In order for us to make the best articles possible, share your corrections, opinions, and thoughts about 「How to Beat Valkyrie Rota | Boss Fight Guide | God of War PS4 (GoW 4)」 with us!