This is a guide on how to beat Fire Ancient in God of War PS4 (GoW 4). This page will explain its attack patterns, behavior, and tips and strategies on how to deal the most damage you can against it and take minimal damage at the same time. 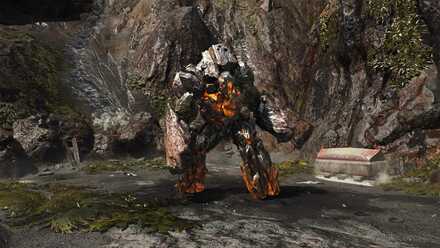 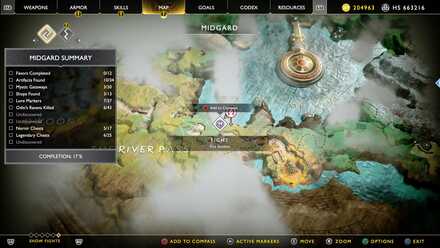 You can find the Fire Ancient near the beach of the Iron Cove at the south west part of the Shores of the Nine. You can only unlock the Fire Ancient after blowing the Serpent's Horn with Mimir in tow. 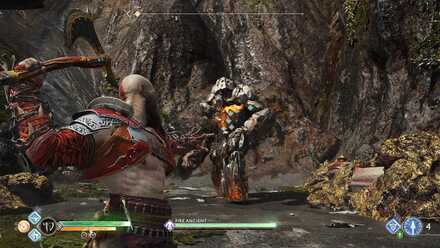 When fighting the Fire Ancient, you should be patient when waiting for openings to attack. You can only damage the Fire Ancient when its core is exposed. When the core is not exposed, it will be invulnerable to all attacks. 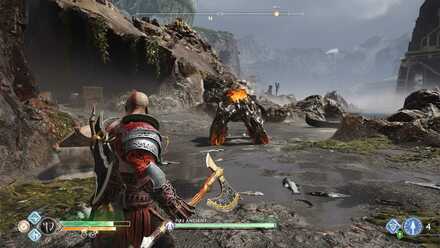 The first attack of the Fire Ancient is that it will lean back and expose its core. While doing this, it will shoot flaming projectiles randomly around it damaging you when you are near it. 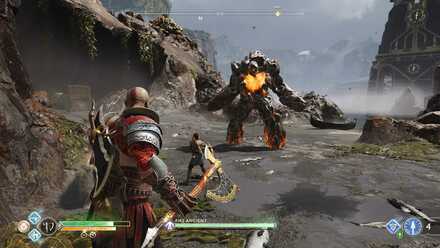 The second attack is similar to the first attack but, instead of shooting the flaming projectiles randomly, it will shoot it directly towards you. 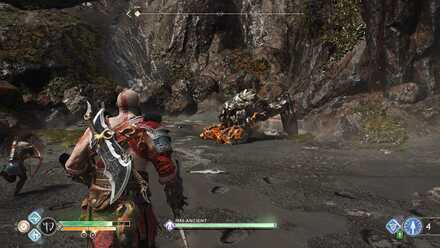 The 3rd and 4th attack of the Fire Ancient rarely happens. This attack only happens when you are close to melee range with it. A red circle will flash on the Fire Ancient signaling you that it will do a close range attack.

The trick to winning this fight is to patiently wait for the Fire Ancient to expose its core. When the core is exposed, immediately throw your axe and pick up the fragment that falls from the core and throw it back to the Fire Ancient.

If you are able to do this, you will be able knock the Fire Ancient down and deal massive damage to it using the R3 button.

In order for us to make the best articles possible, share your corrections, opinions, and thoughts about 「How to Beat Fire Ancient | Boss Fight Guide | God of War PS4 (GoW 4)」 with us!