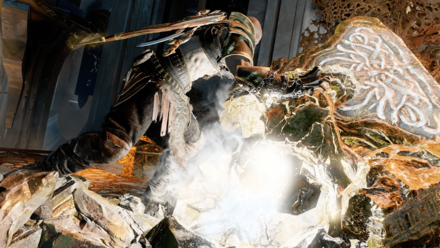 This is a guide on how to beat Stone Ancient in God of War PS4 (GoW 4). This page will explain its attack patterns, behavior, and tips and strategies on how to deal the most damage you can against it and take minimal damage at the same time. 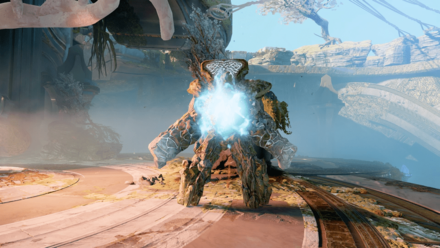 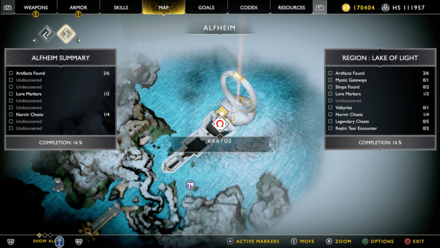 During the quest Light of Alfheim, you'll encounter the Stone Ancient after making your way inside of the temple. 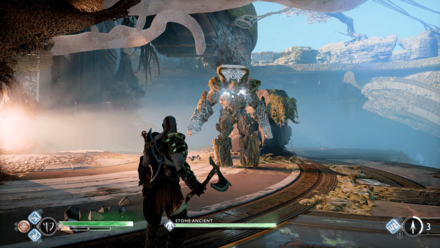 It's better to wait for the Stone Ancient to make the first move, as striking it while it's chest is still closed will render little to no damage at all. Patience is the key in every fight against enemies of this type, as they are at their most vulnerable when attacking. 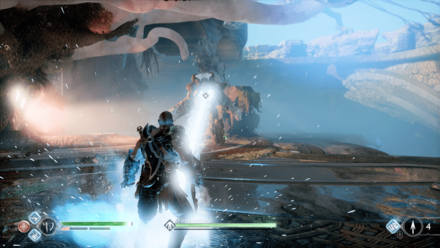 The most common attack of the Stone Ancient will be when it opens its chest to send a beam of ice your way. This leaves it vulnerable to a throw from your Leviathan Axe. Hitting it with its chest open will cause a few pieces of stones to come off. Pick these up and throw it at the Stone Ancient to render better damage. 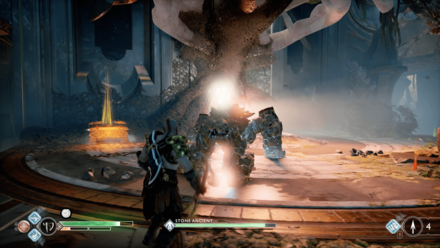 If you get in too close to it, it will drop down to the ground on all fours and send out an unblockable energy that temporarily blinds you.

The key to winning this fight is to be patient. Wait until the Stone Ancient's chest area opens up for you to throw your axe at. Pay attention to where pieces of it fall off, and throw these pieces back at it to quickly diminish its life.

Post (0 Comments)
Opinions about an article or post go here.
Opinions about an article or post
We at Game8 thank you for your support.
In order for us to make the best articles possible, share your corrections, opinions, and thoughts about "How to Beat Stone Ancient | Boss Fight Guide" with us!
When reporting a problem, please be as specific as possible in providing details such as what conditions the problem occurred under and what kind of effects it had.