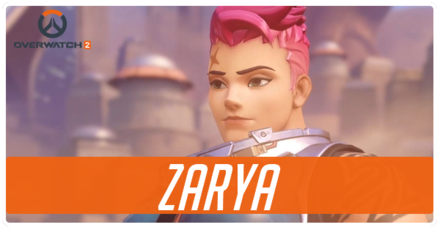 Zarya is a Tank hero in Overwatch 2. Read on to learn more about Zarya, their weapons and abilities, their patch notes history, their backstory, and more! 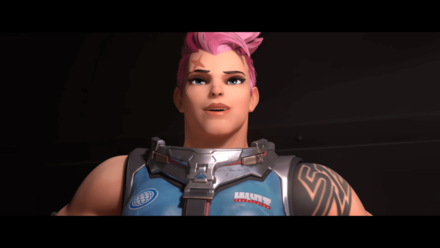 Earlier in the Omnic Crisis, Aleksandra Zaryanova was born in a small village in Siberia. Unfortunately, it was devastated by the conflict, and seeing the destruction, she swore to become stronger. She became an athlete, training tirelessly, but during her tournament, her home was attacked and her life was thrust into war. She became a soldier, protecting others and a symbol to her fellow warriors!

Trading her life as a future professional athlete for a life in the military, she spent most of her time on the front lines battling Omnics. She made her way to Sergeant, making her a symbol of strength for many of her fellow soldiers.

After Talon's attack on Volkskaya Industries, Zarya was tasked with finding the main culprit, Sombra. This took her all over the world from Lijiang Tower to Numbani, and finally, in Dorado.

With Omnics staging a successful frontal assault, the defense forces had to abandon the forntline including Zarya's hometown. After getting permisison to save her town alone, she fought a losing battle against the Omnics until Cassidy saved her.

After the battle, Cassidy invited Zarya to join the newly re-established Overwatch; which she accepts.

In order for us to make the best articles possible, share your corrections, opinions, and thoughts about 「Zarya Profile and Weapon Abilities | Overwatch 2」 with us!