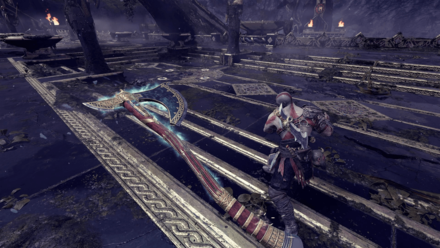 This page will detail all the best Skills to target first for unlocking in God of War PS4 (GoW 4). Give yourself the tools to conquer your enemies with these best skills and read on! 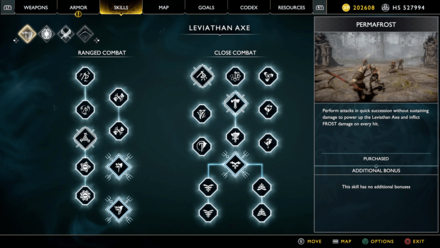 Permafrost adds good FROST damage to your hits on any successful combo hits if you don't take damage during a run. As one of the skills you can unlock if you upgrade the Leviathan Axe to Level 2, it's an essential to the earlier portions of the game where a majority of your enemies are fire based.

Permafrost Skill Effects and How to Unlock 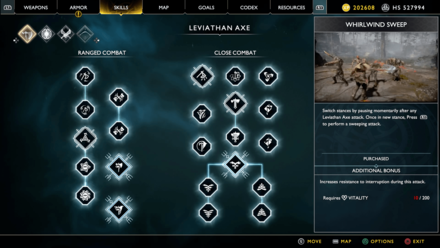 Extremely useful in situations where enemies are rushing you, Whirlwind Sweep is one of those skills that you put on your radar and target for unlocking as soon as you are able. By the end of your early or beginning of the mid game, you should be able to unlock ths skill by first levelling up your axe to Level 4.

Whirlwind Sweep Skill Effects and How to Unlock 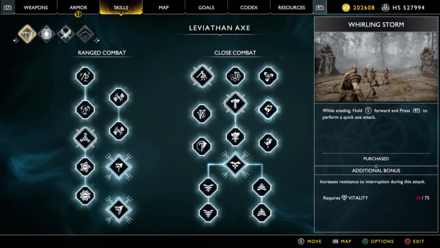 For players who like to evade a lot, Whirling Storm is a must-get to enable you to make quick counter attacks, particularly during Boss battles where a Boss may pause after an attack that you can't block.

Whirling Storm Effects and How to Unlock 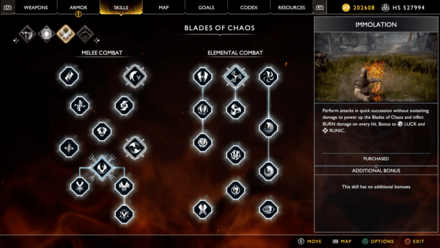 Similar to Permafrost, combo strings while taking no damage makes it so that each hit of the Blades of Chaos whill cause BURN damage, while also providing a boost to LUCK and RUNIC.

Immolation Skill Effects and How to Unlock 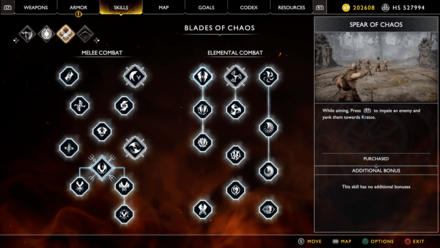 When dealing with flying enemies like Nightmares, the Spear of Chaos skill proves to be quite useful in dealing with them when Atreus' arrows are still reloading or if he's incapacitated. It has the bonus effect of being able to throw Nightmares into others, or pulling a grounded enemy close.

Spear of Chaos Skill Effects and How to Unlock 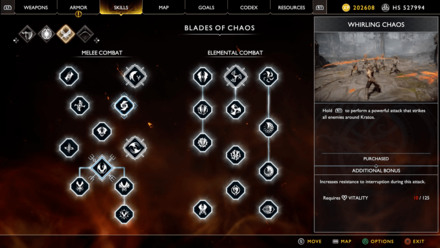 Useful for delivering powerful strikes in circumstances when you're surrounded. Use in conjunction with a fast Light Runic Attack or flow into a combo to deal more damage.

Whirling Chaos Skill Effects and How to Unlock 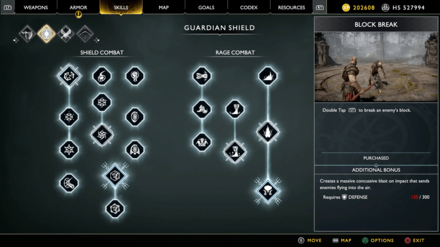 A simple but funademental skill you should have in your repertoire, Block Break makes it possible for you to stagger shielded enemies. If you plan on fighting the Valkyries, this skill is a must have due to how some Valkyries will shield themselves from your strikes. Using this skill also removes the need to unncessarily expend your Runic Attacks.

Block Break Skill Effects and How to Unlock 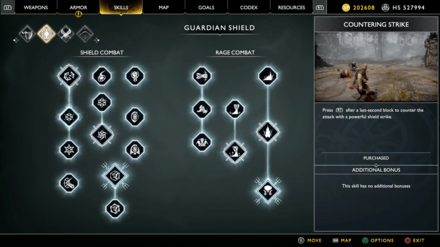 An upgrade found along the Block Break line, Countering Strike will allow you to deliver a crushing shield strike after a parry. While not extremely damaging to foes, this skill is essential for uninterrupted combos against an enemy or a group of them.

Countering Strike Skill Effects and How to Unlock 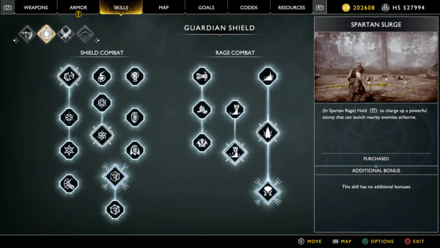 While not extremely useful during the height of your Spartan Rage, this skill is better used near the tail end of the rage so you can quickly strike at enemies while they're still in the air. It is also extremely useful to have Atreus use his Shock Arrows with the Shock Conduit skill unlocked.

Spartan Surge Skill Effects and How to Unlock 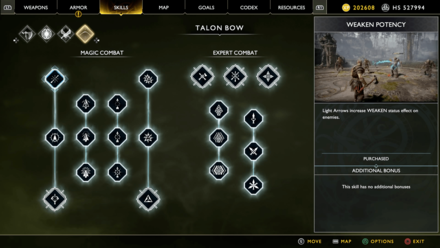 You may overlook this skill as it doesn't do much at a first glance, but this skill is actually useful against enemies that have high armor or have high health, making it easier for you to reduce their health faster due to the WEAKEN status this skill causes.

Weaken Potency Skill Effects and How to Unlock 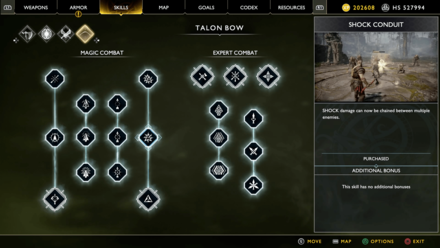 The most useful skill in Atreus' repertoire, Shock Conduit makes every Shock Arrow you order Atreus to fire bounce around from enemy to enemy. Weaker enemies will get stunned or staggered with every hit, giving you ample time and opportunity to come in with heavy hitting strikes.

Shock Conduit Skill Effects and How to Unlock 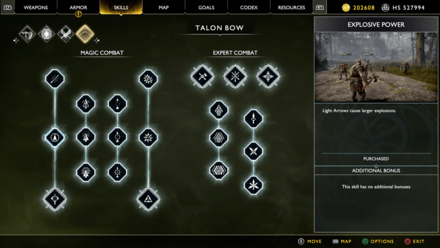 Another overlooked skill, this adds a stagger effect on enemies for every Light Arrow you fire against an enemy. This is on top of the WEAKEN effect that Weaken Potency casts, which this skill upgrades.

Explosive Power Skill Effects and How to Unlock

Register as a member and get all the information you want. (It's free!)
Login
Opinions about an article or post go here.
Opinions about an article or post
We at Game8 thank you for your support.
In order for us to make the best articles possible, share your corrections, opinions, and thoughts about "Best Skills in the Game | Best Skills to Unlock" with us!
When reporting a problem, please be as specific as possible in providing details such as what conditions the problem occurred under and what kind of effects it had.