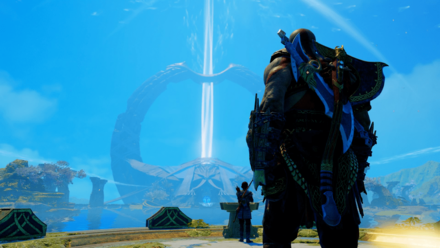 Giving your weapons a shiny new pommel greatly increases your stats and level. Read on to find out what the best pommels are in the game, their locations and stats! 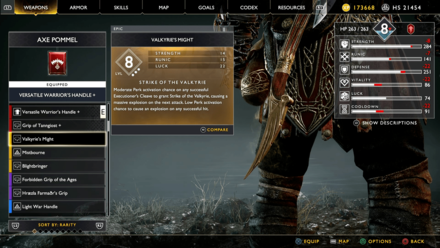 Collected after you have successfully defeated several Valkyries, Valkyrie's Might provides boosts to Strength, Runic, and Luck – all providing you with a high probability of inflicting extra damage on regular melee hits and Runic Attacks. 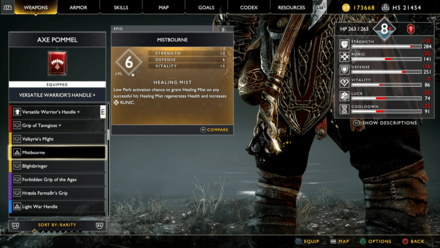 In one of the realm tears in the realm of Niflheim that you have to close, Mistbourne will be one of your rewards. Apart from boosts to Strength, Defense, and Vitality, Mistbourne makes it so that you have the chance to generate Healing Mist, which provides a good amount of healing per second, on a successful melee strike.

Forbidden Grip of the Ages 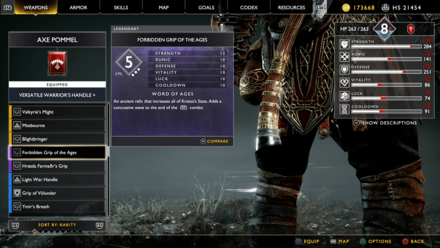 A Legendary Pommel that you can acquire in the mid-game stages, the Forbidden Grip of the Ages provides boosts to all stats while also adding a concussive wave after a successful light attack combo. While not extremely damaging against foes, the extra hit that this grip provides can affect a group of enemies caught in the wave.

How to Get the Forbidden Grip of the Ages Pommel

Grips of the Valkyrie 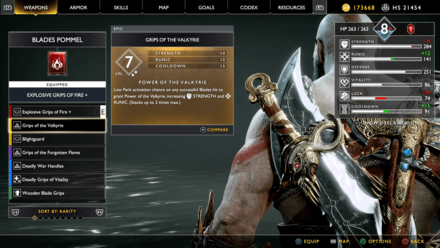 Similar to Valkyrie's Might, the Grips of the Valkyrie provides major stat boosts to Strength, Runic, and Cooldown. On top of this is a stacking perk where successful hits with the blades grant increases to Strength and Runic, which makes combat end faster against foes particularly weak to Fire. 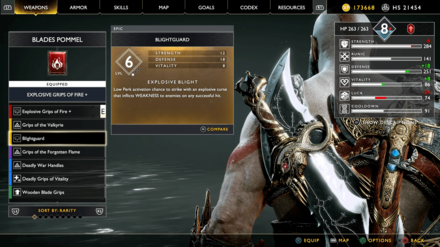 Blightguard provides good stat increases at its level and with upgrades, but its true beauty lies in its ability to inflict a Weakness status effect on enemies you hit.

Grips of the Forgotten Flame 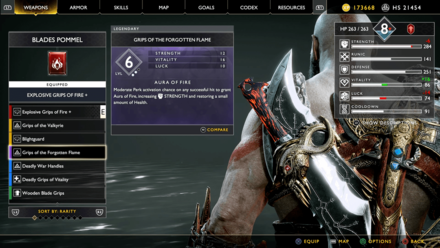 Getting the Grips of the Forgotten Flame is a chore, as you have to slog through the Muspelheim trials – an arduously long and time consuming task that tests your skill. Nonetheless, once you've managed to get this pommel, it provides the Aura of Fire on successful hits when the perk activates, which creates a circle of flame around you as you move around inflicting Fire damage on enemies that get close.

In order for us to make the best articles possible, share your corrections, opinions, and thoughts about 「Best Axe and Blades Pommels | God of War PS4 (GoW 4)」 with us!