This is a guide to building the Fire Storm, a Pyromancer Build in the game Outriders. To learn about the weapon, gear, and mods for the Fire Storm Build, read on.

A destructive Pyromancer build that focuses in boosting skill damage and efficiency, making you into a walking explosion.

Heatwave can inflict Burn onto anyone in its path. Increase this skill's effectivity with Fire Tsunami and Irradiation Wave and you can slice up dangerous territories to set yourself up for desctructive kills.

Volcanic Rounds buffs your bullets with the Burn effect. Mark enemies or use any of the other two skills mentioned, then blast them with your Burn-infused gun for maximum destruction.

F.A.S.E.R. Beam is an AoE skill that releases an energy beam that damages and interrupts enemies around you. The skill takes time to be activated, but pairing it with the Pure Power and Size Matters mods makes it a fiery ability worth using. 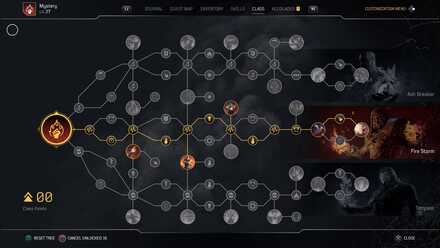 This build intends to make you invincible against enemies, as well as strengthening your skills. Begin the Fire Storm path by acquiring Magma Golem nodes to increase your health, so you can withstand any damage taken during combat.

You can then use some of your class points to invest in skill-buffing nodes (Warm Up, Anomalous Lava, Magma Elemental), specifically on Ignite skills to increase the skill leeching and after-effects of said skills.

Weapons with the three attributes listed are best equipped for the Fire Storm build.

Armor with the three attributes listed are best equipped for the Fire Storm build.

Post (1 Comments)
Opinions about an article or post go here.
Opinions about an article or post
We at Game8 thank you for your support.
In order for us to make the best articles possible, share your corrections, opinions, and thoughts about "Best Fire Storm Build for Pyromancer" with us!
When reporting a problem, please be as specific as possible in providing details such as what conditions the problem occurred under and what kind of effects it had.