This is a guide to building the Vanquisher, a Devastator Build in the game Outriders. To learn about the weapon, gear, and mods for the Vanquisher Build, read on.

This Vanquisher build specializes on maximizing your damage input, as well as increasing your chosen weapon's damage. Recommended for those looking for pure offensive builds.

Boulderdash is a similar skill but deals two attacks for the price of one skill. This is the skill to use to kill enemies that swarm you such as the Cutthroats or the Perforos.

Endless Mass lets you gather nearby enemies in one place and inflict Bleed damage. You can then use Gravity Leap or Boulderdash to finish them off. 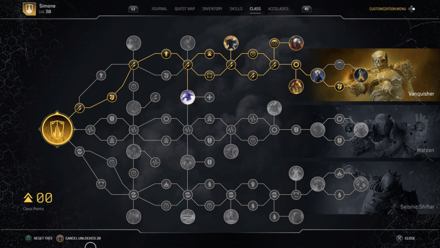 The class nodes in the Vanquisher build focuses on increasing your Weapon Damage and Cooldown of Kinetic Skills to maximize your damage output.

For this build, the Assault Master class node is used as Assault weapons can be used for general battles. For close range, you can use skills to stun enemies and then mow down with your weapon of choice.

Unlike the Warden build, the Vanquisher doesn't have regenerating health. To ensure survivability, unlock Profit Squared to allow you to heal your Health for every ammo pick-up.

Be sure to unlock the Bounty Hunter class node as this makes Elite-type enemies easier to deal with.

Weapons with the three attributes listed are best equipped for the Vanquisher build.

Armor with the three attributes listed are best equipped for the Vanquisher build.

Post (0 Comments)
Opinions about an article or post go here.
Opinions about an article or post
We at Game8 thank you for your support.
In order for us to make the best articles possible, share your corrections, opinions, and thoughts about "Best Vanquisher Build for Devastator" with us!
When reporting a problem, please be as specific as possible in providing details such as what conditions the problem occurred under and what kind of effects it had.