This is a guide for the Best Builds for the Devastator Class in Outriders. Read on to learn about the best gear setups, skill sets, and class tree specializations to match your gameplay style and how to use each of them efficiently!

This Solo Devastator build is similar to our Seismic Shifter build and is recommended for those playing the game on their own. 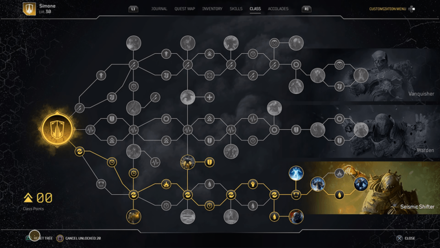 The build focuses on building up high Anomaly Power and Bleed status condition. This lets you clear areas of enemies easily while keeping your health up with Bleed damage over time.

The mods above take advantage of the Solo Devastator's Bleed buildup to boost the overall damage output and provide passive effects.

All weapons should have at least the Improved Bleeding Bullets mod to make the most out of this mod set.

This Endgame Devastator build is a mix between the Warden and Vanquisher builds as it makes use of the nodes from both skill trees, giving you a balanced defensive offense build. Recommended for co-op Expeditions. 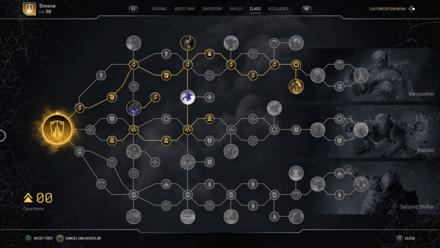 The nodes from the Warden allows this build to have enough health regeneration and to ensure survivability in high World Tiers or in Expeditions.

The mods above allow the Endgame Devastator to have increased firepower and skill damage, which is important especially when taking on Expeditions or higher World Tiers.

The best path to choose for a true Tank Devastator build is arguably a Warden build because of the health and armors buffs the Warden path grants.

The Seismic Shifter is the Devastator's mage-like build that focuses on using skills and and inflicting the Bleed status effect on opponents.

With the right mods, opponents can easily succumb due to Bleed as you create continuous Tremors around the battlefield.

Weapons with the three attributes listed are best equipped for the Seismic Shifter build.

Armor with the three attributes listed are best equipped for the Seismic Shifter build.

The Warden is best for those looking for a pure tank build. The class tree focuses on increasing health regeneration, armor, max health, and provides support for co-op allies.

With the proper weapon and armor loadout, this build also lets you charge head-on to enemies without needing to take cover.

Weapons with the three attributes listed are best equipped for the Warden build.

Armor with the three attributes listed are best equipped for the Warden build.

The Vanquisher is the Devastator's pure offense build, specializing on maximing on weapon damage and critical damage.

This build lets you jump straight to the battlefield through the use of Gravity Leap and Boulderdash, allowing you to close in on enemies and gun them down with your assault rifle or shotgun.

Weapons with the three attributes listed are best equipped for the Vanquisher build.

Armor with the three attributes listed are best equipped for the Vanquisher build.

Post (0 Comments)
Opinions about an article or post go here.
Opinions about an article or post
We at Game8 thank you for your support.
In order for us to make the best articles possible, share your corrections, opinions, and thoughts about "Best Devastator Builds | Solo and Endgame Builds" with us!
When reporting a problem, please be as specific as possible in providing details such as what conditions the problem occurred under and what kind of effects it had.