This is a guide to building the Harbinger, a Trickster Build in the game Outriders. To learn about the weapon, gear, and mods for the Harbinger Build, read on.

The Harbinger is a Survival-focused build. This build will rely on perfectly timed tactics to survive any battle. We recommend this build for farming your World Tier.

Slow-trap is a staple early in the game, but its full potential can be seen when paired with mods like Weakening Zone and Ultimate Big Range. This will give you sufficient time to map out close enemies and plan your attacks.

Time Rift is another crowd-control Trickster skill. Using this skill, temporarily incapacitates enemies allowing you to pick them off easily.

Venator's Knife is not only good for crowd-control, but also gives a significant buff to the first damage you lay on an enemy affected by the skill. Since this build does not buff up on Damage Stats, using this skill ensures that your first strike will always be doubled. 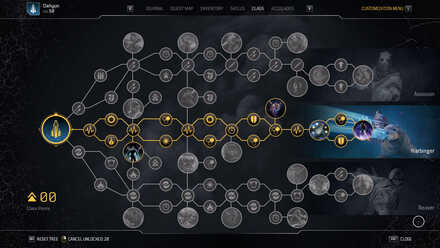 The Harbinger is a Build built for survival. If you plan on working your way to those World Tiers rewards, this may be the build for you. This build will be centered on maximizing your crowd-control whenever you play solo.

Alternatively, you can rely on Anomaly Shards to boost your Armor and Health as you build your way up to that Full Harbinger Build.

The Disruption Shield skill node grants a percentage of Shield for every activation of a Deception skill. We recommend reducing your Global Skill Cooldown to maximize this Skill Node.

Weapons with the three attributes listed are best equipped for the Harbinger build.

Armor with the three attributes listed are best equipped for the Harbinger build.

In order for us to make the best articles possible, share your corrections, opinions, and thoughts about 「Best Harbinger Build for Trickster | Outriders」 with us!