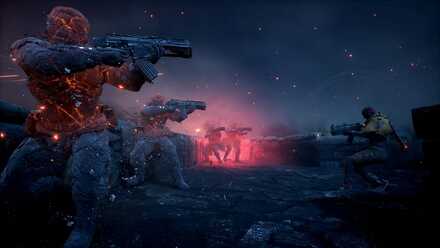 This is a guide on how to enable Multiplayer or Co-op Cross-play in the game Outriders. To know more about how you can play with friends across different platforms, read on. 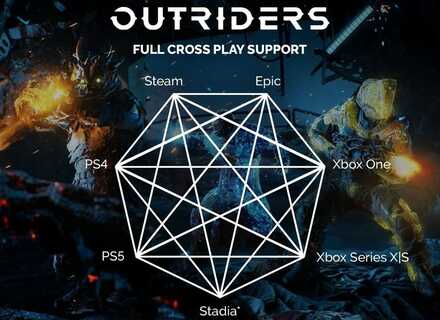 Absolutely. The game, Outriders, was developed to fully support cross-play multiplayer co-op. The game Outriders supports cross-play on PC, PS4, PS5, Xbox One, or Xbox Series X. Players will be encouraged to play Co-op Multiplayer campaigns with friends regardless of the platform used.

Does Outriders Have PvP?

No. From the early game concept, Outriders was always intended to be purely PvE.

When Can You Play Multiplayer (Co-op)?

Multiplayer becomes available after finishing the Carnage Main Quest and arriving at Rift Town in Reunion. From here, you'll be able to play with your friends or random players online!

Is There Multiplayer Scaling?

Players can match up with friends, regardless of their levels. However, the game will match you up with other players at a similar level if you were to enter random matchmaking.

The game doesn't have automatic level scaling. Instead, players can adjust the game's difficulty themselves by changing the World Tier. Enemy levels and item drop rates are then adjusted based on the Host's selected World Tier.

NOTE: Before you can play in Co-op, you have to clear the Prologue first. You can start playing Co-op on the Prologue Story Point.

Players can toggle the privacy of their game to Open, Friends Only, or Closed.

Whenever in Co-op mode, the Host Player will also be the Squad Leader. They will be in charge of choosing the Story Point and setting the world-tier for the entire party.

As the Host, the integrity of the co-op game will rely on their stable connection. If the Host encounters connection issues, the party may get dissolved and you will be brought back to the Lobby.

If you experience any connection issue and, unfortunately, get disconnected from the game, you can still rejoin your friends with the last game code your squad leader sent.

In order for us to make the best articles possible, share your corrections, opinions, and thoughts about 「Outriders Multiplayer Guide (Co-op) | Does Outriders Have PvP? | Outriders」 with us!