This is a guide to building the Warden, a Devastator Build in the game Outriders. To learn about the weapon, gear, and mods for the Warden Build, read on.

A defensive Warden build with high Health and Health regeneration. With the proper weapon and armor loadout, this build also lets you charge head-on to enemies without needing to take cover.

Impale interrupts a Boss from performing their strong attacks and deal a ton of damage. Add the Impaler mod to allow you use this skill two times before triggering the cooldown.

When playing in co-op, Impale grants all allies with Armor and Health regeneration, as long as the attack is lethal, and can provide support for classes with low Health such as the Technomancer.

Golem increases resistance against all attacks, allowing you to go on an all out assault against enemies and defend yourself from a Boss's attacks. Add in the Golem of Death mod to extend its duration as long as you maintain a kill streak. 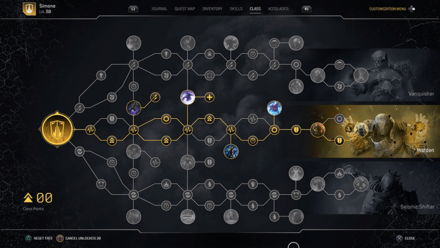 The majority of class nodes in the Warden build focus on increasing your defenses, ensuring high survivability on the battlefield.

Unlocking every Anomaly in Veins class node allows you to have a passive health regeneration. This lets you jump back to the battle whenever your Health gets low.

It is recommended to unlock the Vim and Vigor class node as it increases your Weapon Damage by 10% for every unlocked Anomaly in Veins class node. Add this with a high Firepower stat and you have a lethal tank support build in no time!

Weapons with the three attributes listed are best equipped for the Warden build.

Armor with the three attributes listed are best equipped for the Warden build.

In order for us to make the best articles possible, share your corrections, opinions, and thoughts about 「Best Warden Build for Devastator | Outriders」 with us!