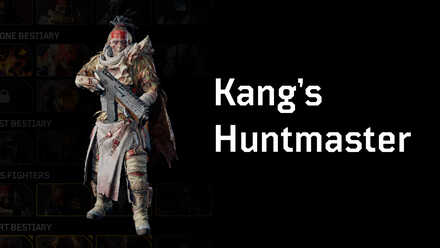 A Captain under Kang's command, this Huntmaster spearheaded the incursion that sought to recover the Drop Pod that fell near the Ancient Ruins. Unfortunately for him, the pod landed inside a sacred monument that blocked his access, despite his damndest attempts to blow the doors open.

Kang's Huntmaster is another Captain-type Elite that rallies forces to its aid. Equipped with Anomaly attacks of its own, the additional support fire makes this Elite tougher to beat if you don't take out his men first. 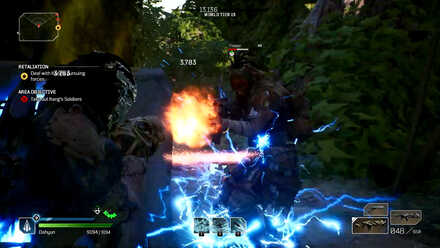 Trappers are like your standard Rifleman. Alone, this enemy type doesn't pose much of a threat. But in numbers, they can easily outgun you. Better take them out first before Kang's Huntmaster can activate Stone Skin Aura. 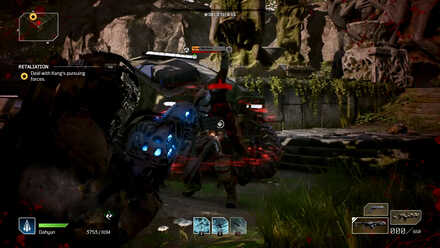 This defensive Skill coats not only the caster but also every ally of the caster in an armor of rocks similar to a Devastator's Golem.

We recommend Armor Pierce-enhancing Mods to counter this skill if you do not have Interrupt Skills equipped. 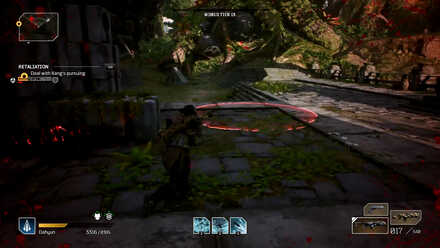 Anomaly Barrage targets multiple AoE (visible as red circles). If you are in a good position this means that Kang's Huntmaster cannot defend from gunfire as he completes the barrage.

In order for us to make the best articles possible, share your corrections, opinions, and thoughts about 「How to Beat Kang's Huntmaster | Boss Fight Strategy Guide | Outriders」 with us!