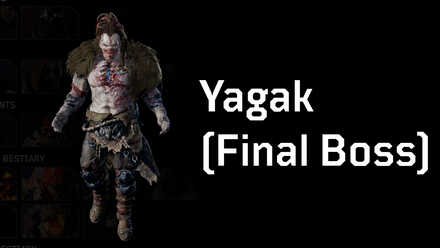 This is a guide to beating Yagak in Humanity in the game Outriders. This article provides information on Yagak, as well as tested strategies for beating them.

The Grand Warlord of the Ferals,Yagak, and his army attack the Caravel as Zahedi tries to contact the Flores' pods. You still have a score to settle with Yagak for killing Jakub.

Yagak will utilize Anomaly-based attacks instead of a head-on melee fight.

Move Around the Open Spaces 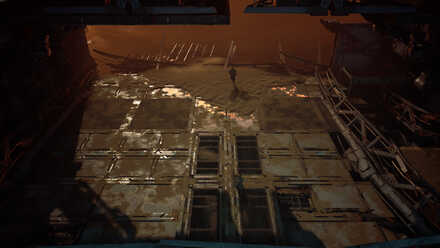 As you can see, you don't have anything that can be used for cover. Yagak will be floating around the field the entire time, spamming Anomaly Rifts indefinitely.

Move around as much as possible!

Yagak summons two Anomaly Rifts at a time and can spam this Skill as much as he wants. You don't want to be put in a situation where you have to deal with 5 or more of these things.

Deal with them as soon as they pop up.

Dodge at the Last Moment of Overload

Whenever Yagak initiates this skill, don't bother shooting at him. Instead focus on the Anomaly Rifts while paying close attention to Yagak's skill bar. Dodge only at the last moment.

Another Anomaly attack you're already familiar with. This attack is easily avoidable, but pay close attention to your surroundings so you don't get hit by Anomaly Rifts when you dodge or roll.

Yagak slams an AoE attack whenever you get too close. Make sure to alway set some distance so he never has to use this attack on you.

Yagak controls a Sand Wyrm that he occassionally uses to slam hard on the arena. Another easily avoidable attack, make sure you dodge in an area the attack doesn't cover.

It's unevadable, it's unavoidable: the ultimate attack. Chain Lightning is capable of killing you instantly if your HP is less than 80%. A perfectly-timed Interrupt can help you survive this attack.

The second arena is a lot smaller than the first, virtually turning this into a deathmatch. In this phase, Yagak will now sport two chain-hooks to deal melee damage. You will want to watch and learn the pattern he uses to dodge effectively.

The key to this battle is a lot of patience and carefully-timed dodges and interrupts.

If you can't interrupt their summoning, you have to deal with them immediately before Yagak summons more.

Yagak will swing his hooks around himself three times, then attack with the fourth swing. You have to dodge at the third swing after he locks on to your position.

Hook Chain is sometimes followed by a cross-patterned attack, which leaves Yagak open to gunfire if you dodge it correctly.

Kill Berserkers As Soon As They Spawn

When you see Yagak put up a shield barrier, look at your map immediately. You only have a few seconds to catch your breath because Berserkers will now spawn.

Yagak will spin his hooks over a wide AoE. Make sure to dodge backwards then sidewards to dodge the succeeding attack that leaves a Burn AoE.

Dodge to the Opposite Side of Sand Wyrm

Yagak still controls the Sand Wyrm causing the sandstorm. If you manage to roll to the opposite side of the arena when the Sand Wyrm slams the ground, you just bought yourself a few seconds of breathing time.

It's unevadable, it's unavoidable: the ultimate attack. Chain Lightning is capable of killing you instantly if your HP is less than 80%. A perfectly-timed Interrupt can help you survive this attack.

Yagak will utilize Anomaly-based attacks in Phase 1 of battle. In Phase 2, Yagak will engage you in a head-on melee fight.

Yagak is a lot stronger now than when you faced in him in Utargak. This fight consists of two phases. If you die on the second phase, you have to redo it all over again.

The damage you can inflict in this fight is scaled to fit the World Tier you set. This applies to World Tiers 2-15. Do not be surprised to see your damage output get lowered if you play at a lower Tier.

If you have gear with these Shards, we recommend to max all of them out before facing Yagak.

This fight, much like the fight with the Shaman Warlord, is not a sprint, but a very meticulous marathon. These Mod-sets were selected to deal passive damage on Yagak over time as you take out Anomaly Rifts and Berserkers.

In order for us to make the best articles possible, share your corrections, opinions, and thoughts about 「How to Beat Yagak (Final Boss) | Boss Fight Strategy Guide | Outriders」 with us!