DLC Release Date and Expansions | Will Outriders Get DLC? | Outriders 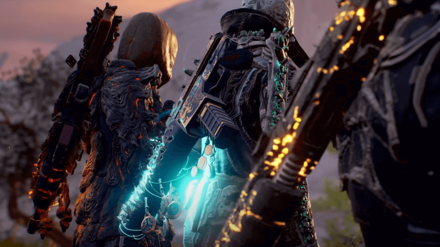 This guide explains Outriders' post-launch plans, from major updates to potential downloadable content (DLC). Read on to learn if the game will get a DLC, as well as how People Can Fly will improve the game in the future.

In an official Reddit post, the developers shared their post-launch plans for the game, which largely focuses on improving the game's performance and optimization in the form of a follow up patch.

Below are the details of the follow up patch:

Although some of these have already been addressed in Patch 1.05, they could still encompass the succeeding patches, as the developers are still working on improving the game's overall state.

Will Outriders Get DLC?

Depends on the Game's Success

According to an interview by the game's Creative Director Bartek Kmita, the possibility of a downloadable content (DLC) for Outriders is entirely up to the game's success.

Given the chance, the DLC's would be significant expansions to the game and would feature self-contained stories set in the Outriders universe.

Post (0 Comments)
Opinions about an article or post go here.
Opinions about an article or post
We at Game8 thank you for your support.
In order for us to make the best articles possible, share your corrections, opinions, and thoughts about "DLC Release Date and Expansions | Will Outriders Get DLC?" with us!
When reporting a problem, please be as specific as possible in providing details such as what conditions the problem occurred under and what kind of effects it had.