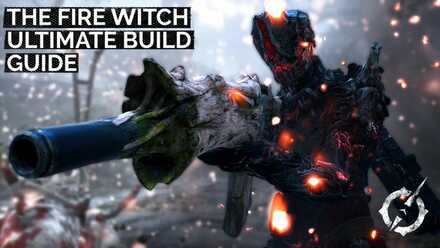 This is a guide to building the Tempest, a Pyromancer Build in the game Outriders. To learn about the weapon, gear, and mods for the Tempest Build, read on. 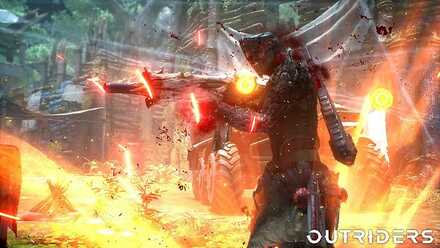 A devastating Pyromancer nuke-based build that relies on weaving skills together with optimal player positioning to maximize its effectiveness.

Overheat temporarily knocks out and inflicts Burn onto enemies. Combine it with your Melee attacks and you got yourself a self-sufficient healing system.

F.A.S.E.R. Beam is an AoE skill that releases an energy beam that damages and interrupts enemies around you. The skill takes time to be activated, but pairing it with the Pure Power and Size Matters mods makes it a fiery ability worth using.

Eruption is a powerful skill that creates a volcanic eruption beneath an enemy. With the Improved Damage and Giga Blast mods, you can annihilate heavy enemies with just one use. 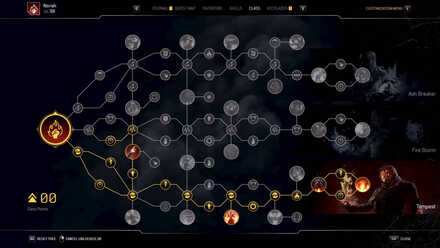 The Tempest build relies on chaining your skills and combat abilities to create the most optimal Pyromancer there is. Start by acquiring skill and damage-buffing nodes (Archmage, Gifted, Mark's Cumulation) to increase your overall combat effectivity.

Similar to the Fire Storm build, invest in Magma Golem, as well as nodes that boost your Armor and Resistance to bulk up your protection against enemies.

You can then use your remaining class points to invest in nodes that decrease your skill cooldowns (Wildfire, Warm Up, World Ablaze), allowing you to be more efficient when using them.

Weapons with the three attributes listed are best equipped for the Tempest build.

Armor with the three attributes listed are best equipped for the Tempest build.

In order for us to make the best articles possible, share your corrections, opinions, and thoughts about 「Best Tempest Build for Pyromancer | Outriders」 with us!