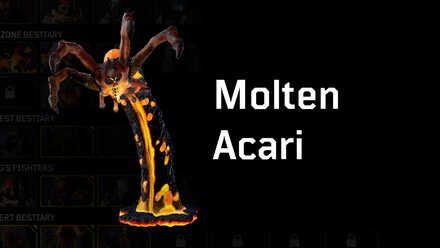 This is a guide to beating the Molten Acari in Inferno in the game Outriders. This article provides information on Molten Acari, as well as tested strategies for beating them.

An enormous arachnid, the Molten Acari has made its home deep inside the volcano in Eagle Peaks, and has likely been the progenitor for most of the smaller arachnids found in the region

Molten Acari has a lot of HP, and you will have to fight it in 3 Phases. There are no Ammo Restock Boxes in the battlefield so make every shot count. 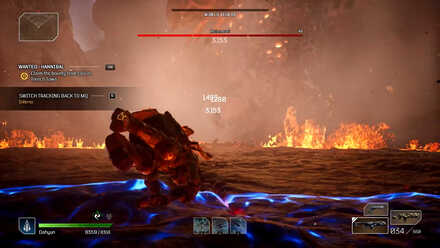 Yes, you read that right. The moment you see Molten Acari, you don't shoot right away, you charge it.

The first attack Molten Acari does is jump towards the other side of the field. If you stand and shoot, you will get caught in the AoE radius. Once you dodge that Jump Attack, that's when you start shooting. 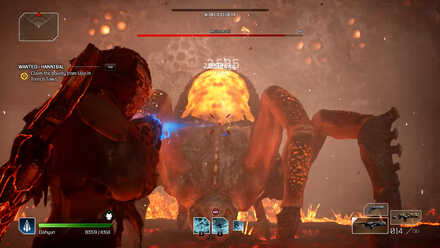 Focus all your shots at the topside belly. Once you do enough damage, it exposes a yellow area that's more susceptible to critical hits. Over time the layer of exoskeleton grows back, so you have to shoot it again to expose that weak spot.

Whenever Molten Acari jumps in its place or raises it front, toggle off your ADS to check where the AoE zones will be. 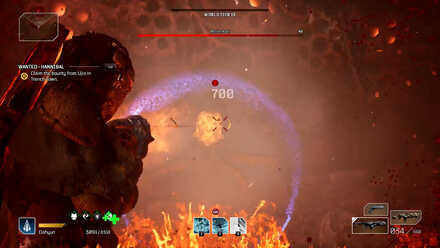 When the Molten Acari is in this position, save your ammo, unless you are confident in your Firepower. Instead of shooting, put down your ADS and check where the Molten Acari will shoot its lava. 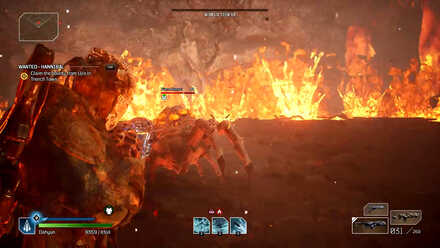 After depleting the Acari's first health bar, it will now enter into second phase. It's similar to the previous phase, except now there are Anomalous Spiders (Flame Hoppers) bothering you during the fight. Use a Skill to kill them just before they jump at you and explode. These spiders will often drop ammo. If you kill them near the edges of the field, the ammo might drop in the lava perimeter.

When the Molten Acari jumps away and exposes its backside, that's your signal to move in closer. Whenever Molten Acari turns its back, it will spew lava to the farthest side of the battlefield. Keep yourself safe, and charge ahead while you shoot.

On The Wall Again 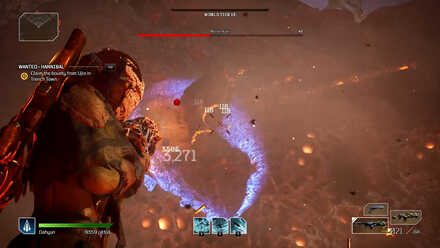 This is similar to Phase 1's attack. Use this time to maneuver through the AoE zones and collect ammo from Anomalous Spiders.

Finally, after losing two health bars, the Acari enters its final form - a gigantic tentacle-like creature that spews lava from its sides. The moment you see those blue zones, you toggle down your ADS and you run around the field until the attack stops.
Use Anomaly-powered bullets and shoot the orange nodes of the Acari to inflict more damage.

The attack is always in a counterclockwise rotation

The battlefield is not entirely safe to weave through as you dodge the Molten Acari's attacks. The surrounding perimeter and some spots, oftentimes the aftermath of Molten Acari's attacks, have magma rising up. These spots inflict Burn and deal heavy damage over time so it's best to avoid them!

In order for us to make the best articles possible, share your corrections, opinions, and thoughts about 「How to Beat Molten Acari | Boss Fight Strategy Guide | Outriders」 with us!