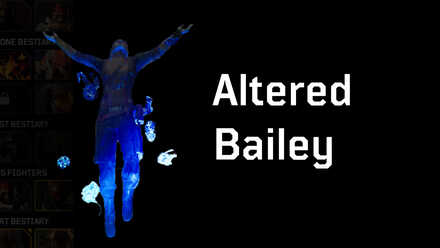 This is a guide to beating Altered Bailey in Relics in the game Outriders. This article provides information on Altered Bailey, as well as tested strategies for beating them.

Over time Bailey's bitterness grew, over your Altered abilities, over her perception you were leading her to her death.
While attempting to stop August, believing the native was causing the storm, Bailey was struck by a crystal shard infused with the Anomaly's energy and appeared to be granted the powers of an Altered.

The arena where you fight Bailey is a small and tight area, forcing you to be a bit up close with her. However, her attacks are fast and widespread, so take cover behind the two pillars to avoid getting hit.

Use your Interruption skills to disrupt any of her abilities as much as possible.

Similar to the Solar Blast but gives you an indicator of the Skill's range and width. The same tactic of dodging at the right moment is applicable to this attack.

This attack shoots up spikes over a wide AoE and inflicts Freeze on contact. We recommend battling Altered Bailey at a distance because she can use this attack consecutively at close-range.

A ranged AoE attack that summons a large rock and chunks it over a wide area. Luckily, Altered Bailey can't attack with gun while the skill is taking effect. Dodge to the side and continue peppering her with bullets. 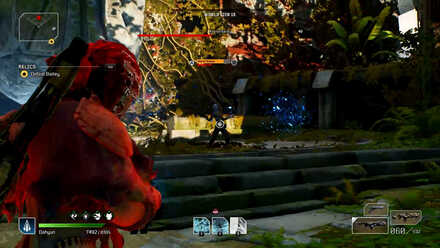 This is a defensive skill. Rocks surround Altered Bailey giving her a defense boost. You can opt to interrupt this or continue your rampage. It will help to have Armor and Resistance Piercing Mods equipped for this battle.

This Skill is similar to the Devastator's Impale. It generates random AoE circles as markers to where the spikes will come from. Avoid these circles and continue firing.

Similar to the Cremator's Charge. This attack not only knocks down enemies, but also leaves a small AoE in its wake. You can still avoid getting hit at the last moment.

In order for us to make the best articles possible, share your corrections, opinions, and thoughts about 「How to Beat Altered Bailey | Boss Fight Strategy Guide | Outriders」 with us!