List of Classes | What is the Best Solo Class? | Outriders 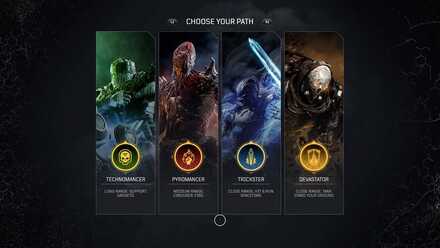 This is a guide for all the Classes and Best Class to choose for solo in Outriders. Read on to learn more about each of the four classes available in the game, as well as which class is best for each type of player! 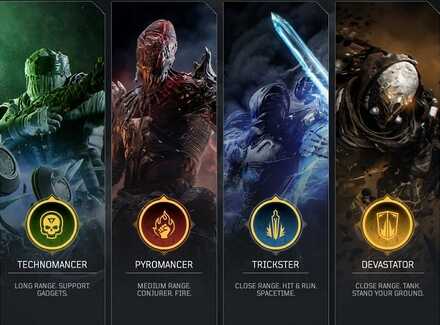 What is the Best Solo Class?

Essentially, there is no "Best Class" in the world of Outriders. All Classes are equally powerful in their own right. It's up to a player's creativity and aggresive gameplay to unleash the full potential for any Class.

However, if you're planning to play the game on solo, you might find it much easier using the Devastator class, considering its moveset and class tree nodes that increase the Devastator's survivability while still being able to dish out heavy damage, even against groups.

The Technomancer class focuses on dealing damage from afar, as well as supporting allies by animating gadgets like turrets and providing healing.

The Pyromancer class can take out a group of enemies quickly using a set of medium-ranged fire-based skills.

Choose this class if you want a caster role, much like a "mage" in a typical RPG, that is in charge of dishing out damage using skill combos, especially against mobs.

The Trickster class can move in and out of the enemies quickly using spacetime skills. Its moves are mostly for close range combat and players can customize their Trickster to a DPS build or a Tank build that can both make the most out of its healing mechanic and shield.

Players who prefer getting behind enemy lines before assassinating enemies quickly in close range combat suit the Trickster class best.

The Devastator class specializes in acting as a vanguard by drawing enemy fire to protect allies before unleashing AoE attacks upon reaching the enemy lines.

This class is best for players who love the tank role as you're going to need to charge to the heart of the battle to maximize the Devastator's skills and mechanics while also dealing huge amounts of damage.

Which Class Will You Choose?

In order for us to make the best articles possible, share your corrections, opinions, and thoughts about 「List of Classes | What is the Best Solo Class? | Outriders」 with us!