A skill-based build that focuses on increasing damage and reducing cooldown of seismic skills, making you a mage-like tank.

Impale interrupts a Boss from performing their strong attacks and deal a ton of damage. Add the Impaler mod to allow you use this skill two times before triggering the cooldown.

When playing in co-op, Impale grants all allies with Armor and Health regeneration, as long as the attack is lethal, and can provide support for classes with low Health such as the Technomancer.

Tremors is an AoE skill that drains Health from enemies. It can hit enemies with a medium radius and is useful to deal with enemies that swarm you such as the Cutthroats and Perforos. 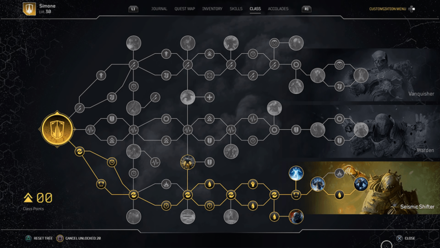 This particular Seismic Shifter build focuses on using skills and increasing your Bleed damage to quickly kill enemies as fast as possible.

With increased Bleed duration and damage, the Blood Donation class node allows you to heal for 25% of your Bleed damage. Combine this with the Impale skill, you can easily restore your Health and ensure survivability.

To reduce a skill's cooldown, unlock every Endless Tremors class nodes in the class tree. In addition, you can also equip a mod that lets you use a particular skill two times before triggering its cooldown.

Weapons with the three attributes listed are best equipped for the Seismic Shifter build.

Armor with the three attributes listed are best equipped for the Seismic Shifter build.

In order for us to make the best articles possible, share your corrections, opinions, and thoughts about 「Best Seismic Shifter Build for Devastator | Outriders」 with us!