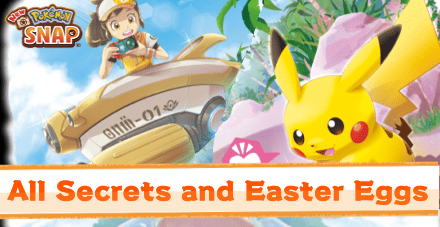 This is a guide to the different secrets, easter eggs, and other references that can be found in New Pokemon Snap for the Nintendo Switch. See what kind interesting hidden secrets await in the Lental Region! 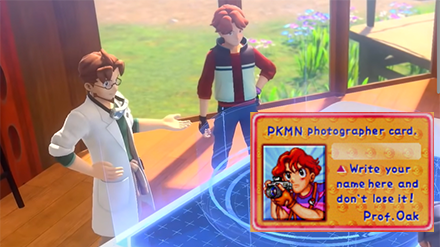 Todd Snap, the protagonist of the original Pokemon Snap for the N64, reappears in New Pokemon Snap as one of the supporting characters who aids Professor Mirror on his research.

He often speaks of his prior photography experience and sometimes gives tips on how to get better scoring photos. 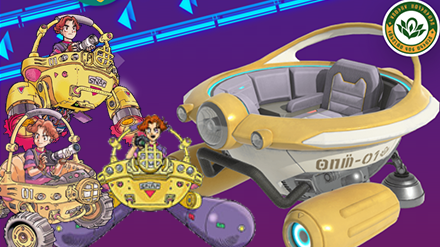 As you traverse the islands of the Lental Region, you'll be boarding the Neo-One, the game's primary vehicle. This vehicle seems to pay homage to the Zero-One used by Todd Snap from Pokemon Snap on the N64.

Much like the Zero-One, the Neo-One seems to retain the it's predecessor's capabilities of traversing most types of terrain. This is just one of the many tools that you'll use as you research Pokemon in the Lental region.

Similar to the Galar Region, the Lental Region appears to have it's own unique alphabet used in their forms of writing. The characters they use seem to have a 1:1 correspondence with English characters.

Through observation and inference, we've compiled several instances where we can see this writing to try and decipher what they might mean. 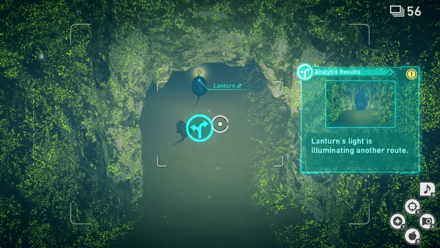 While on an expedition, you may come across some research spots that you can scan, which lead you to a hidden path in the course.

Increasing your Research Level or following some specific steps allows you to unlock these Alternate Routes. You also get a Research Title as a reward for finding these hidden paths!

Check our guide below to find all Alternate Route locations! 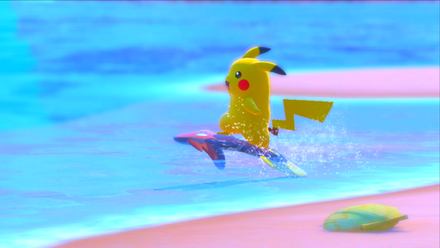 The iconic imagery of Surfing Pikachu makes it's reappearance in New Pokemon Snap with a silly little twist!

In Beach (Day), a Pikachu may be lured to a nearby Stunfisk which it will attempt to ride like a surfboard! Taking a photo of this surfing Pikachu completes the Near the Water's Edge request.

In Reef (Day), Pikachu will appear surfing on a Mantine if the first Crystabloom of the course is lit up.

Pikachu Locations and How to Get All Stars 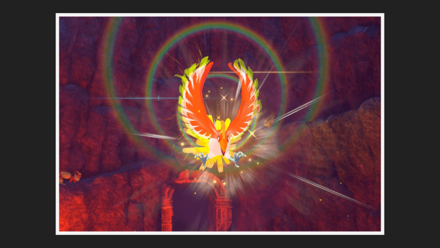 When you encounter Ho-Oh in the Volcano at Research Level 3, it starts to screech and shows off its wings. This is the same pose that the Pokemon does when you encounter it in the GBA Pokemon games.

Ho-Oh Locations and How to Get All Stars

Two Jynx in an Ice Cave 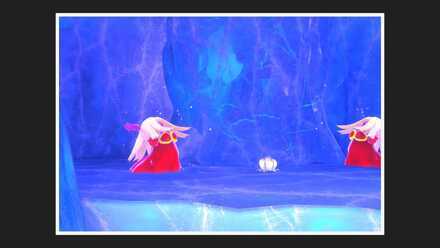 In the original N64 Pokemon Snap, there are two Jynx in the cave level that will summon an Ice-type Pokemon after using the Poke-Flute.

In New Pokemon Snap, two Jynx can also summon an Ice-type Pokemon in the Snowfields (Night) course after following some steps. This time, an Aurorus can be freed from the ice.

How to Clear With Their Powers Combined Request Walkthrough 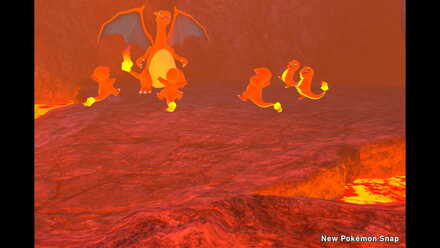 In the original N64 Pokemon Snap, if you keep throwing fruits at a particular area in the volcano level, a group of Charmanders appear and you can take their group photo.

In New Pokemon Snap, one request in the Volcano course requires you throw multiple Fluffruits for a group of Charmanders to appear. 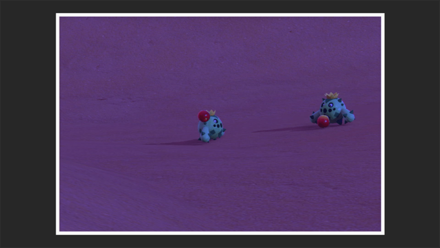 Cacnea Locations and How to Get All Stars

When pausing the game, you can find a random silhouette of a Pokemon next to the Pause Menu text. Hovering over the silhouette causes it to change its pose and pressing the A button causes it to bop a bit.

You can also find another Pokemon silhouette on the Retry Menu, as well as the photo selection screen.

Mew in an Orb

Mew can be found in the last course in the original N64 Pokemon Snap. To take its photo, you need to break its transparent orb multiple times.

In New Pokemon Snap, you can find Mew hidden in the Jungle course after completing the story. Similar to the previous game, you need to throw Fluffruits while in its orb form multiple times to take its photo.

Mew Locations and How to Get All Stars

Photos in the Lab

On the loading screen, the game mentions that Rita has landscape photos that cannot be found anywhere in the Lental Region. If you head to the alternate route in the Research Camp, you can find these photos inside.

Upon closer inspection, these photos are actually concept art from the latest Pokemon movie, Pokemon the Movie: Secrets of the Jungle.

Research Camp Walkthrough: List of Pokemon and How to Unlock 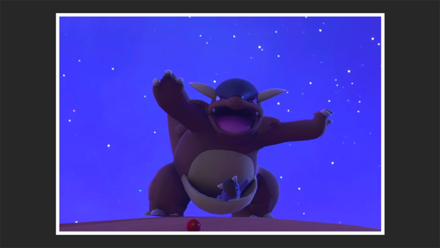 If you throw a Fluffruit at a Kangaskhan, it starts to roar and intimidate you. This is the same pose that the Pokemon does if you throw an apple at it in the original N64 Pokemon Snap.

Kangaskhan Locations and How to Get All Stars 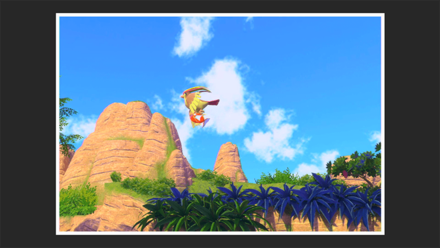 In the mobile game Pokemon: Magikarp Jump, you train a Magikarp and compete to see whose Pokemon can jump the highest. One random event in the game involves a Pidgeotto snagging away the player's Magikarp if it jumps too high.

In New Pokemon Snap, one request requires you to make Magikarp jump high enough to get snatched by a Pidgeot.
How to Clear Flopping by the Water Request Walkthrough 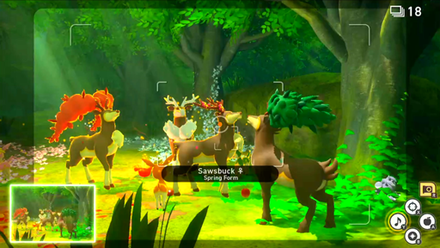 One request in New Pokemon Snap involves helping a Deerling reunite with a Sawsbuck. This allows you to take the Sunny Spot area of the Forest, which all of Sawsbuck's forms can appear after following some steps.

The premise of this request is similar to an episode of the Pokemon anime, "The Four Seasons of Sawsbuck!". The episode involves a Pokemon photographer getting lost in a foggy forest and stumbling upon a secret spot that contains all of Sawsbuck's seasonal forms.

How to Clear A Seasonal Gathering Request Walkthrough

We are still on the lookout for more secrets and easter eggs available in New Pokemon Snap. If you found something that we missed, be sure and let us know in the comments section below!

In order for us to make the best articles possible, share your corrections, opinions, and thoughts about 「All Secrets and Easter Eggs | New Pokemon Snap (Switch)」 with us!