This is a guide to Cacnea's Photodex entry in New Pokemon Snap (Pokemon Snap 2) for the Nintendo Switch. Here you can find out how to take one star, two star, three star, and four star photos for Cacnea, and how to get a diamond star rating!

Where to Find Cacnea

How to Get All Stars for Cacnea

How to Take Cacnea 1 Star Photo

You can get a 1 Star photo of Cacnea near the start of Sands (Day) at Research Level 3. To the right of the path, you can spot two Cacnea bathing in the sun. Once you are close to the two Pokemon, take a photo of one of the Cacnea.

How to Take Cacnea 2 Star Photo

At the start of Sands (Night), you can spot two Cacnea going over a sand dune. The rolling Cacnea will land on its face at the base of the sand dune while the other will run over to help it back up. After that Cacnea gets back up, toss a Fluffruit near one of the two Cacnea and take a photo as it inspects the fruit.

How to Take Cacnea 3 Star Photo

Near the start of Sands (Day) at Research Level 2 or lower, you can find a Cacnea standing on a sand dune to the right of the path. As you approach, the Cacnea will start rolling down the dune. Take a photo of the Cacnea as it is rolling to get a 3 Star photo. It is recommended to use Burst Mode to take the best photo of Cacnea rolling.

How to Take Cacnea 4 Star Photo 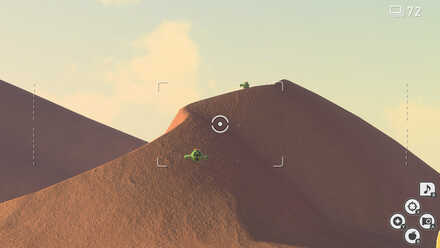 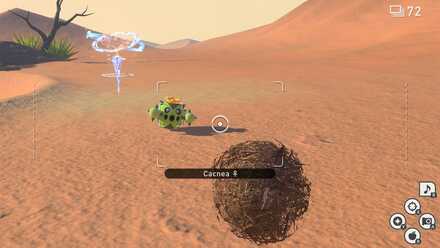 As you pass the large holes in the sand, you can spot one or two Cacnea chasing tumbleweed near the teleportation point. Take a photo of a Cacnea as it is chasing a tumbleweed to capture a 4 Star photo.

Register as a member and get all the information you want. (It's free!)
Login
Opinions about an article or post go here.
Opinions about an article or post
We at Game8 thank you for your support.
In order for us to make the best articles possible, share your corrections, opinions, and thoughts about "Cacnea Locations and How to Get All Stars" with us!
When reporting a problem, please be as specific as possible in providing details such as what conditions the problem occurred under and what kind of effects it had.