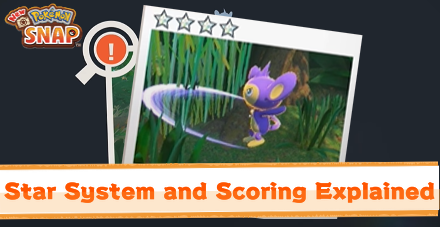 How Star Rating is Calculated 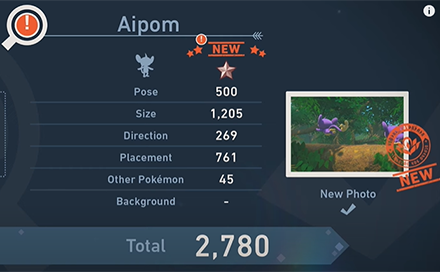 Much like in the original Pokemon Snap for N64, your photos are graded by the professor following different criteria that deal with the composition of the photo. After awarding points in each criteria, Professor Mirror awards a certain color of stars, with Diamond Star photos being the best.

Below is an explanation for each of the criteria for taking photos. 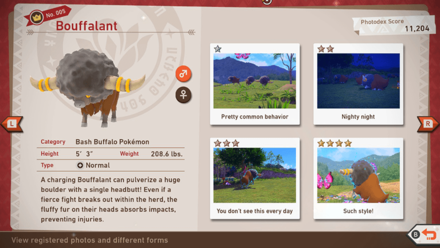 Each photo taken can be awarded anywhere from 1 to 4 stars. This star rating indicates how common or how rare a behavior is in one of your photos, and you'll need to get at least one photo of each star rating to complete your Photodex.

Through more interactions and discovering the various behaviors a Pokemon exhibits, you can work towards finding a one, two, three, and four star photo for a single Pokemon. Raise your Research Level to have more encounters with Pokemon and perhaps have them exhibit rarer behaviors.

How to Raise your Research Level Quickly

How to Get a High Star Rating 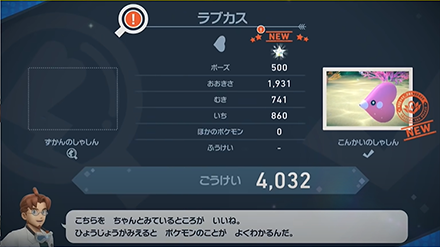 The stars you receive when scoring photos will also be colored depending on how high-ranking the score is! The color ranges from Bronze, to Silver, then Gold, and Diamond. The higher score you get, the better rank your stars will have!

The table below shows the photo score you will need to reach to get the highest star ranking.

Keep in mind, higher photo scores does not higher star rating! Star ratings are rewarded solely based on how rare the Pokemon's behavior is, and you should aim to snap all four of them. It is possible to get a Gold or even Diamond star rating on a photo with only one or two stars.

Get Hints From Requests 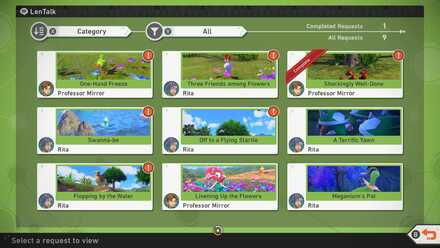 Most of these requests require 4-star snaps and since you get higher photo score for taking a picture of poses with higher star rating, you can boost your Photodex score as well as complete your Photodex through LenTalk!

Capture a Pokemon Striking a Pose 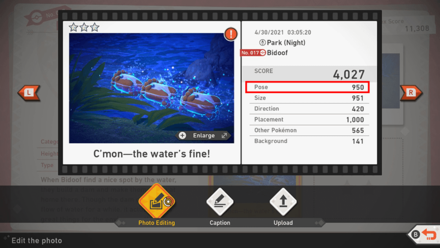 Take a photo of a Pokemon behaving differently than usual to get a high score on the Pose criteria and a higher star rating.

You can use the Scan Mode to locate Pokemon hiding in plain sight and check if they do something interesting. Some Pokemon even react to the Scan Mode's sound so try utilizing this function whenever you can!

How to Use Scan Mode 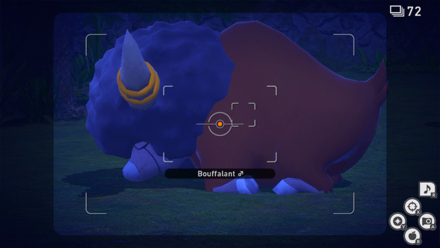 If you find that a Pokemon is too far away, hold down the ZL or L button to zoom in and press A to take a photo! This lets you score high points in the size criteria. Though this sounds really useful, be careful not to zoom too much as it can cut parts of the Pokemon out in the picture!

Include Other Pokemon in the Photo 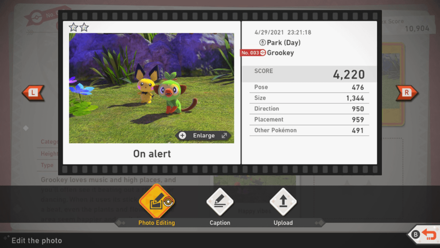 You can also include other Pokemon in the photo to increase your overall photo score. You will get higher score on the Other Pokemon criteria if you take a shot of the Pokemon together with other Pokemon of the same or different species.

Keep an eye out for a group of Pokemon gathering nearby and take a photo! 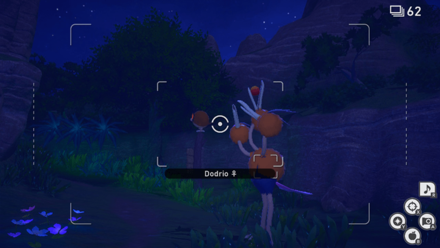 Throwing Fluffruits at a Pokemon shows varying effects. Hitting a Pokemon with a Fluffruit can wake them up, get their attention, or simply feed them.

You can also utilize this item by luring a Pokemon to a better position to get better photo scores (or even Diamond Stars) or discovering an entirely new behavior, giving you an opportunity to get a higher star rating.

Fluffruit Effects and How to Use 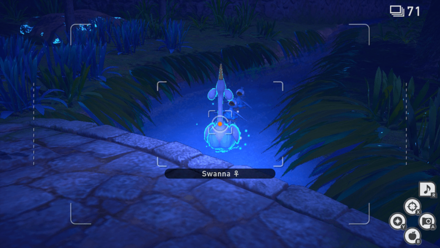 Throwing an Illumina Orb directly at a Pokemon generates what's known as the Illumina Phenomenon. Pokemon in this state sometimes exhibit rare or unusual behaviors. Taking a photo of them lets you score higher photo scores overall.

You can also use Illumina Orbs to trigger events needed for LenTalk Requests such as Clawitzer enhancing his shots, Wurmple using Poison Sting, and many more! These kinds of shots make it easier to grab those Diamond Stars and get poses with the highest star rating.

Illumina Orb Effects and How to Use

In order for us to make the best articles possible, share your corrections, opinions, and thoughts about 「Photo Scoring Guide: Star Meaning and How to Get a High Star Rating | New Pokemon Snap (Switch)」 with us!