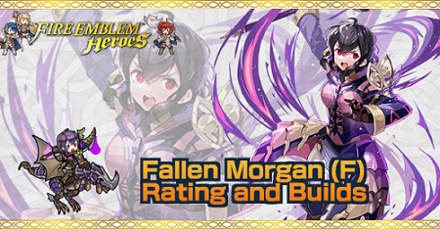 This is a ranking page for the hero Morgan - Devoted Darkness from the game Fire Emblem Heroes (FEH). Read on to learn the best IVs (Individual Values), best builds (Inherit Skill), weapon refinement, stats at Lv 40, and more for Fallen Morgan (F). 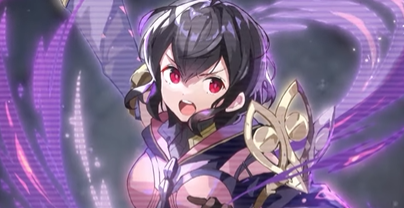 Atk is also a superboon so you should take advantage of it as much as possible.

We recommend a +Atk IV when merging Morgan to 10. This is for the same reasons as above and at this point, she will reach 63 Atk.

A budget build for Fallen Morgan (F). This leans very heavily into increasing her overall Atk and Def for massive amounts of damage.

Fallen Morgan (F) is a close physical attacker (range = 1). Therefore, when not accounting for the Weapon Triangle, the amount of damage she deals will be equivalent to her Atk minus the foe's Def stat. 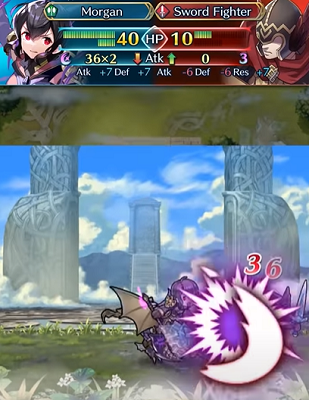 Fallen Morgan's Axe of Despair will inflict Atk/Res-6 on an enemy unit and will trigger any of the follow effects depending on the total number of buffs on herself and the debuffs on her target:

This makes fighting Fallen Morgan (F) difficult as she can easily trigger all these conditions with her Atk/Def Solo 4 and Atk/Def Menace skills.

Atk/Def Solo 4 grants Fallen Morgan (F) +7 Atk/Def during combat when she enters a fight without adjacent allies. This skill is not only very powerful, but it is also very easy to utilize. Because Morgan has flying movement, the least limited movement in the game, it will be pretty easy to position her away from allied units.

As a flying unit, Melady takes 1.5x damage from bows and weapons effective on flying units. Be sure to keep them out of the range of archers and leave them to other units.

You can choose to get an Iote's Shield Sacred Seal onto her to neutralize this weakness. Check out the builds section for skill builds for Fallen Morgan (F)! They also contain explanations that help you understand the listed skill compositions.

Morgan - Devoted Darkness Only Appears as a 5 Star Hero! 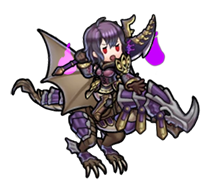 Atk/Def Solo 4 also has inheritance value, but it is very available from other units.

How to Get Fallen Morgan (F) / Illustrations / Voice Actor / Quotes

How to Get Fallen Morgan (F)

Fallen Morgan (F) is a Hero who can be pulled from any summon.

Register as a member and get all the information you want. (It's free!)
Login
Opinions about an article or post go here.
Opinions about an article or post
We at Game8 thank you for your support.
In order for us to make the best articles possible, share your corrections, opinions, and thoughts about "Fallen Morgan (F) Builds and Best IVs" with us!
When reporting a problem, please be as specific as possible in providing details such as what conditions the problem occurred under and what kind of effects it had.