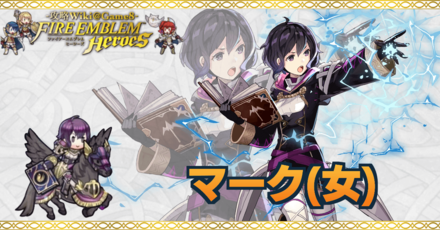 This is a ranking page for the hero Morgan - Lass from Afar from the game Fire Emblem Heroes (FEH). Read on to learn the best IVs (Individual Values), best builds (Inherit Skill), weapon refinement, stats at Lv 40, and more for Morgan (F).

Morgan's best IVs are +Atk and -HP. Morgan's base Spd of 30 is nothing special, so we recommend trying to increase the damage output of each individual attack, rather than focusing on follow-up attacks. If you want to increase the effectiveness of Atk Ploy and Father's Tactics, then +Res is a good IV as well.

If you are building a +10 merged Morgan, we instead recommend +Spd. At 10 merges, Morgan's Spd stat will reach 37, and with her weapon skill's effect triggered, she will become pretty adept at gaining follow-up attacks. If you instead want to make her a Res Tank, +Res is a good option as well.

We recommend the Special Effect Refine for Father's Tactics

If you want to refine Morgan's exclusive weapon Father's Tactics, we recommend the Special Effect Upgrade. With this upgrade, both Morgan and nearby allies will receive an Atk/Spd+3 buff during combat, provided there is a nearby ally. The condition for this skill is very easy to trigger, and it can be used to support both Morgan and her teammates.

Morgan is a ranged magic attacker (range = 2). Therefore, when not accounting for the Weapon Triangle, the amount of damage she deals will be equivalent to her Atk minus the foe's Res stat. She is one of the few flying mages, and many of her default skills focus on tanking the foe's magic attacks and gaining buffs.

+4 to all stats when Res is higher than the foe's

With her exclusive weapon skill Father's Tactics, Morgan can gain +4 to all stats during combat if her Res is higher than theirs. With her high Res stat, this makes the effect easy to trigger, and when combined with the skill Atk Ploy, she can fight at an advantage.

Mirror Stance will allow Morgan to gain Atk/Res+4 when the foe initiates combat. This has good synergy with her weapon skill, and increases her viability as a Res Tank.

Can prevent enemy specials with Guard

Morgan's B skill Guard can slow down the enemy's special cooldown. This is a very effective counter against common seals like Ostia's Pulse or Heavy Blade, which make specials trigger much more quickly.

As a flying unit, Morgan takes massive damage from bows and other flying-effective weapons. Regardless of the weapon triangle, a hit from a bow is sure to wipe her out, so make sure she stays far away from archers.

Due to her low Def stat, Morgan is not very adept at tanking physical attacks. Her base Spd is also rather mediocre, so she will frequently have to deal with follow-up attacks from foes. Physical attackers in general spell trouble for Morgan, so be sure and only tank magic attacks with Morgan, if using her primarily in Enemy Phase.

Should you Unlock Potential for Morgan (F)?

Morgan - Lass from Afar Only Appears as a 5 Star Hero!

Morgan (F) as a Source Hero

Morgan can be used to inherit the weapon skill Blárserpent+. However, if you do not already have a flying mage that you can use, we recommend building her before foddering off or merging any duplicates.


How to Get Morgan (F) / Illustrations / Voice Actor / Quotes

How to Get Morgan (F)

Morgan (F) is a Hero who can be pulled from any summon.

Register as a member and get all the information you want. (It's free!)
Login
Opinions about an article or post go here.
Opinions about an article or post
We at Game8 thank you for your support.
In order for us to make the best articles possible, share your corrections, opinions, and thoughts about "Morgan (F) Builds and Best IVs" with us!
When reporting a problem, please be as specific as possible in providing details such as what conditions the problem occurred under and what kind of effects it had.