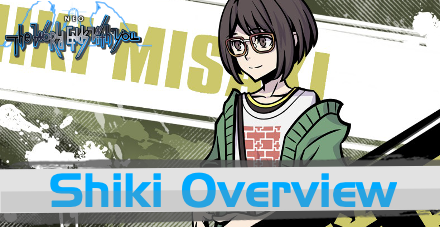 This is the character page for Shiki Misaki containing her backstory in the game NEO: The World Ends with You (NEO: TWEWY). Read on to know more about the creator of Mr. Mew & Gatto Nero founder, as well as her relationship with Neku. 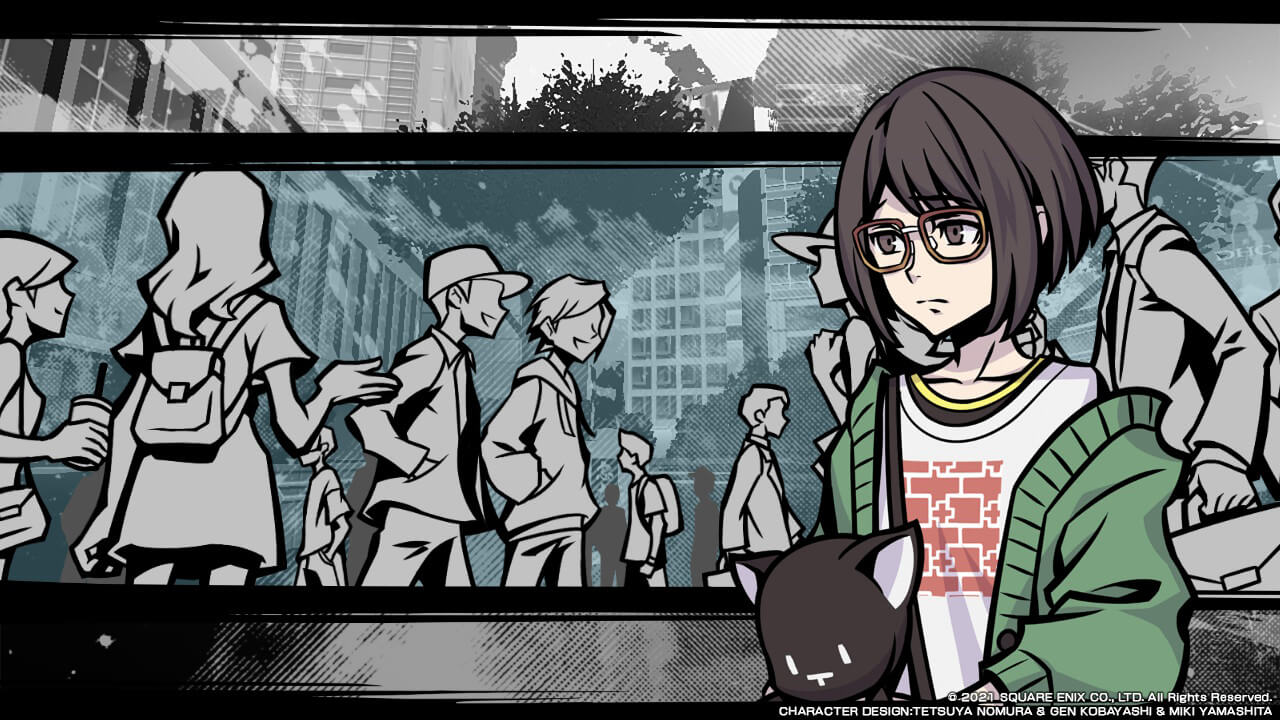 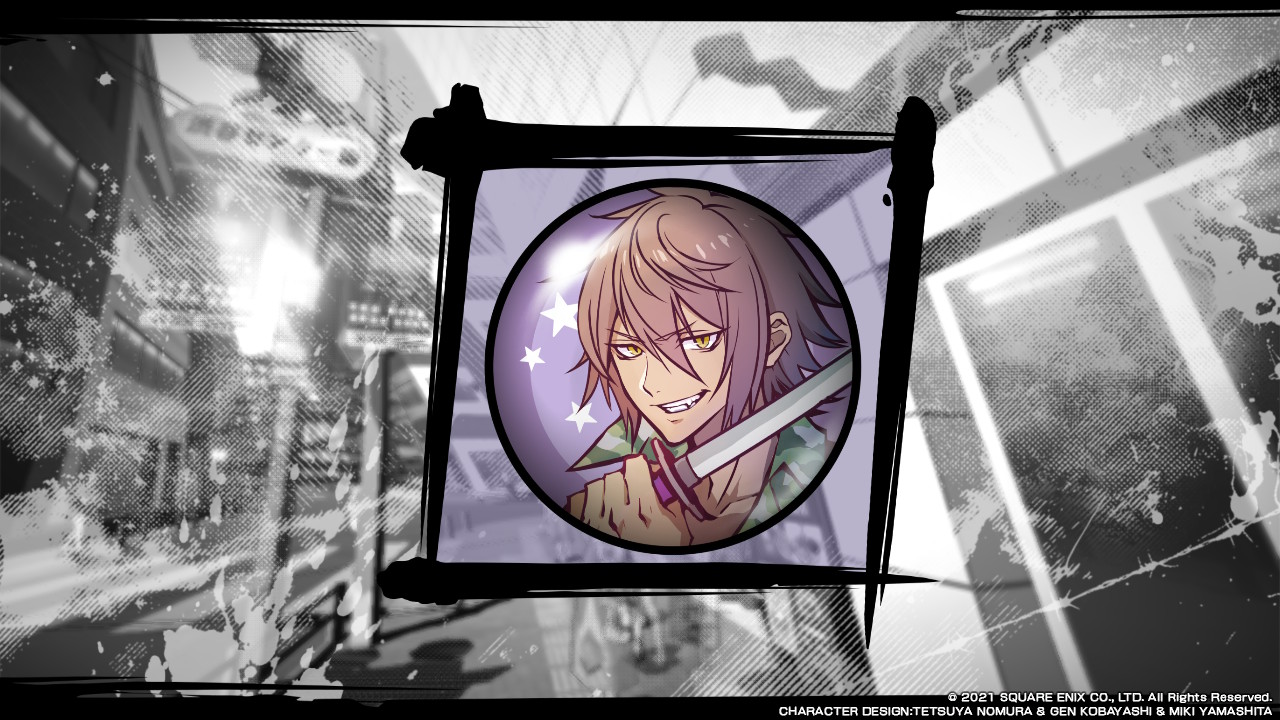 On the sixth day of TWEWY, Neku was spotted another Shiki in the RG, a girl with short hair, wearing glasses and a green jacket.

On Week 3, Final Day of NEO: TWEWY, Shiki and Neku reunited. Here in NEO, Shiki's appearance did not change much. It looks similar to her appearance in TWEWY. She's wearing a green cardigan, thick-rimmed glasses, and her hair is still short. 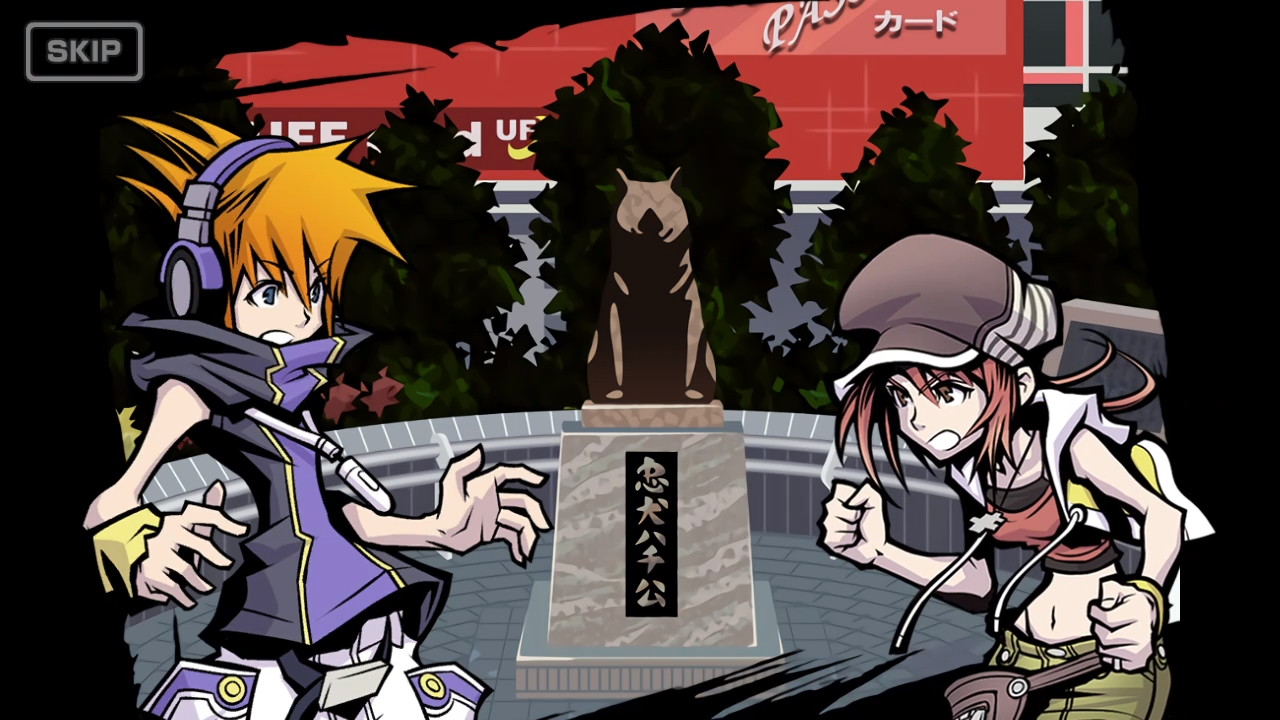 Shiki was Neku's first partner for Week 1. She was the one who taught Neku the mechanics of the Reaper's Game and gave him his first Pin. 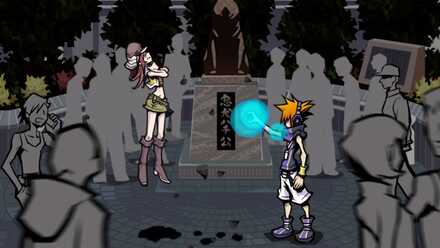 At the end of the second day, Reaper Uzuki Yashiro went against the rules and told Neku he could leave the Game if he erased Shiki. Neku immediately attempted to erase Shiki, as she begged him not to.

A Fallen Angel intervened and revealed the Reaper was tricking Neku. He then lectured Neku about trusting his partner and ordered him to apologize to Shiki. Neku apologized and Shiki forgave him. After this incident, Neku started to show less hostiliy towards Shiki and tried to be more open with others.

On the fourth day, after their ally Rhyme was erased, Shiki accused Neku for his lack of grief. Neku snapped at her and told her that he wasn't her friend and he was just sticking with the group to survive. Shiki was hurt and told him that he was no better than a Reaper.

Shiki's dreams of becoming a designer

Shiki and Eri were classmates and they both loved designing clothes and making them. Shiki felt frustrated because she couldn't think up a new clothing designs. Eri tried to cheer her up by telling she's not meant to be a designer but a seamstress. However, this backfired and hurt Shiki's feelings since Shiki really wanted to become a designer. Eri was unable to apologize since Shiki unfortunately passed to the UG the next day.

After defeating the Game Master, Shiki, Neku, and Beat survived the Reaper's Game, which allowed them one request to be granted. Beat went on to join the Reapers and Shiki was chosen to go back to the RG.

Neku got his memories back but had to compete in the Reapers' Game again to return to the RG. As a result of this, Neku's new entry fee was chosen by the Composer to be Shiki, which prevented her from going back to the RG.

Returning to the UG (Week 3)

Shiki was returned to the UG after Neku and Beat defeated the Game Master in Week 3. Afterward, she was mind-controlled by the Conductor of the Game. Once again, Neku was able to defeat the boss, as well as save her and all others affected.

After a brief face-off between Neku and the Composer, who was revealed to be Joshua (Neku's partner after Shiki), Shiki, Neku, Beat, and Rhyme all returned to the RG. In the RG, Shiki revealed her true appearance to them.

In order for us to make the best articles possible, share your corrections, opinions, and thoughts about 「Shiki Misaki Overview | NEO: The World Ends with You (NEO TWEWY)」 with us!