How to Beat Go-go Beringei | Boss Fight Guide | NEO: The World Ends with You (NEO TWEWY) 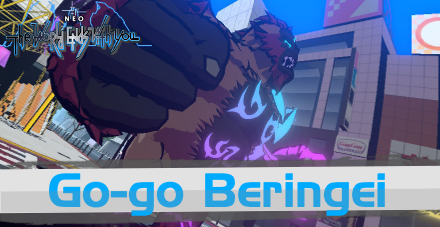 This is a guide to beating Go-go Beringei in NEO: The World Ends with You (NEO TWEWY). Learn about Go-go Beringei's attack patterns, weaknesses, and tips and strategies for defeating them. 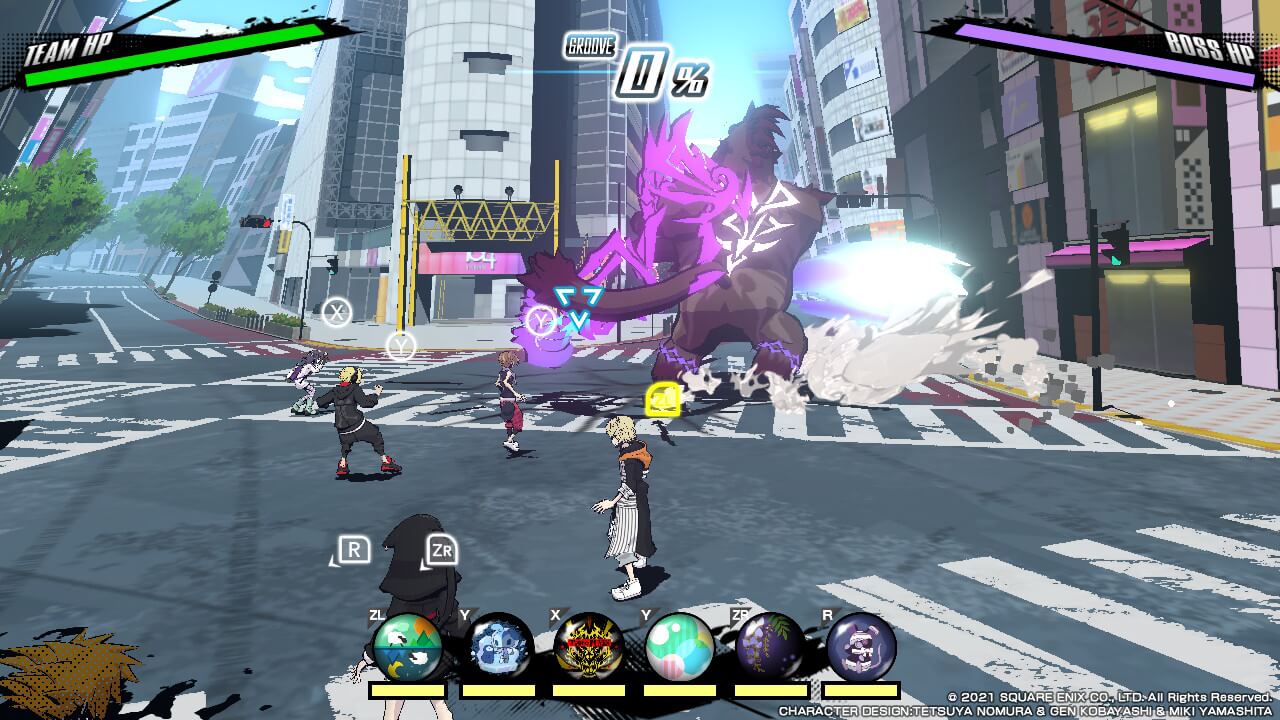 Go-go Beringei's right arm (the less powered up one) swipes players directly in front of it, after signaling the attack with a red flash. 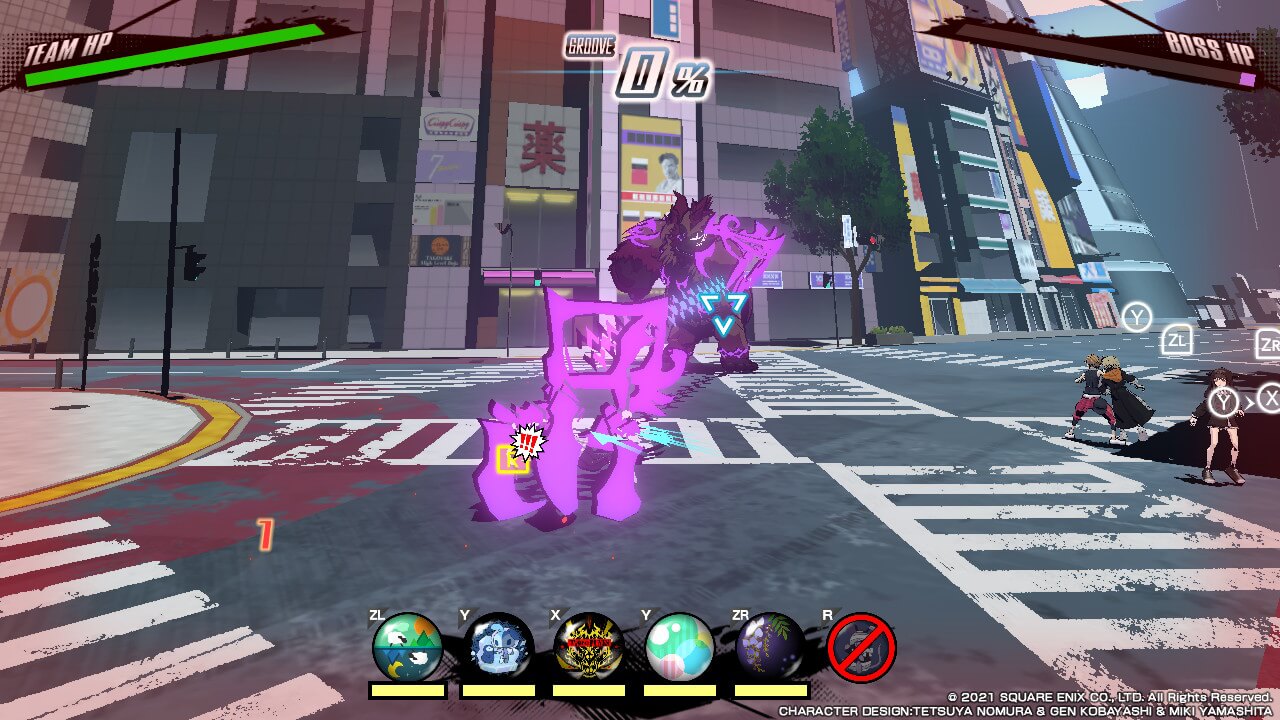 Go-go Beringei's left arm (the glowing one) extends far in order to grab a player. The caught player will be trapped in its grasp for a significant time unless the left arm is attacked by other players. 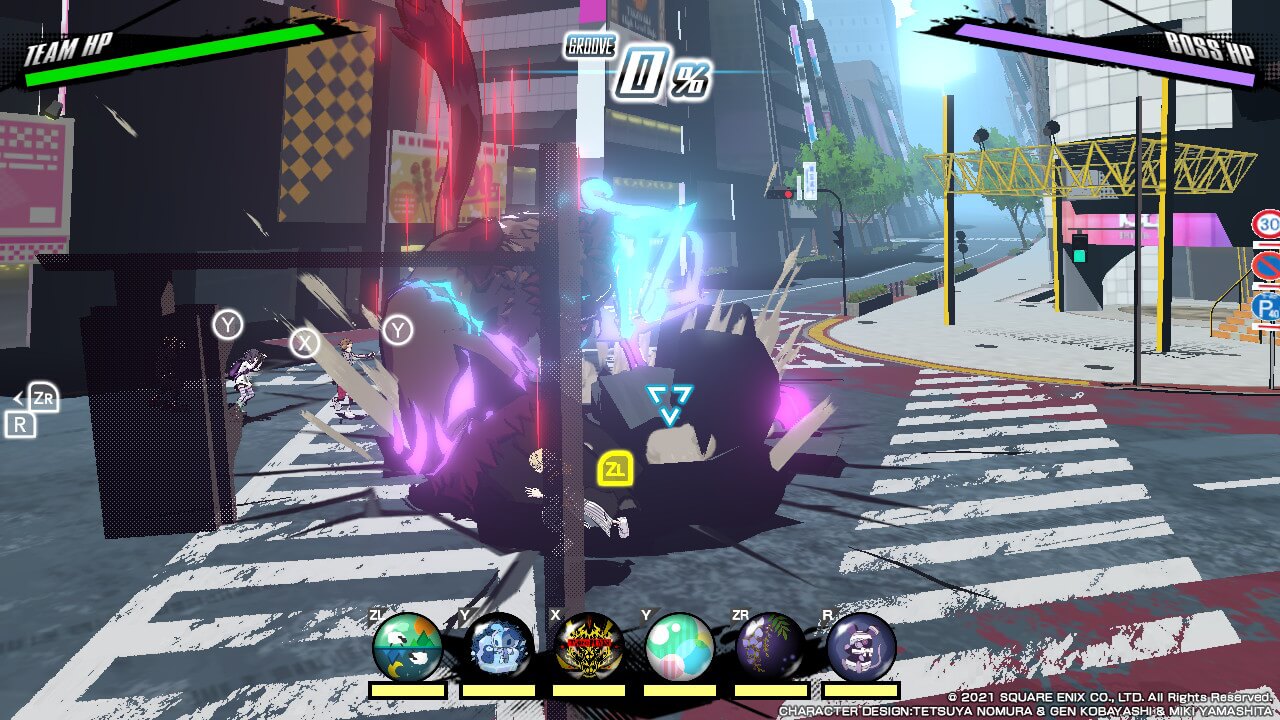 After both arms signal an attack with 1 red flash each, Go-go Beringei leaps forward into the air then comes smashing down. 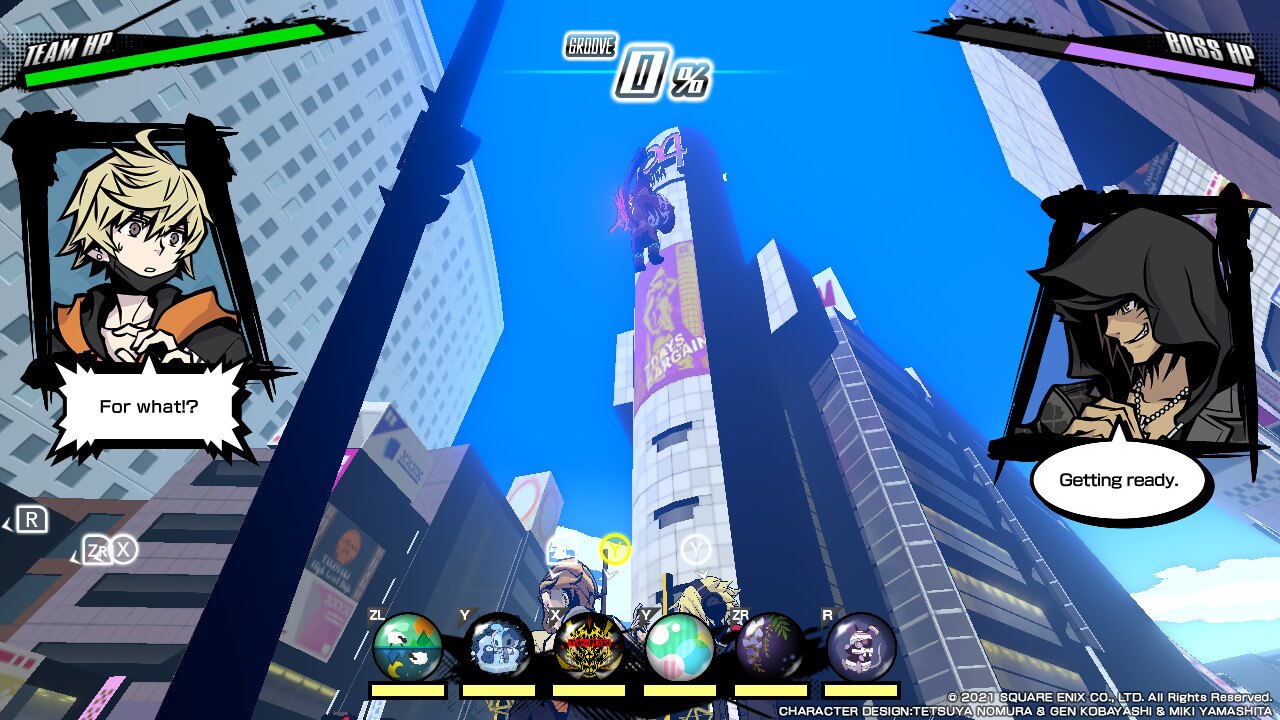 After losing a significant amount of HP, Go-go Beringei climbs the 104 Building then leaps off it for an incredibly powerful ground smash affecting the middle area of the battlefield.

Use any Force Rounds or mid-range attacks against Go-go Beringei, so you have mobility to dodge its attacks. Classical Cacophany is the best early Pin to have due to its power, accuracy, and Pin Affinity advantage over Go-go Beringei.

You can lock on to either Go-go Beringei's torso, left arm, or right arm. Attacking an arm until its destroyed will prevent Go-go Beringei from using that arm's specific attack. The arm regenerates after a while, but it's a good tool to limit its attack options. 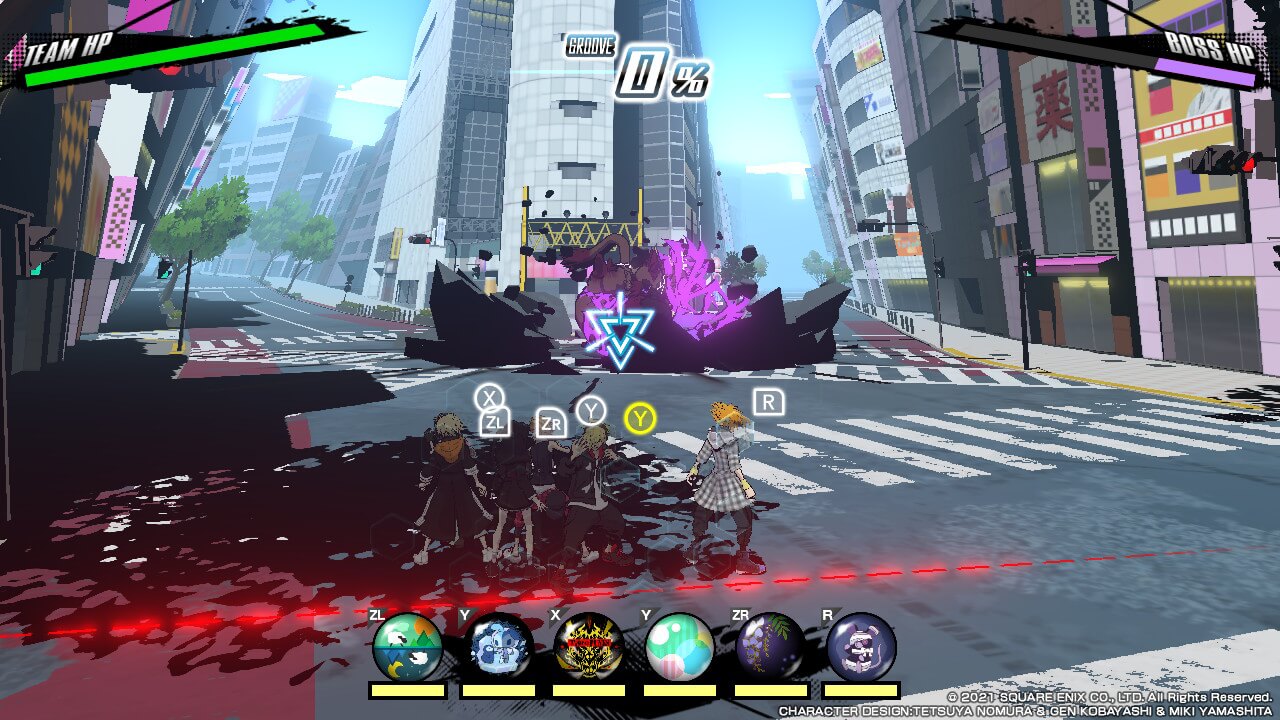 The tower leap smash always targets the middle area of the battlefield, so retreat to the bottom edge of the battlefield everytime Go-go Beringei starts climbing the 104 Building, in order to avoid taking incredibly high damage form this attack.

Dodge the Grab at Last Second

Go-go Beringei's left arm Grab has a great extension range. Despite it launching in a directly straight line, it's a bit difficult to avoid. Try to always dodge it at the very last second when it's trajectory has been decided already. If you do get caught, however, just attack the arm until the character is released.

In order for us to make the best articles possible, share your corrections, opinions, and thoughts about 「How to Beat Go-go Beringei | Boss Fight Guide | NEO: The World Ends with You (NEO TWEWY)」 with us!