NEO TWEWY Review: Is It Worth It? | NEO: The World Ends with You (NEO TWEWY) 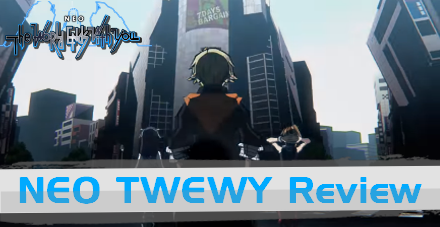 This is our game review for NEO: The World Ends with You (NEO TWEWY). We have compiled our thoughts after playing through the story. So, is it worth it? Read on to learn more!

Overall: The total rating of the game. The scores available range from 1-10 with 1 being the lowest and 10 being the highest.

Gameplay: How we rate the gameplay mechanics and systems designed and put in the game.

Art & Graphics: Rating how beautiful the game's graphics are as well as its user interface.

Game Length: The base game's length, replayability, and time needed for 100% completion.

Story: How it can suck you in the game with its narrative and the world.

What Do You Think?

Better than expected! 12
Votes
Good game and got your money's worth! 20
Votes
Was alright. Could have been better. 2
Votes
I think I'll refund it... 1
Votes

Tell us more in detail how you feel and what you thought of the game down below! 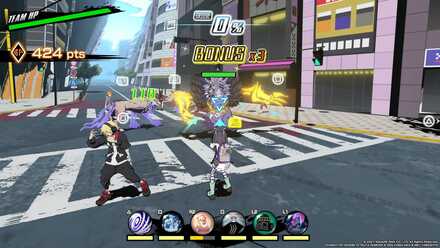 As with the most of the elements in the game, the gameplay will be familiar — with some noticeable improvements. You can now control every character in the game during battle. As fans would remember, you can control Neku and Shiki simultaneously on the DS version. This has been changed on other platforms as you can only control one character. But with NEO TWEWY, they revisted the classic combat system that allows you to control each member of your team during battle.

For some, this means more fine-grained control and deeper strategies during battle. But this could also be a hindrance for players that prefer a more relaxed gameplay.

Tips and Tricks for Getting Started 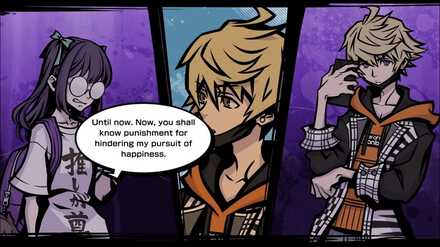 The cutscenes and the dialogues are well-structured, making the story easy to follow and understand. The game boasts a better version of Shibuya with better graphics and a more detailed design while still maintaining a similar setting of the first installment of TWEWY. Overall, the quality of its Art and Graphics has been improved compared to the first installment of the series. 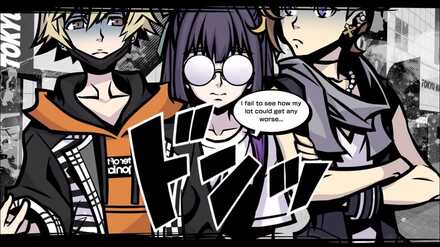 Beautiful cutscenes are played in the latter part of the game. Watching it feels like you are really inside the NEO: TWEWY universe and playing as Rindo, the protagonist. 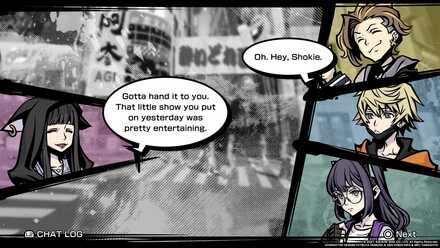 NEO: Twewy has well-structured dialogues, which helps in understanding the whole story. Some are quite lengthy, but this will give you more details about the story and the characters in the game. You can really feel the distinct personalities from each character's dialogue, allowing you to further relate to each one of them. 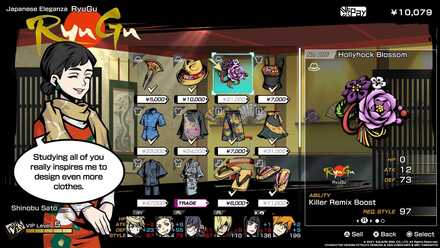 The overall visual design of the game is well-executed; all the design elements suit the game and the story. The landmarks and streets around Shibuya are very detailed while maintaining the same feel and ambiance of the previous TWEWY. Together with the food, fashion (threads), and artwork, it's as close as you can get to the real Shibuya. 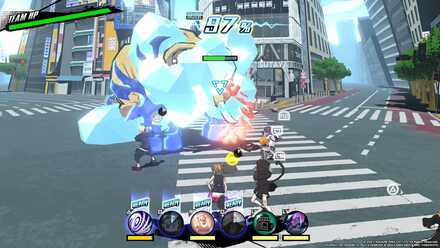 Some would not notice this, but all the characters has a distinct cooldown animation and each noises are realistic to the nature of each animal. Those are neat details that also makes the battle feels more real. 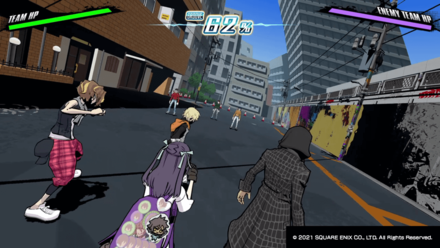 The characters follow the same familiar formula as their predecessor, which goes even further with the enemies that are essentially the same as with TWEWY. The new protagonists themselves have their own unique personalities, which gives you a sense of attachment as you progress through the game. 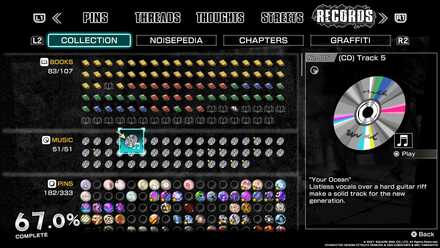 The soundtrack of the game is great. It will get you pumped up while playing, and you might find yourself humming the tune even after you are finished. Are you into Punk Rock and JPop? Then, you'll love most of the music. Whenever you heard a song that you particularly like, you can always check the collection tab to listen to the full track. 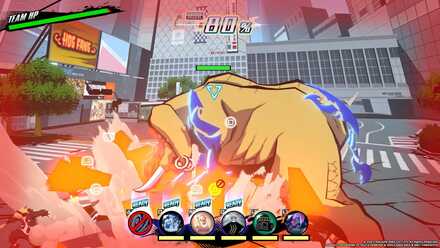 Completing the main story alone will take around 40-50 hours on Normal Difficulty. But the time to complete the whole game is way more than that. You can't gather all the collectibles in one run of the game. You'll be needing 100+ hours or so to complete the game, including the sidequests, pig noises, and all the collectible content. If you're a completionist, this game might be too lengthy for you. 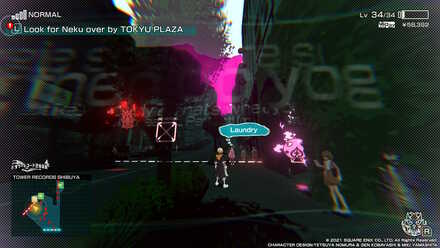 However, you can do the sidequests and hunt for the pig noises while completing the story. It could save you some time as whenever you go back to a chapter, you'll need to go through all the dialogue again. You can check our Story Walkthrough for the sidequests and the Pig Noise List for the Pig locations.

How Long is NEO: The World Ends With You? 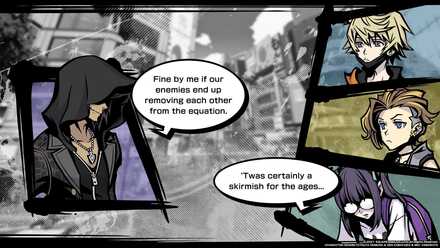 The plot is very similar to the first installment of the series (The World Ends With You), but there's a lot more to it than that! Players will encounter surprises, twists, and even new characters! Fans of the series will surely enjoy their long-awaited return to Shibuya.

Completely unfamiliar with the series? Don't worry. Although playing the prequel will help you appreciate the finer details found in the game, it is not necessary to fully understand the plot for NEO: The World Ends with You. 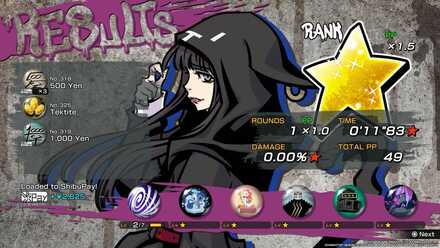 Don't worry, we're not spoiling anything below!

NEO: Twewy takes place in a parallel version of Shibuya (the UG or Underground). Rindo and Fret (the protagonists) were sent to the UG to play the Reaper's Game, which will run for a week. Their goal is to return to the RG (Realground) by winning the Reaper's Game.

Fans of the series are already familiar with this side of the story. But there's more. You'll encounter intriguing twists and surprises as you progress through the game. Even players new to the series will surely enjoy it. 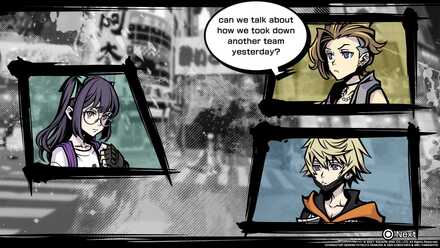 You'll encounter lots of dialogue in the game, which will give you more details about the story of the NEO: TWEWY. There's no option to skip it at once, but you can spam the Next button by pressing O on the PS4 controller and A on Nintendo Switch. Don't worry about missing anything important, as you can review the Chat Log at any point.

Is NEO: TWEWY Worth It?

Yes, It Is Worth It! 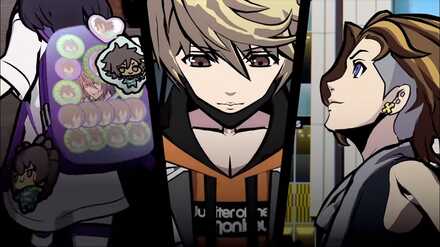 NEO: TWEWY is the perfect sequel a fan would hope for. It has fresh new characters with unique personality and an exciting background story. Some characters are also related to the prequel, which will be familiar to all TWEWY fans. It has more surprises, amazing plot twists, and more collectible content. 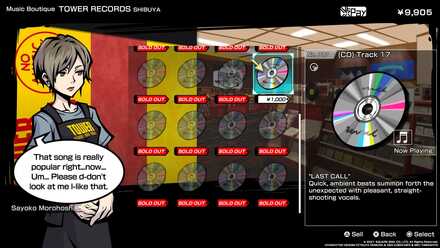 Same with the first installment, NEO TWEWY has an awesome set of soundtrack that makes the battle feel more dynamic. It is so good that you will feel hyped up and will want to play more.

NEO TWEWY also has an improved combat system; you can now easily control all the characters in the battle at once, which is a great feature to have. Now, you can feel that you are fighting together as a team. The developers greatly upgraded the origanal combat system that most of the fans love. 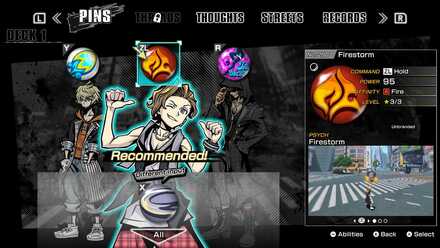 With all of these elements added to this sequel, you can see that they gave everything that the game is trying to go for. From the story, music, dialogue, characters, gameplay, and to each small details in the game. This game is worth every penny! The developers really did a fantastic job.

You Can Try the Demo First 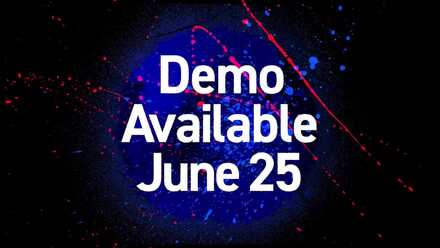 If you're still on the fence about NEO: TWEWY, you can download the demo first to try out the game for free. The demo lets you play the first two days of the story and advance your characters up to Level 15. This will take you approximately 2 hours to complete, which should be enough to get a feel of the gameplay. Your demo save file can also be carried over if you buy the full game

How to Transfer Demo Save Data

In order for us to make the best articles possible, share your corrections, opinions, and thoughts about 「NEO TWEWY Review: Is It Worth It? | NEO: The World Ends with You (NEO TWEWY)」 with us!