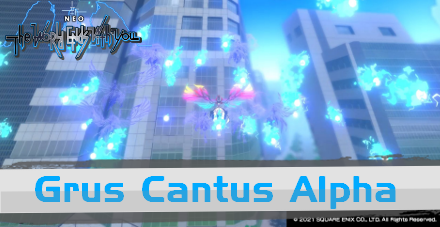 This is a guide to beating Grus Cantus Alpha in NEO: The World Ends with You (NEO TWEWY). Learn about Grus Cantus Alpha's attack patterns, weaknesses, and tips and strategies for defeating them. 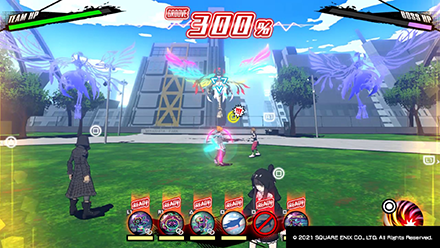 Grus Cantus Alpha can hurl orbs at your team that can immobilize them for a while. Failing to free a character from the orb will result to tons of damage from a barrage of lasers. 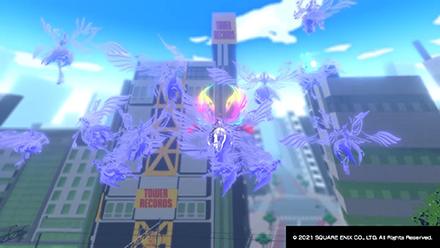 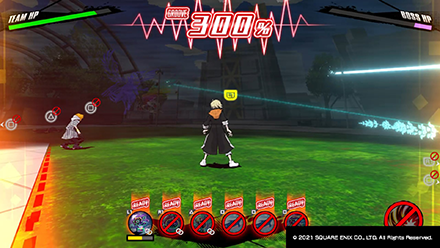 Grus Cantus Alpha can summon darkness that will make her untargetable. 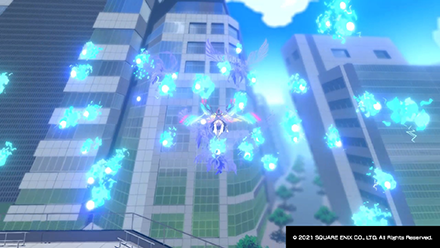 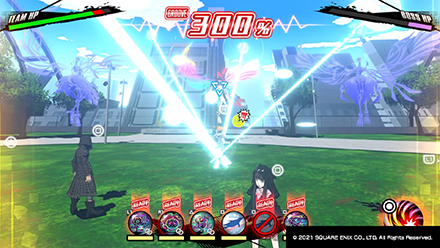 Lastly, Grus Cantus Alpha can repeatedly fire lasers at your team for a period of time.

Pins like Beringei and Gorgeous Gemstone are great to have in this battle since they can help build up groove.

Pachy and Rex can deal a lot of damage to Grus Alpha too.

Pair these pins with Heartthrob Launcher to help you stay healthy during the fight.

Grus Cantus Alpha can't be targeted when it's dark. Trying to get close to her can result to damage so it's better to avoid her lasers during this time.

Attack Orb if a Character Gets Trapped

You can also trigger a mash-up attack to escape or break a party member free from an orb. Only do this as a last resort (it's always better to save up your Groove for a Killer Remix), such as when your Pins are in cooldown or when you can't destroy the orb in time before the lasers start zapping your friend helplessly.

In order for us to make the best articles possible, share your corrections, opinions, and thoughts about 「How to Beat Grus Cantus Alpha | Boss Fight Guide | NEO: The World Ends with You (NEO TWEWY)」 with us!