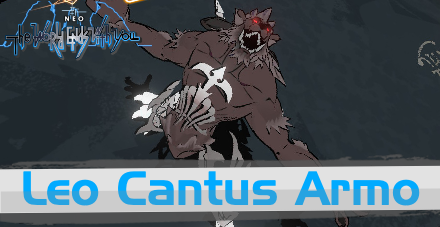 This is a guide to beating Leo Cantus Armo in NEO: The World Ends with You (NEO TWEWY). Learn about Leo Cantus Armo's attack patterns, weaknesses, and tips and strategies for defeating them. 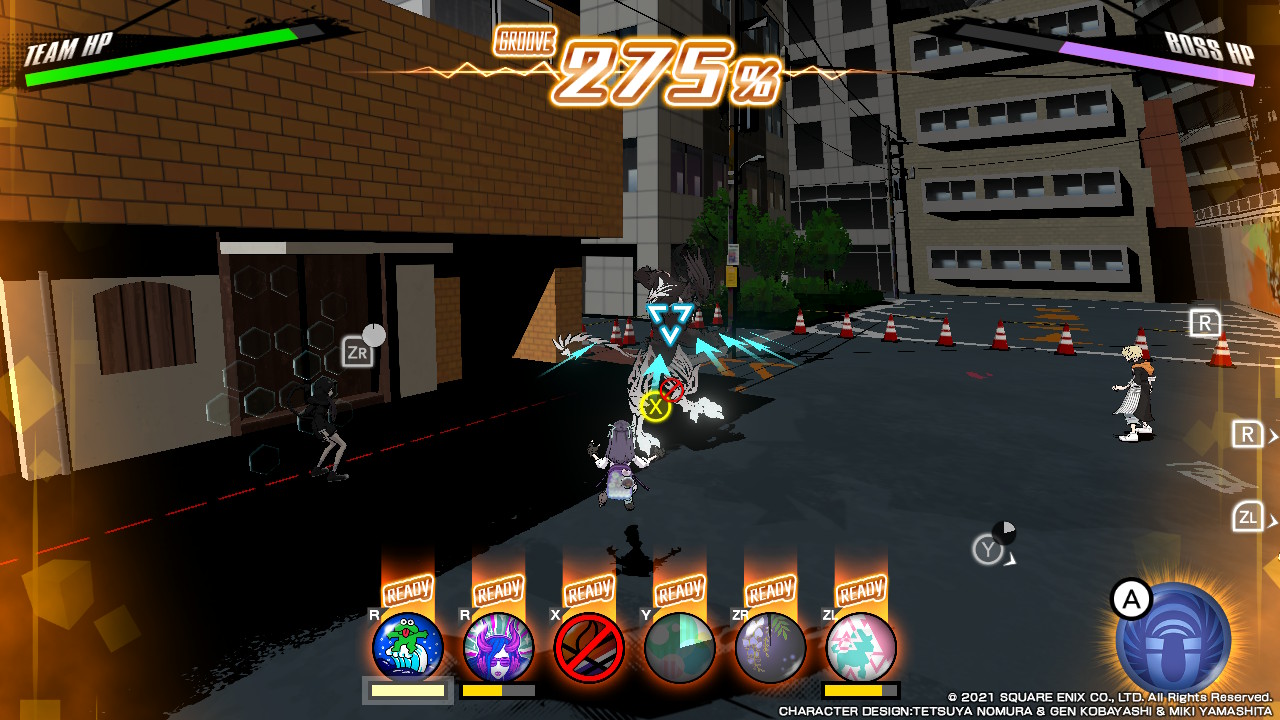 When the Leo Cantus Armo has no armor equipped, it moves rapidly, often avoiding attacks. It similarly deals punches and kicks rapidly during this time. 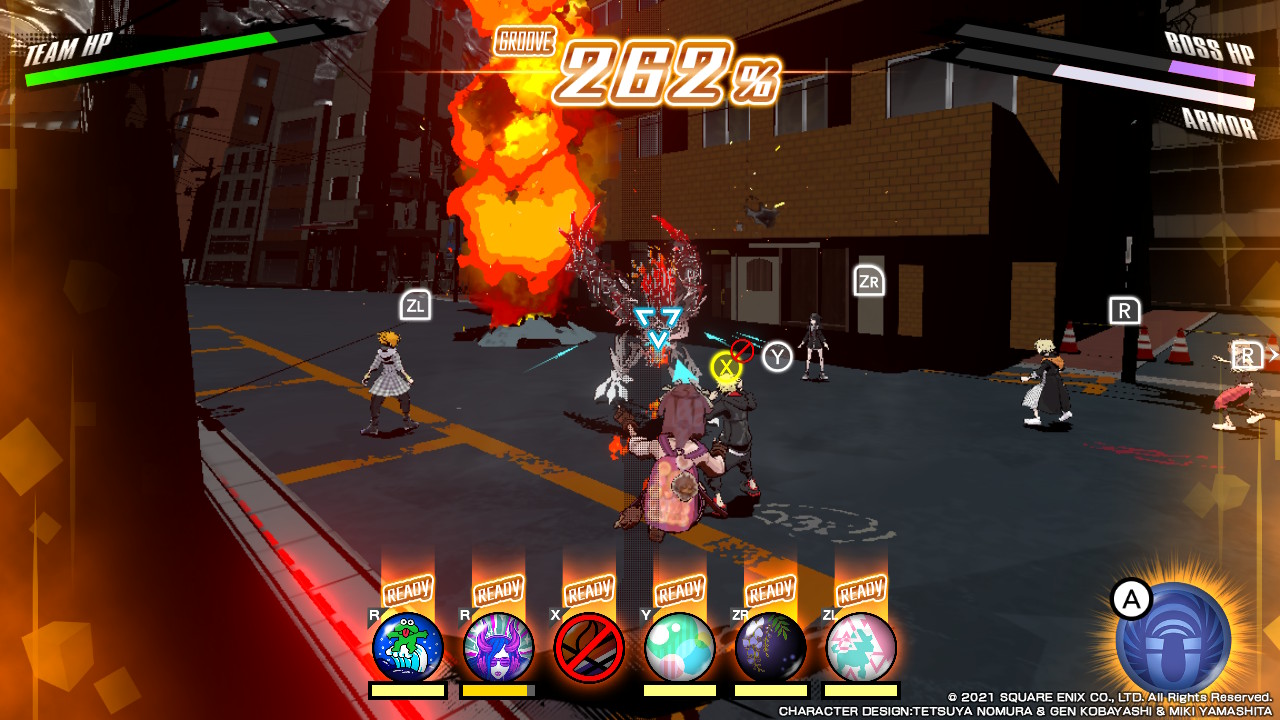 The Leo Cantus Armo intervally summons armor that adds shield to its overall HP. Its shield HP is denoted by the grey bar underneath its HP bar. When attacked, it will still take HP damage, but its armor will take the brunt of the damage.

When the Leo Cantus Armo has armor on, it can raise fire pillars from the ground. Immediatley after the fire pillar, it launches forward, striking with its claws. 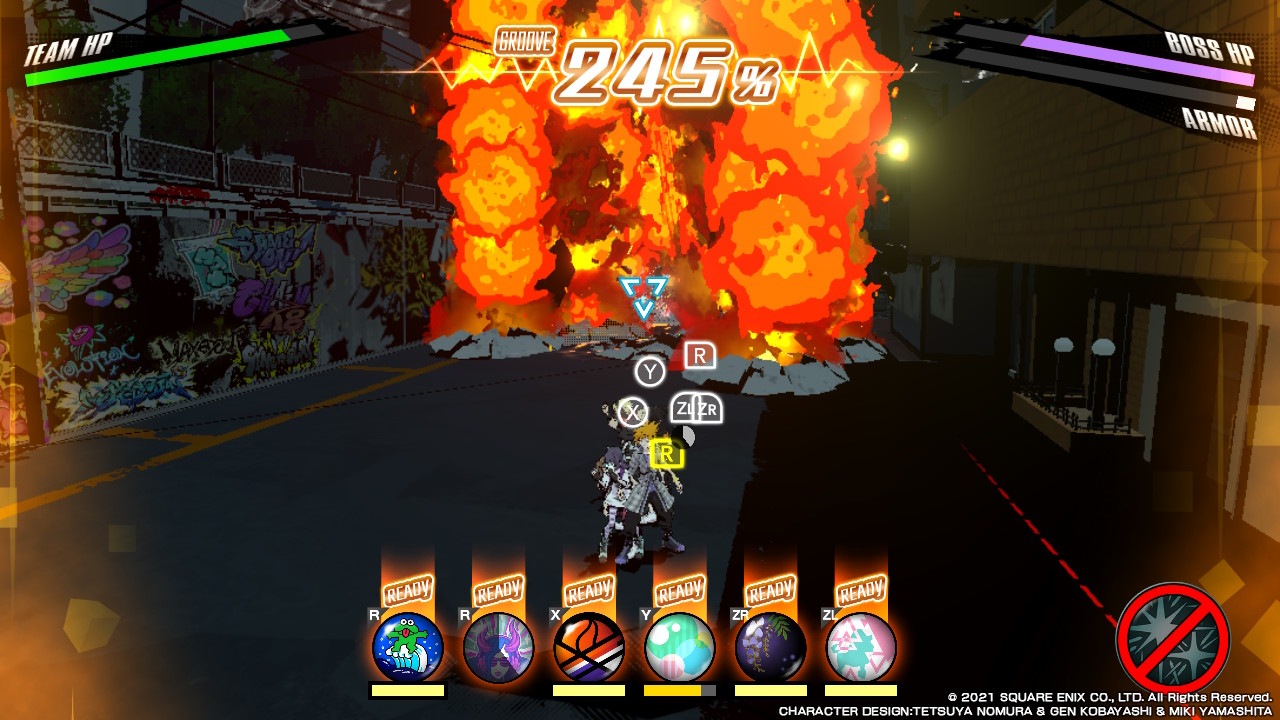 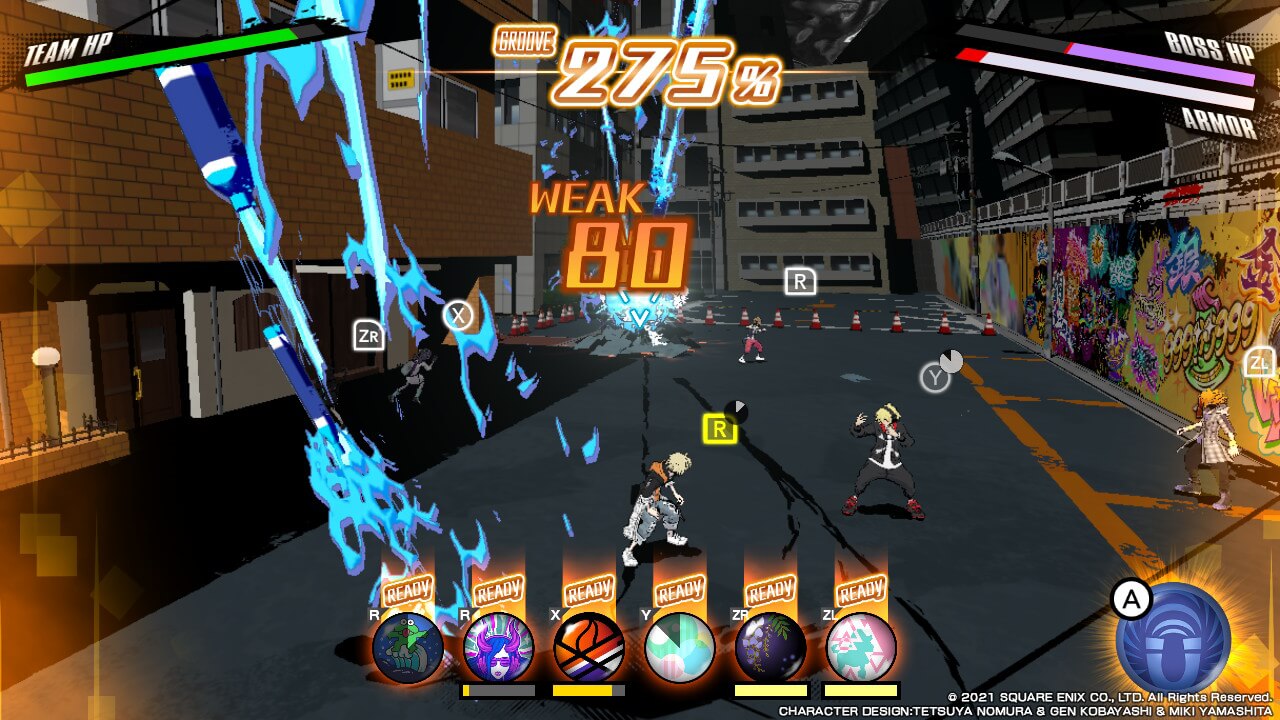 Leo Cantus Armo has an affinity weakness to Water Pins, so be sure to equip those to defeat it quicker. Leo Cantus Armo jumps and teleports around a lot, so Catch a Wave is the ideal Water Pin here, as it locks on to the target and follows them.

Pins with the Spectral Swords Psych similarly follow the target around, so they're also greatly useful against the Leo Cantus Armo, who zips around a lot. ShiDare Shade is a powerful Spectral Swords Pin that you should equip for this battle.

Build up Groove When Not Armored

The Leo Cantus Armo has relatively weak attacks when it doesn't have armor on, so this is when you go on your full offensive. Try to build up Groove as well using Spectral Swords Pins, Sound Pins, and Rapid-tap pins. Don't perform a Killer Remix when it's unarmored, as most of the hits won't affect it.

When the Leo Cantus Armo has armor on, play more defensively, as carelessness here can cost the battle. If you have a Killer Remix at this point, use it to destroy the armor faster, while still dealing great damage to his HP. You also regain a significant amount of HP after performing a Killer Remix.

When the Leo Cantus Armo raises a fire pillar, you may keep attacking, but note that he leaps at you immediately after the fire pillar subsides.

In order for us to make the best articles possible, share your corrections, opinions, and thoughts about 「How to Beat Leo Cantus Armo | Boss Fight Guide | NEO: The World Ends with You (NEO TWEWY)」 with us!