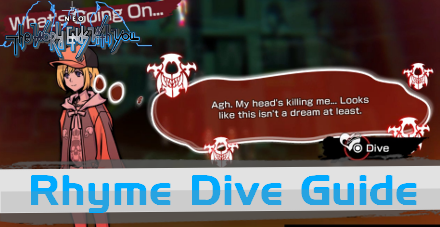 This is a guide for Rhyme's Dive in Another Day from the game NEO: The World Ends with You (NEO TWEWY). Read on to learn more about the number of reductions it has, all the noise you'll encounter during the dive, best pins to use, and tips and tricks to complete this dive.

Best Pins to Use

The Black Cat Ensemble is perfect for this dive since its pins cover most of the Noises' weaknesses. Equipping the pins altogether also massively increases each pin's damage.

How to Get All Black Cat Pins

Most of the noise you will encounter in this dive can deal massive damage to your team. Having the revivify ensemble will help you stay healthy for a long time. 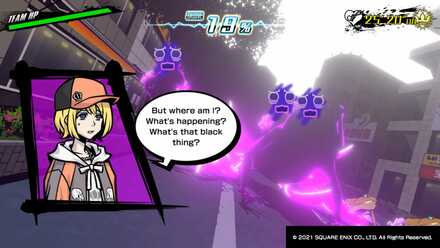 Big Noise are very beefy. For this fight, focus on taking down one noise at a time and dodge their attacks. 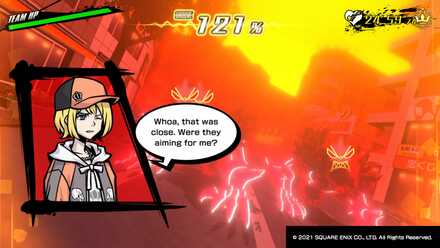 Reduction 2 has two Headbangin' Grizzlies that can deal a lot of damage to your team's HP. Time your attack right after theirs and dodge them as much as you can. 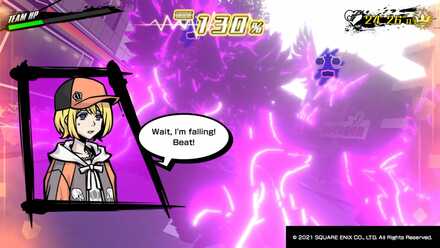 It's recommended to take down the Nefastraven first in this fight so you'll have one less noise to think about. Afterwards, just focus on taking down the Headbangin' Grizzlies and dodging their attacks. 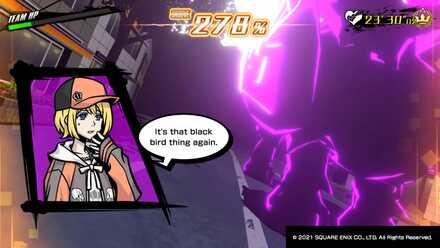 The Dub Rhino in Reduction 3 has a lot of HP. Attacking it from its front won't deal him any damage so make sure to attack it from its back. 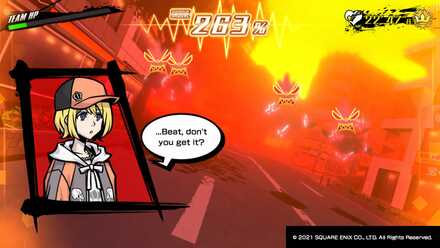 These puffers are quite squishy but their attacks and explosions hurt. A good strategy is to deal as much damage as you can and dodge their spikes and explosions. 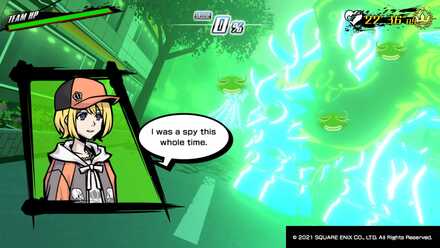 For this fight, it is recommended to take down the two Jelly Neocoustic first since their clones can get unruly and annoying. Defeat Woolly AOR afterwards while dodging its shockwaves and lasers. 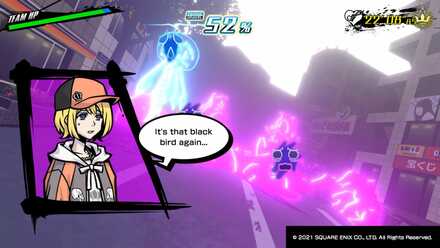 For Reduction 7, take down Jelly Germanic first since it can create exact clones of itself. These clones do not disappear once you've defeated the original Jelly Germanic so you have to fight each of them. Furthermore, they reduce your HP over time.

Once you have taken down the jellyfish, focus on attacking the 2 Drill 'n' Stingers while also dodging their attacks. 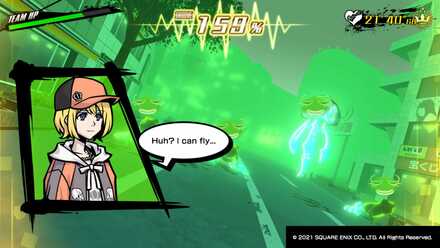 Just like in Reduction 7, focus on taking down Jelly Germanic first. 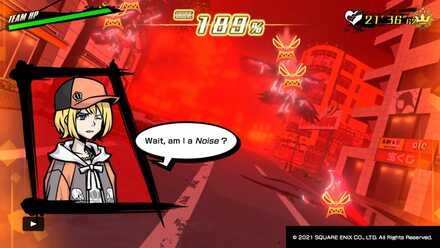 The Smooth Shark in this reduction can deal lots of damage to your team's HP so your focus should be on it. Try knocking it out of the water first then damage it as much as you can. Attack the birds afterwards. 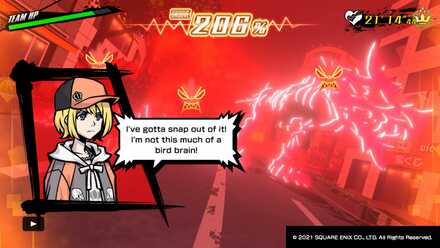 These three massive units will deal tons of damage to your team's HP. Maximizaurus Rex can eat you which then causes it to rage. When enranged, it can cast an arena-wide roar that can one-shot your team.

It's better to use ranged pins that can inflict status effects against these noise so you can fight them from a safe distance.

The trick here is to dodge their attacks and only fight them when you see an opening.

Don't Go Near Maximizaurus Rex When It's Charging Its Roar 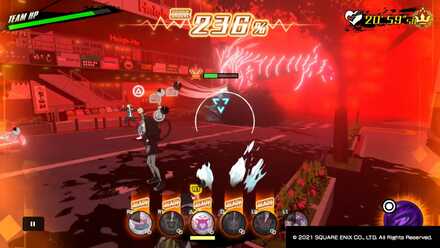 You will see Maximizaurus Rex charging a roar at one point during the fight. When he does this, run away from him as far as you can. His next attack can one shot your team.

The key to this dive is dodging. A lot of the enemies can deal massive damage to your team so it's wise to dodge their attacks as much as you can. Attack them when you see an opening then dodge right away if they counterattack.

Def, Regen, and Cure threads help a lot in this fight. They can keep you healthy while you're fighting so equip threads with those abilities.

Build up your groove as much as you can to deal lots of damage to your enemies. A killer remix can also bring your team back to full health. This is very helpful especially when your team's HP is very low.

In order for us to make the best articles possible, share your corrections, opinions, and thoughts about 「Rhyme Dive Guide | Another Day Dive | NEO: The World Ends with You (NEO TWEWY)」 with us!