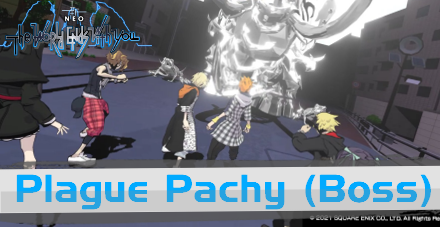 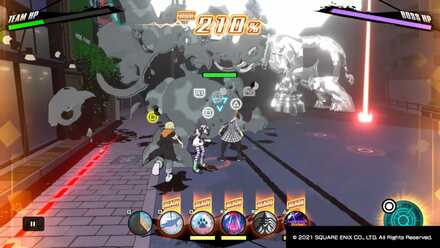 Plague Pachy (Boss) can shoot lasers from the sky. Each laser that hits your character will deal massive damage to your team's HP. 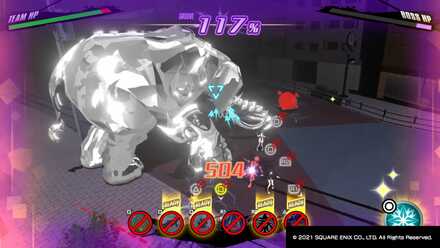 Plague Pachy (Boss) has the ability to pull you towards it. Getting too near will drain your groove quickly.

After Pachy Plague (Boss) has pulled you near enough, it will let out a shockwave that damages anyone near it. The damage isn't immediate though. You'll have time to move either to the inner or outer circle of the shockwave to avoid taking damage.

Plague Pachy (Boss) is weak to kinesis so you can never go wrong with equipping pins that have this affinity. 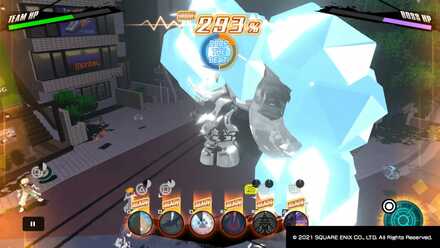 Top Dog Gatling and Freestyle Launcher are great for this fight. Aside from the fact that the noise you'll encounter in this battle are weak to these affinities, their combo is great too! It will let you build up groove faster and Freestyle Launcher can immobilize Plague Pachy (Boss) for a while because of its ability to freeze enemies momentarily.

Take Out the Frogs First 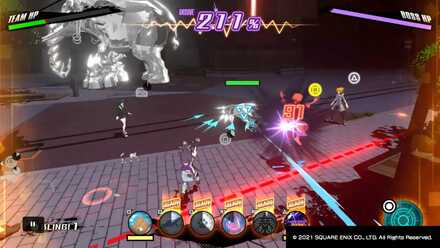 It's best to take out the frogs first instead of Plague Pachy (Boss) as they can be annoying during the fight. Getting hit with one of their attacks won't just damage your characters but also drain your groove quickly.

Watch Out For Lasers

Getting hit with Plague Pachy's (Boss) lasers will deal a lot of damage to your team's HP so always be on the look out for them. You'll know where a laser will land by looking out for orange circles on the floor. If you see one, stay away from it.

Beware of the Shockwave

In order for us to make the best articles possible, share your corrections, opinions, and thoughts about 「How to Beat Plague Pachy (Boss) | Boss Fight Guide | NEO: The World Ends with You (NEO TWEWY)」 with us!