How to Farm Money Efficiently | NEO: The World Ends with You (NEO TWEWY) 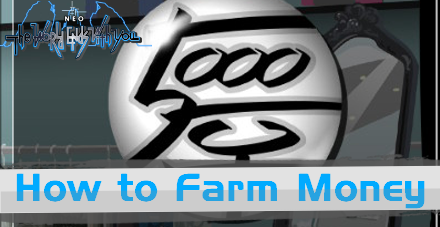 How to Farm Money Efficiently 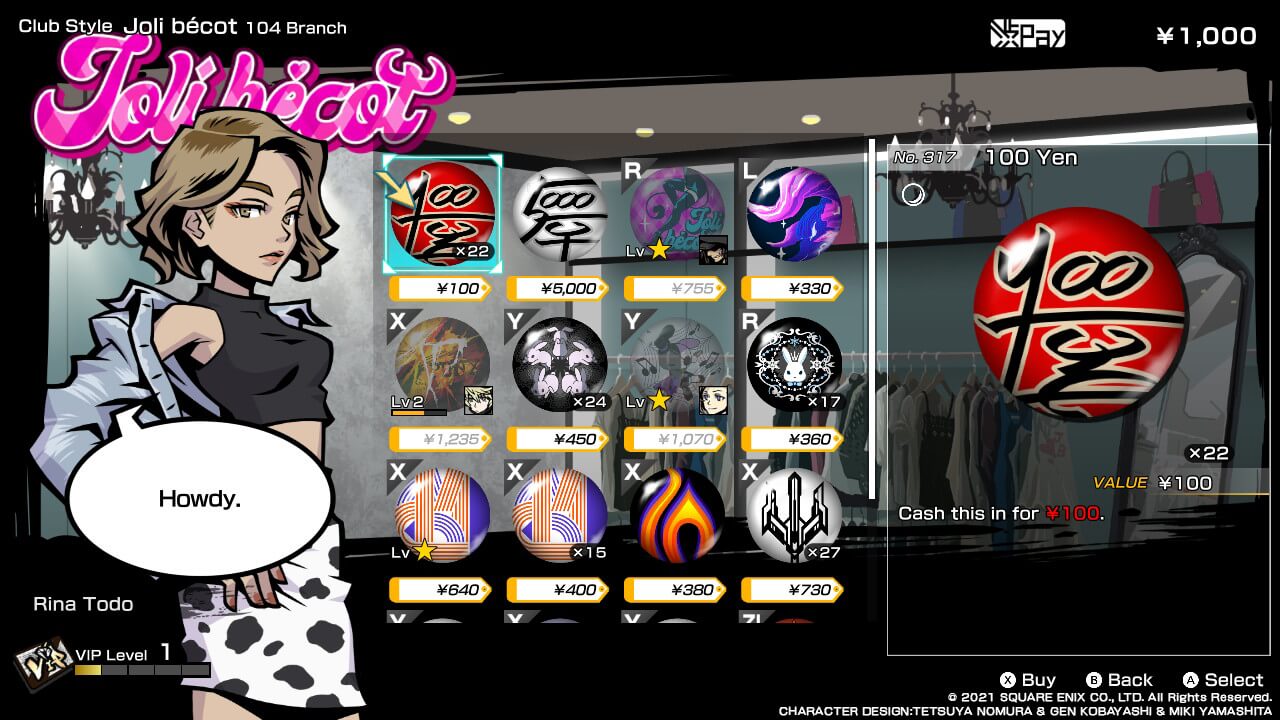 You earn money by defeating Noise and selling the Pins that they drop. Sell Pins of your choice at any Threads shops. In particular, sell Yen pins. Yen Pins don't provide Psych abilities and, instead, only have a set monetary value, so the only way to make use of Yen Pins is by selling them. 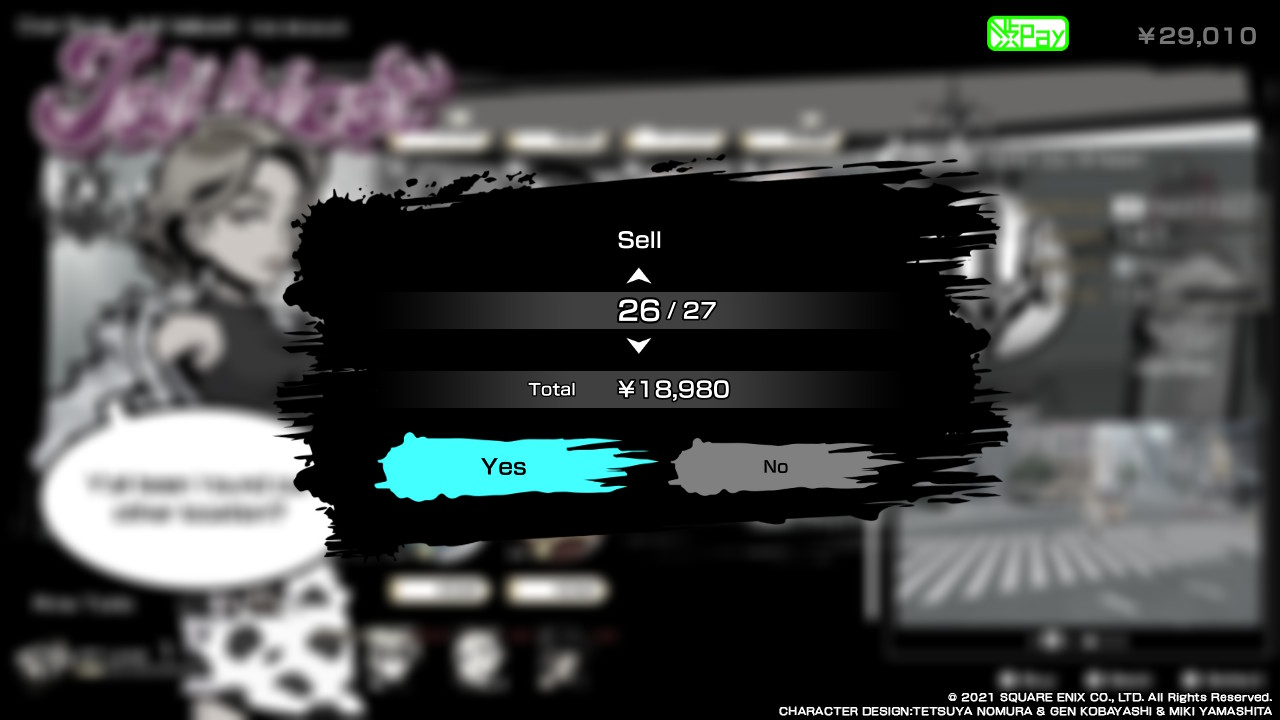 Each enemy has a set type of Pin that they drop, depending on Difficulty (which you can view on Noisepedia), so repeatedly defeating the same type of enemy will allow you to farm copies of the same Pin.

You can gain extra money by selling the duplicate copies of Pins that you get after each battle.

What Else to Do with Excess Pins? 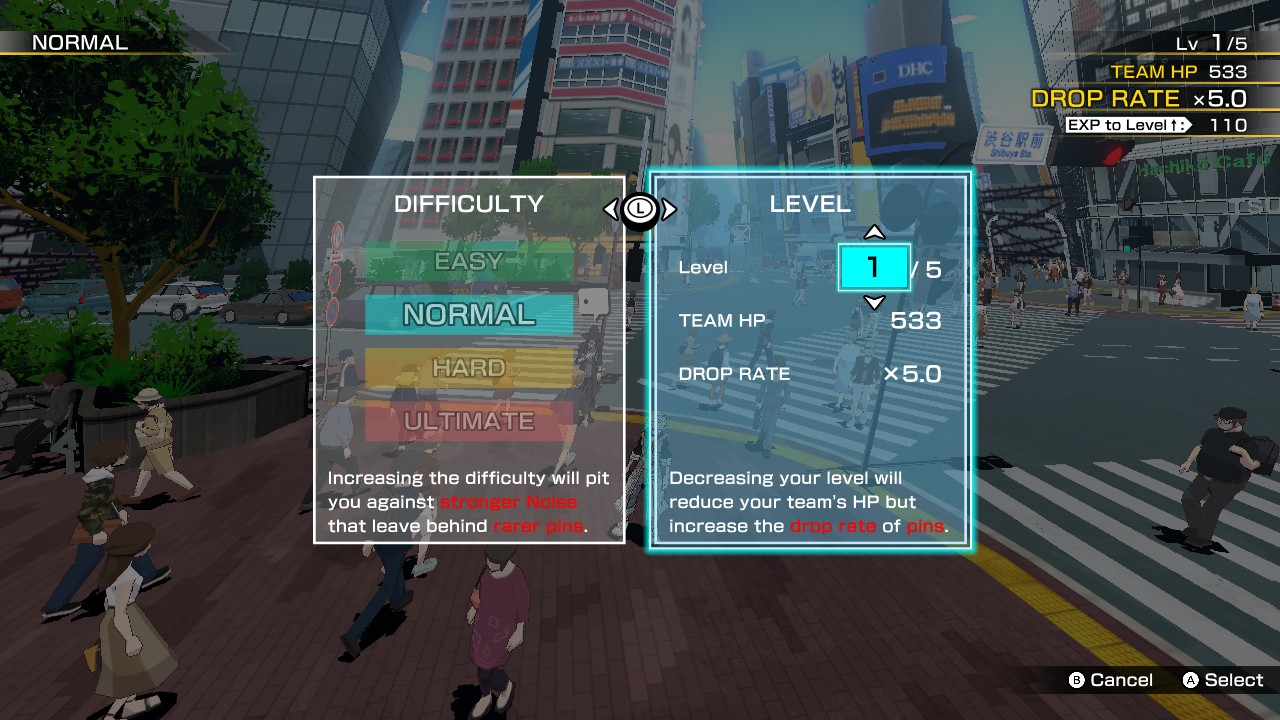 Increase the drop rate of Pins by decreasing your Level in the Difficulty tab. Having a higher drop rate means that you will get more Pins with each battle.

How to Increase Drop Rate

One way to farm Money efficiently is to level up the Pins first before selling them. Each level increases the value of the Pin which allows you to sell them for more money.

In the table shown above, we show the difference of the Value of the No. 163 Pin when you first get it and after you max level it.

Having said all of that, check out our guide below to learn how to farm Pin Points and level up your Pins!

How to Farm Pin Points (PP) 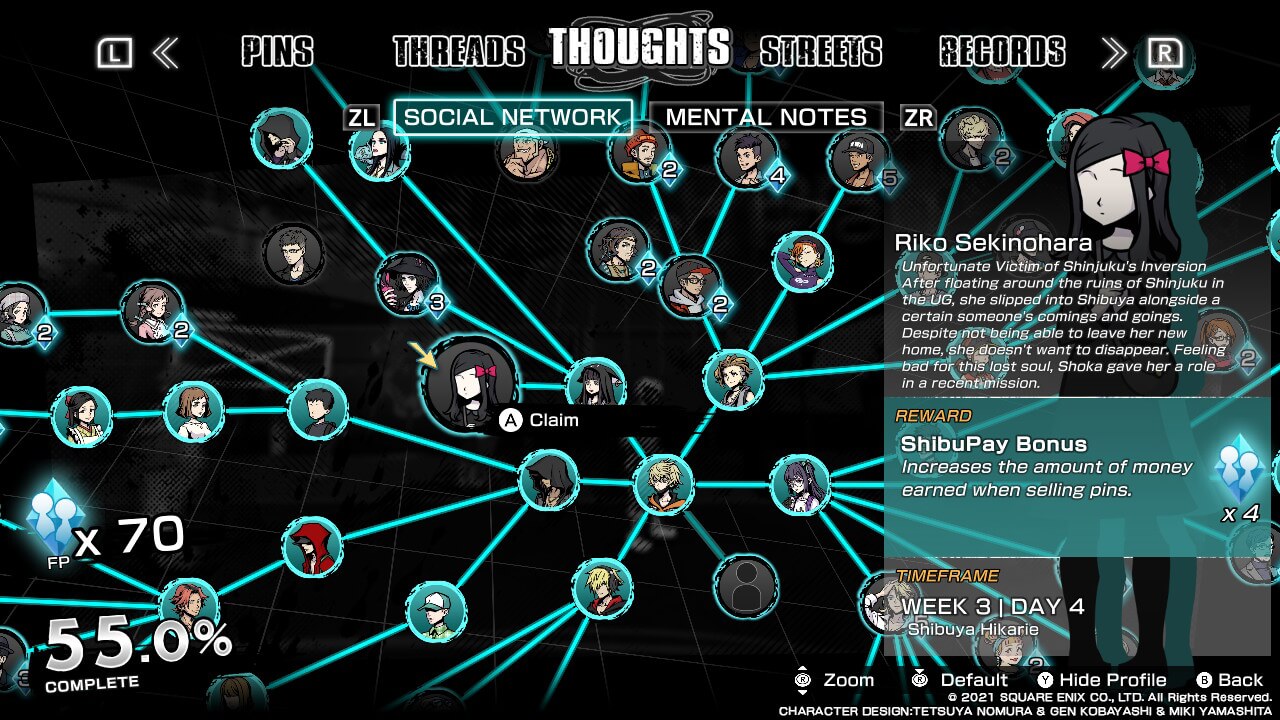 Where to Farm Money

Defeat Hardcore Puffers on Ultimate difficulty in order to obtain their 100,000 Yen pin drop. The best places to farm them are at Cat Street (Another Day) and Shibuya Hikarie (Week 3, Day 5).

Below is the maximum amount of Yen you can earn on both streets. Given the drop rate of 100,000 Yen Pins on Hardcore Puffers, it's better to chain them together. Shibuya Hikarie sometimes has a Hardcore Puffer appear as Pale Noise, which significantly boosts drop rate.

The above reductions count include the non-Puffer Noise that are unavoidable in the district.

In Week 3, Smooth Sharks (on Hard) and Dub Rhinos (on Normal/Hard) drop Pins that are worth over ¥3,000 each. Great places to farm these enemies for money are listed below. 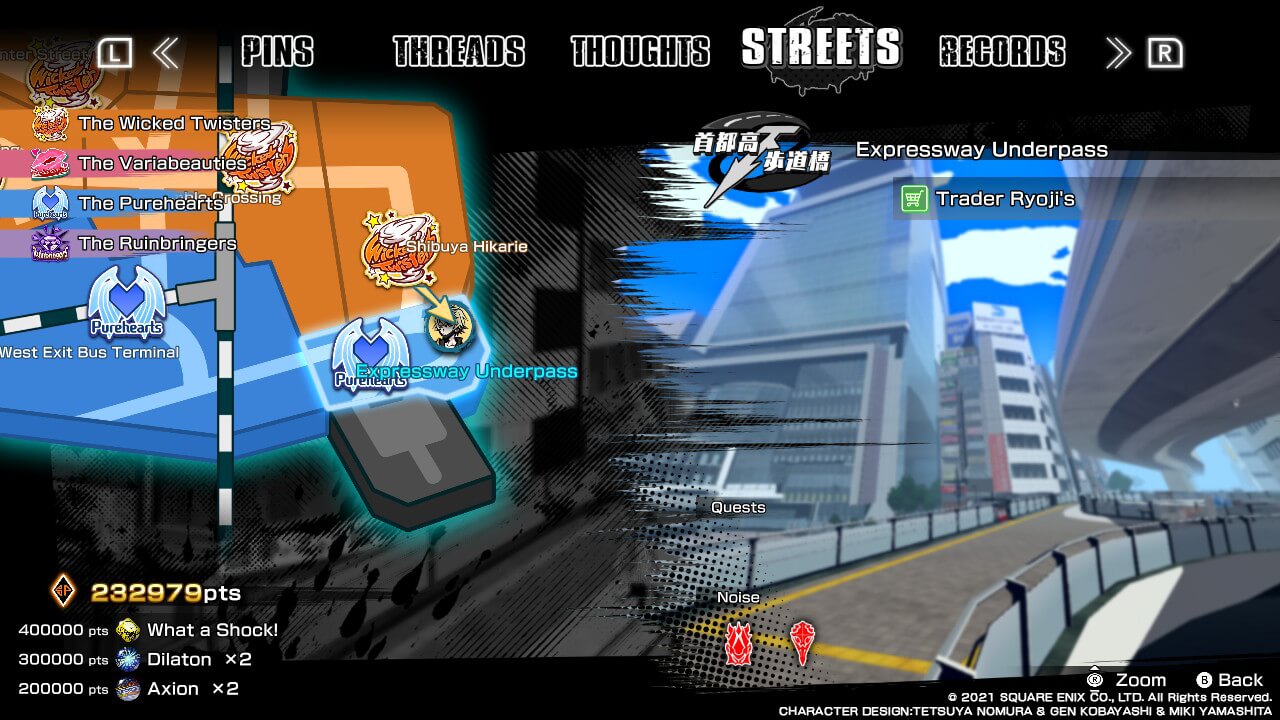 During Week 2 Day 3, you'll encounter a lot of J Popguin at Expressway Underpass. On Hard difficulty, these Noise drop The Ever-Arctic Treasure pins, which sell for ¥2,910 each. Expressway Underpass is a great place to farm these Pins and sell them immediately. It shouldn't take much longer than an hour to reach max Money at this area. 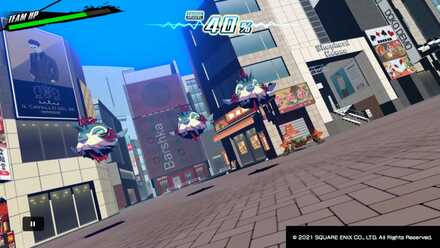 Plenty of Drum 'n' Stingers, Bigbanfrogs, and Oi Puffers can be found in Center Street and Tsutaya O East during Week 2. Each of these noise drops 5,000 and 1,000 Yen pins. Note that they will only drop these on Hard difficulty.

What is Money Used For? 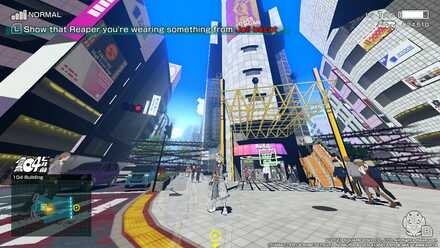 Yen (¥) is the form of money/currency used in NEO: The World Ends with You. Use money to buy Threads and Food that give stat boosts to your characters. You can view the current amount of money you have on the top right corner of your screen.

How to Increase ShibuPay Money Amount 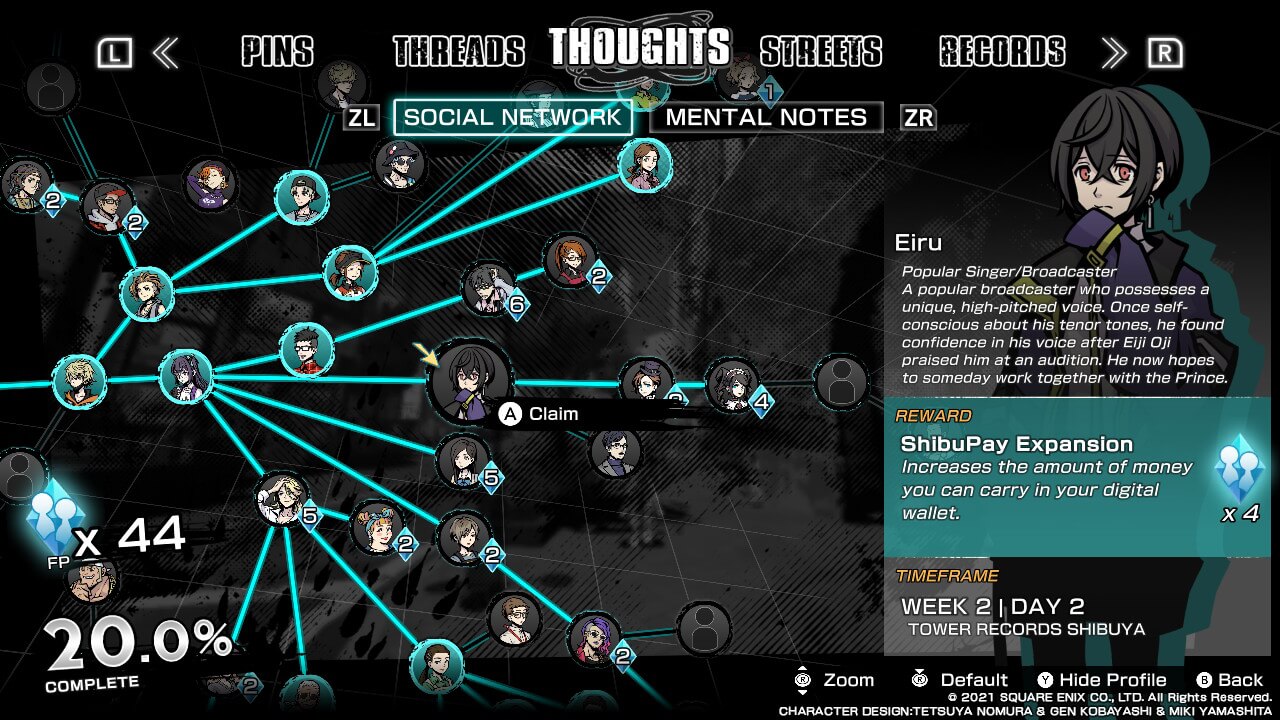 Increase the amount of money you can have in your ShibuPay wallet by purchasing the ShibuPay Expansion Reward for 4 FP in the Social Network.

The 2 characters on the Social Network who provide this reward are listed below. The first purchase of ShibuPay Expansion will increase your money cap from ¥99,999 to ¥999,999. The second purchase will increase it further to the max wallet size ¥9,999,999.

What is the Money Cap? 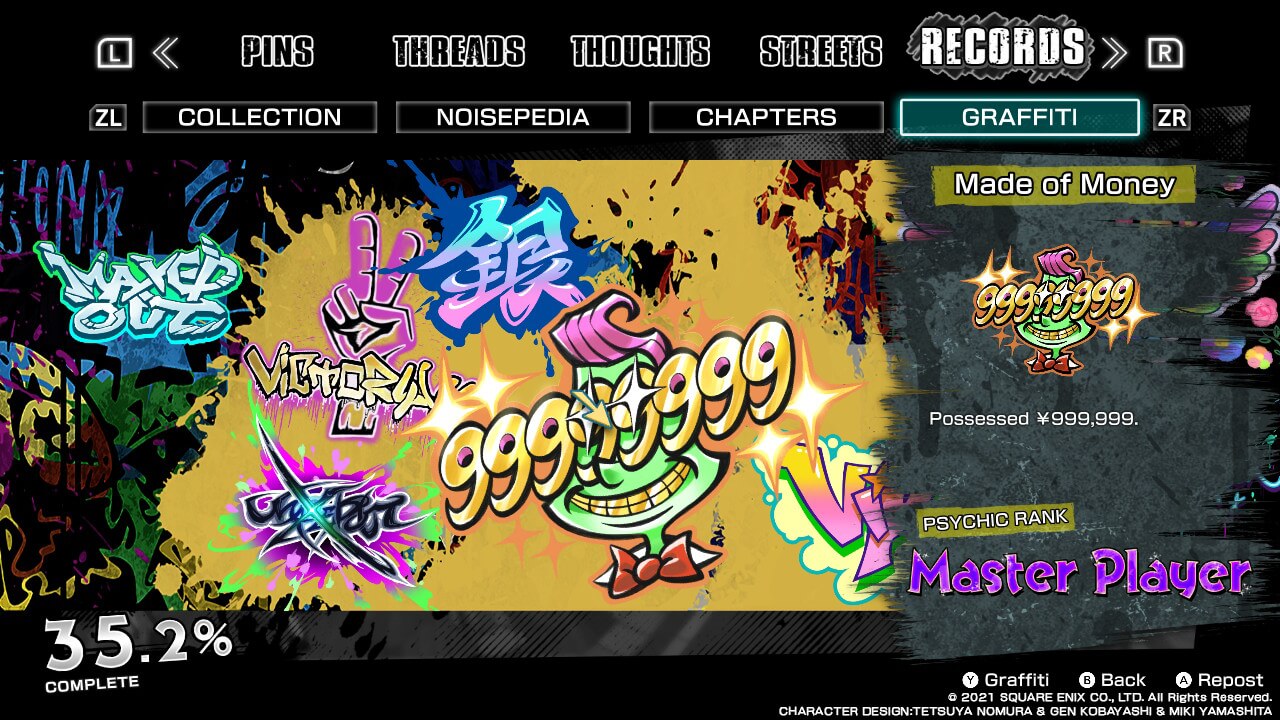 In order for us to make the best articles possible, share your corrections, opinions, and thoughts about 「How to Farm Money Efficiently | NEO: The World Ends with You (NEO TWEWY)」 with us!