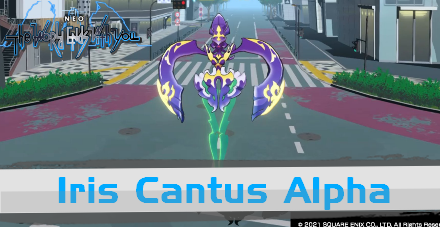 This is a guide to beating Iris Cantus Alpha in NEO: The World Ends with You (NEO TWEWY). Learn about Iris Cantus Alpha's attack patterns, weaknesses, and tips and strategies for defeating them. 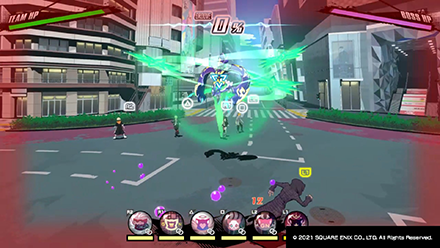 Iris Cantus Alpha can conjure a force field around her that damages anyone who dares to go near. 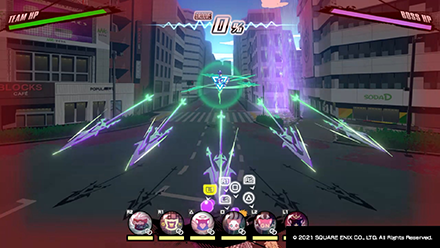 Iris Cantus Alpha can throw three or five poisonous spears at your team. Getting hit with one will damage and poison your characters. 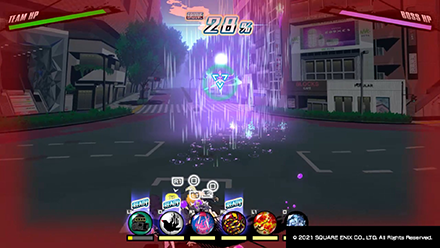 Iris Cantus Alpha can also summon purple rain from the sky. Staying under it will damage and poison your team over time. 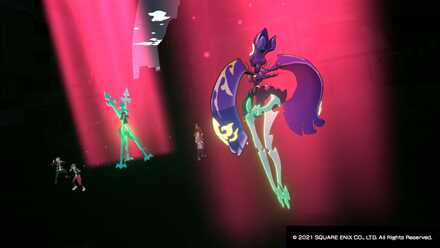 This is also Iris Cantus Alpha's opening attack and she will always target Shoka first if she's in your team.

Just like her non-alpha counterpart, Iris Cantus Alpha is weak to fire.

Equip pins like All Burned Out and Fire in the Belly to deal lots of damage to Iris Cantus Alpha. KoYo Blaze can also help immobilize her albeit a little while.

Finally, it's great to equip Hog Healer since her attacks can deal lots of damage to your team's HP.

Getting near Iris Cantus Alpha when her damaging force field is up will only result to damage. Because of this, it's much better to fight her from a safe distance.

Iris Cantus Alpha's damaging force field will wear out when you have damaged her enough. When this happens, deal as much damage to her as you can. Build up your groove and you might even be able to perform a killer remix!

Stay Away From the Rain

Iris Cantus Alpha's purple rain of pain will poison and damage your team as long as they're under it. Make sure to stay dry!

Attack the Structure instead of Iris Cantus Alpha

When Iris Cantus Alpha punishes of your characters, make sure to attack the structure instead of her to free one of your team members. Do this before she gets close to your character to avoid tons of damage.

In order for us to make the best articles possible, share your corrections, opinions, and thoughts about 「How to Beat Iris Cantus Alpha | Boss Fight Guide | NEO: The World Ends with You (NEO TWEWY)」 with us!