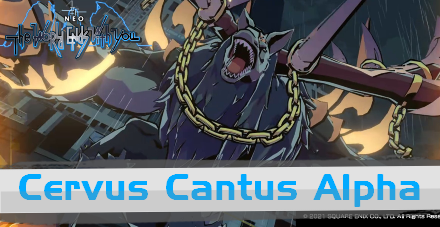 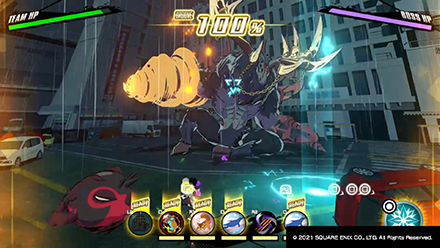 Cervus Cantus Alpha's hooves can turn into drills. He swings them to try and damage your characters. Do a quick dodge when you see his drills coming towards your team to avoid damage. 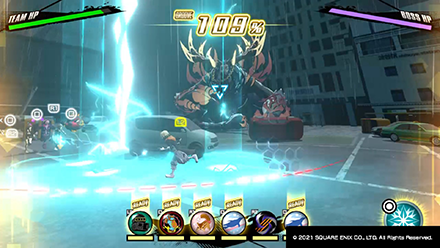 Just like its non-alpha version, Cervus Cantus Alpha can also summon lightning from the sky. You'll know where the lightning will strike by looking at the glowing blue light on the floor. 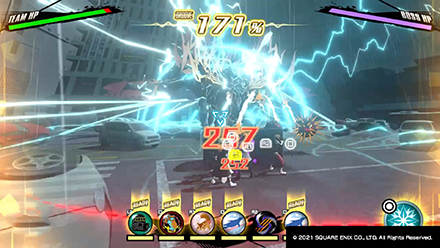 Cervus Cantus Alpha can discharge electricity in the entire battle arena, damaging everything in its wake. He always makes this move first during the fight.

Cervus Cantus Alpha is weak to burst so pins like Be of Two Mines and Riled-Up Ribbon are great for this fight.

Cervus Cantus Alpha doesn't move so planting bombs near him will surely result to damage. You can also fight him from a safe distance with Riled-Up Ribbon.

Finally, you can equip ShiDare Shade and All Burned Out. These pins damage multiple enemies at once, making it perfect for the Hardcore Puffers.

Pair these pins with Hog Healer just in case the enemies do a number on your team's HP.

Use Cars For Cover

Cervus Cantus Alpha can discharge electricity in the entire battle arena just like its non-alpha version. When you see him charging, quickly hide behind one of the cars for cover.

Stay Away From the Hardcore Puffers

These spiky noise will go after your team and their attacks hurt a lot. Stay away from their stingers and run away as fast as you can when they're about to explode.

In order for us to make the best articles possible, share your corrections, opinions, and thoughts about 「How to Beat Cervus Cantus Alpha | Boss Fight Guide | NEO: The World Ends with You (NEO TWEWY)」 with us!