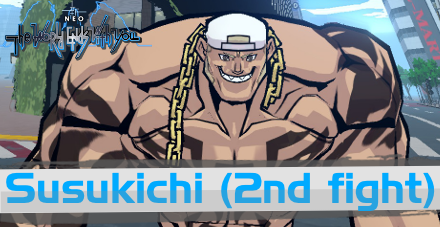 This is a guide to beating Susukichi on Week 2, Day 7 in NEO: The World Ends with You (NEO TWEWY). Learn about Susukichi (2nd fight)'s attack patterns, weaknesses, and tips and strategies for defeating them. 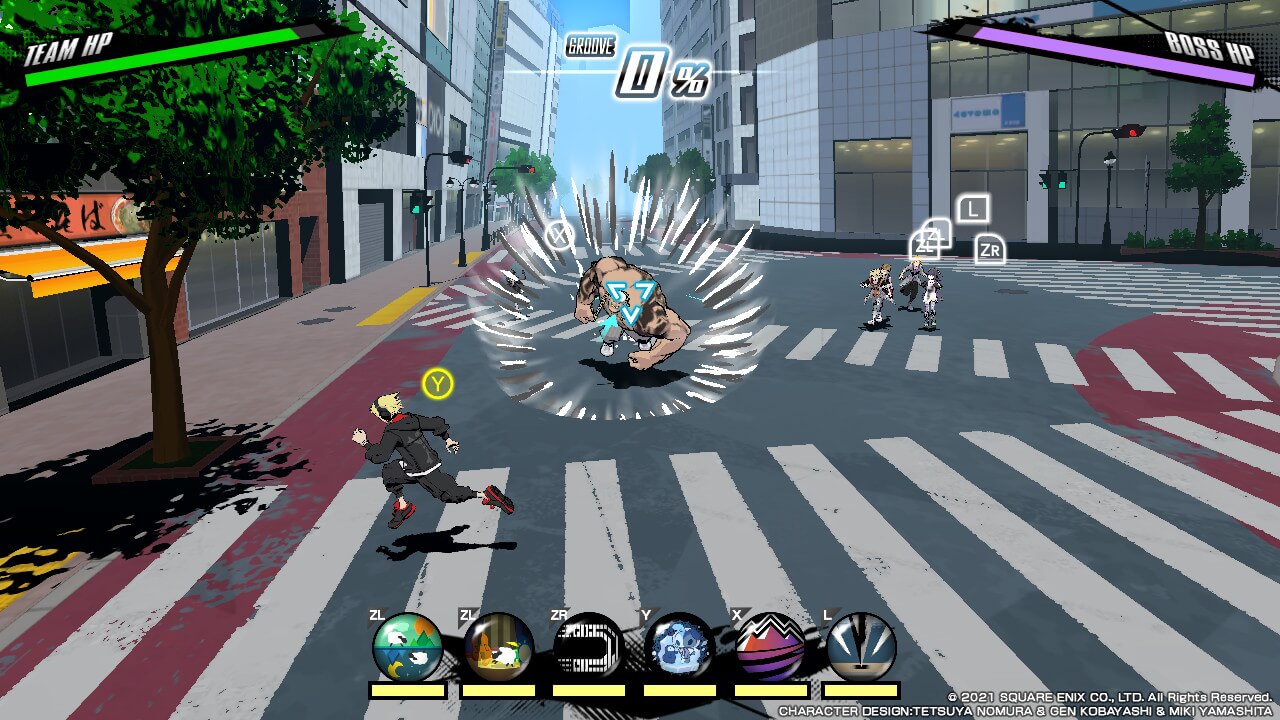 In Susukichi's base form (no antlers), he runs towards you while repeatedly punching. If he lands one of those punches on you, he will then perform an uppercut. Susukichi is now able to perform a direct dash in his base form as well. 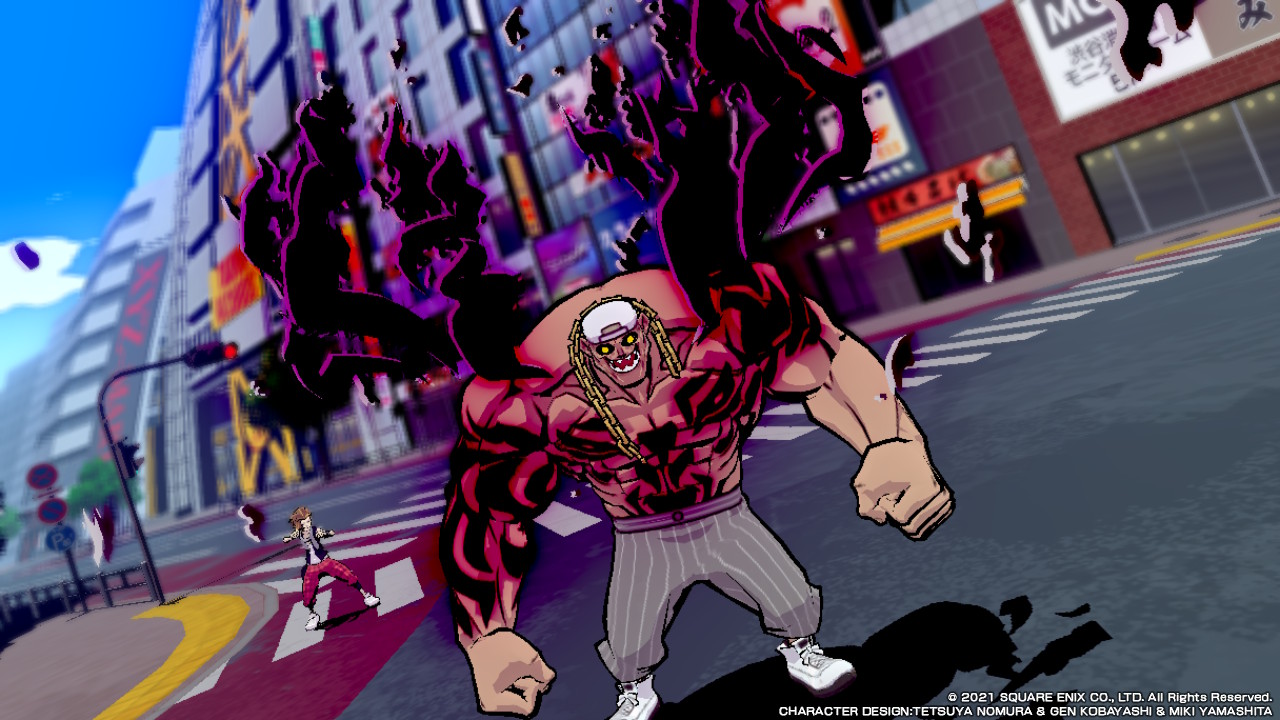 When Susukichi has black antlers on, he will similarly run at you while punching. However, this time, he will uppercut regardless if one of the punches lands. 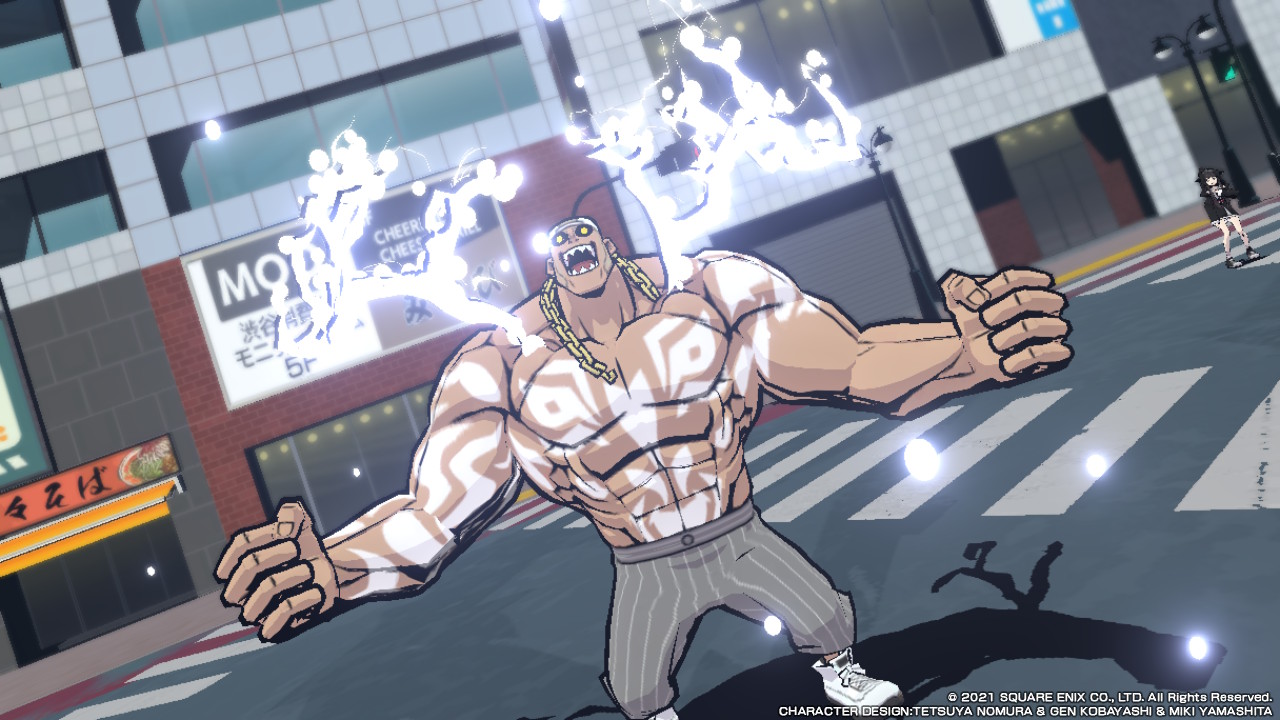 When Susukichi has white antlers on, he dashes toward you in two different ways. If he puts his hands on the ground before dashing, the dash will be quick dash in a straight line. Alternatively, if he immediately starts running, then it will be a longer dash where he can change direction.

Black and White Board Flip 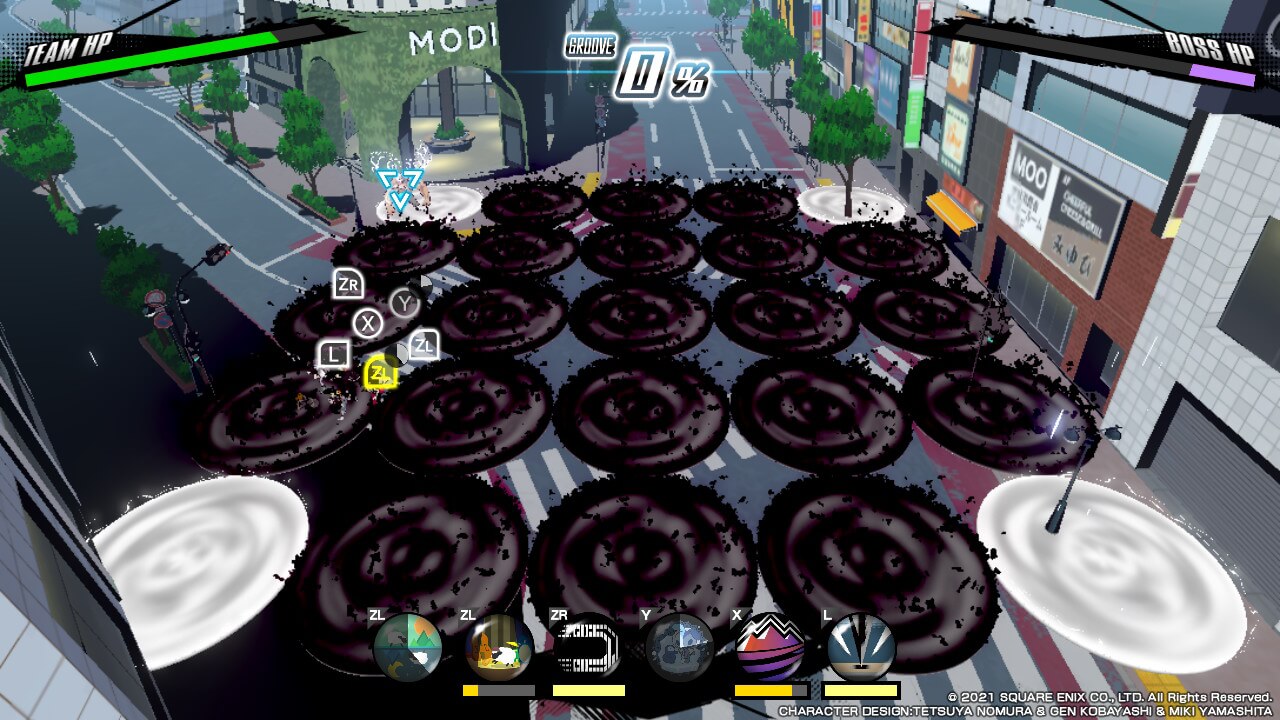 With either color antlers, Susukichi populates the battlefield with big discs colored either black or white. Certain discs then flip dealing damage to players on it. The discs that are the opposite of his current color are the ones that flip.

Susukichi has an affinity weakness to Ice, so equip Ice Pins to deal more damage and possibly freeze him. You may also equip Heartthrob Launcher for a long-range attack that regains some of your health.

Avoid Discs of Opposite Color

The discs that are the same color as Susukichi's antlers are safe, so you may stay on those when he launches his black & white board flip attack. Usually the safe discs appear at the edges of the battlefield.

When the discs appear, fight the instinct to immediately retreat towards the safe discs. Susukichi's attacks (especially the dash) last for much longer in this battle, so if you retreat to the safe discs, he may run you out of them just in time for the disc flip.

Avoid Staying on the Sides

Susukichi's running attacks (dashes and running while punching) last for much longer now, so avoid staying on the sides of the battlefield in order to avoid getting trapped in a corner.

In order for us to make the best articles possible, share your corrections, opinions, and thoughts about 「How to Beat Susukichi (2nd fight) | Boss Fight Guide | NEO: The World Ends with You (NEO TWEWY)」 with us!