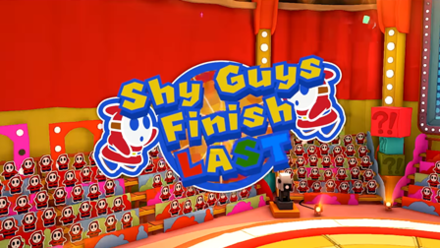 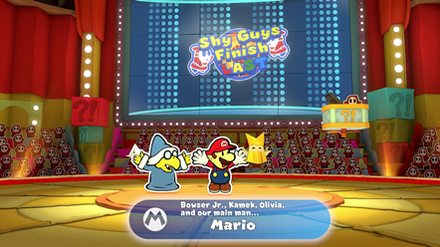 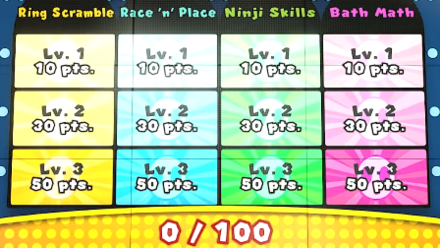 How to Play Ring Scramble 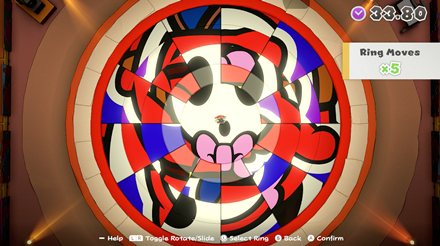 The game show's Ring Scramble category tests your ring control and visual memory, by making you solve a ring-based image puzzle within a certain time-limit. The puzzles get harder to solve as the category's level increases.

How to Play Race 'n' Place 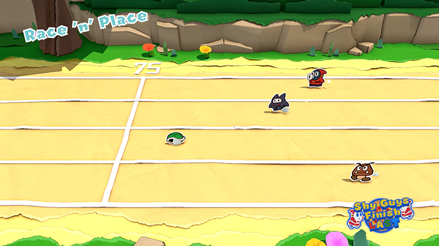 The game show's Race 'n' Place category tests your eyesight and memory by requiring you to remember the places of every runner at the end of a race. 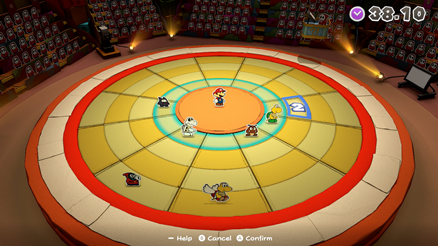 After the race, you are taken to a ring puzzle with random characters in the rings and a line of rings with a number or a set of numbers from 1-4. You must spin and slide the rings to place the right characters (runners) on top of their corresponding places (1st, 2nd, 3rd or 4th). The numbers stay in place as the characters are moved.

How to Play Ninji Skills 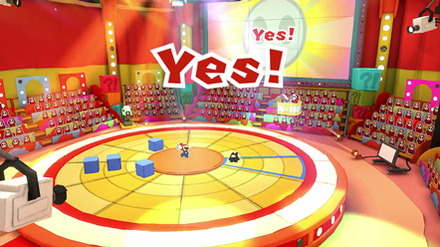 How to Play Bath Math

The game show's Bath Math category tests your memory and your math skills. 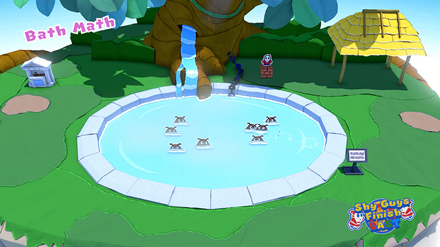 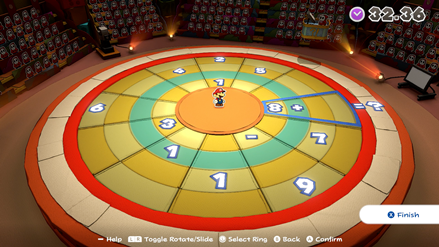 The math portion of Bath Math takes you to a ring puzzle with numbers, an addition symbol (+), and a subtraction symbol (-) in the rings. You have a certain number of seconds to spin and slide the rings to create an equation that equals to the number of Goombas in the hot spring, at the end of the memory portion. 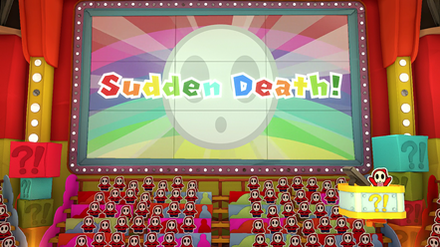 In Shy Guys Finish Last Sudden Death, you have to determine the missing sudden death lyric in a song that you have heard while progressing through the story. 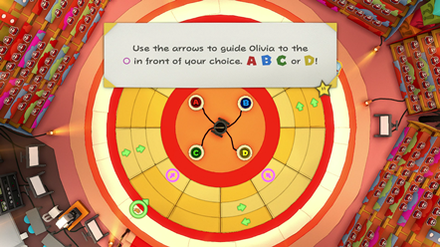 Emcee Shy Guy plays the song with lyrics, then presents you with 4 sudden death lyric choices, labeled A, B, C, and D. You have 60 seconds to choose the correct song lyric, by using arrows to guide Olivia to the lyric's corresponding letter in the center of a ring puzzle (similar to Boss Battles). 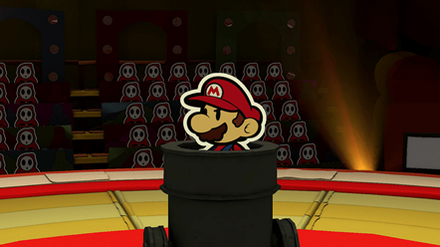 The letters are buttons connected to a cannon, in which Mario has been placed. Choosing the wrong lyric results to sudden death, which shoots Mario out of the cannon and it's game over. 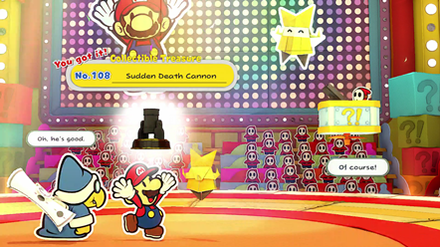 >>4 On level 3 I found it easier to watch the boxes that didn’t have the ninjis as there were 4 ninijis and only 2 other minions.

>>3 My switch only records 30 seconds or less. My phone, however is longer, however I always get tripped up at Ninji Skills now! Help!

Register as a member and get all the information you want. (It's free!)
Login
Opinions about an article or post go here.
Opinions about an article or post
We at Game8 thank you for your support.
In order for us to make the best articles possible, share your corrections, opinions, and thoughts about "Shy Guys Finish Last and Sudden Death Answer (Perfect Game)" with us!
When reporting a problem, please be as specific as possible in providing details such as what conditions the problem occurred under and what kind of effects it had.