Where is Luigi? | How to Find Luigi | Paper Mario: The Origami King (Switch) 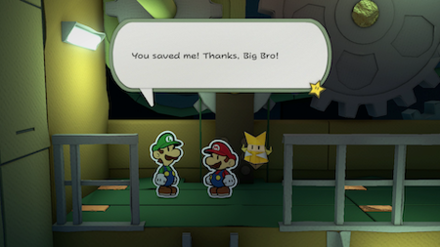 Mario's brother Luigi can be found in various locations throughout the game in his search for the key to Peach's Castle. Luigi will provide you with useful keys throughout the game, but he can be tricky to find! Here's our complete guide to finding Luigi. 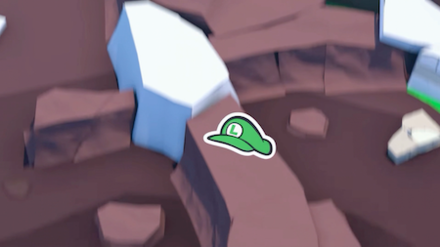 In the prologue of the game, after King Olly lifts Peach's Castle into the sky, Luigi's Hat can be shown slowly drifting down. Could our guy in green be gone for good??

Actually, this scene seems to show a hint to Luigi's location, as the hat is shown floating over the remains of Peach's Castle's foundation, where Luigi is later found. 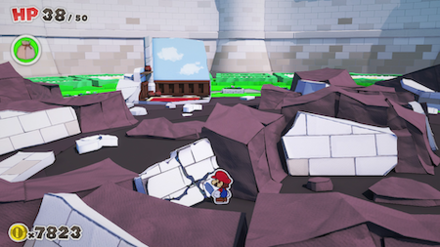 Later on, in Toad Town, Mario can reach Peach's Castle's former grounds after passing through Graffiti Underground. Break through the wall here to continue ahead. 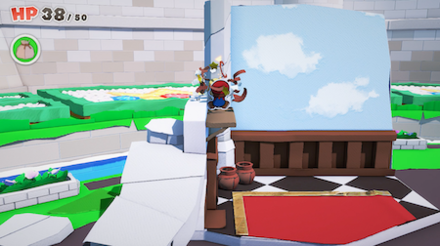 Climb the slope to the left of the cloud-pattern wall and break the pot at the top to reveal a Magic Circle. 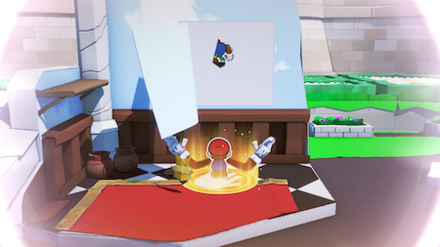 Use the 1,000-Fold Arms to tear off the wallpaper ahead, and voila! One freshly-folded Luigi! 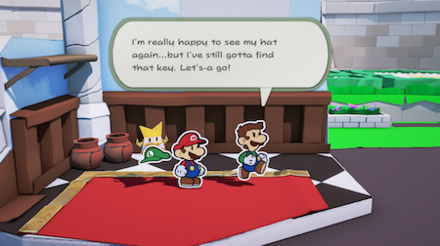 As soon as he appears, Luigi will be off again on a hunt for the key to Peach's Castle. Will he be alright on his own? 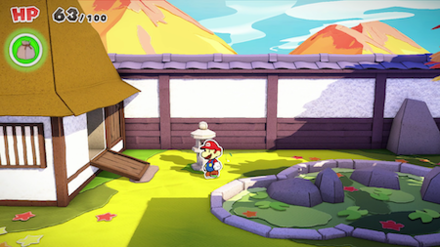 The next time you find Luigi, he'll be in a hidden area within the Ninja Attraction, in the Shogun Studios area. In the courtyard area, jump north over the fence and hit the statue by the pond to open a door to the house. 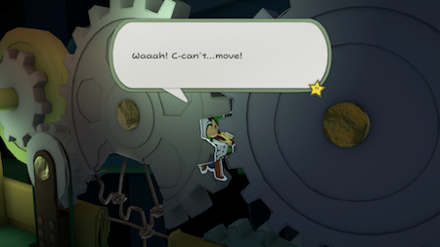 Go to the basement inside and you'll find Luigi who is... not doing too well for himself. 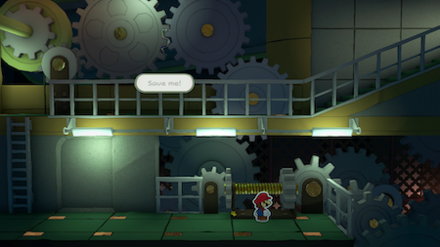 Go down the ladder and hit the spinning gear with your hammer to free Luigi (Who is really lucky hitting that this random gear doesn't have the reverse effect). 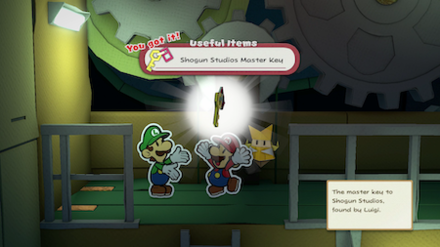 Once you hammer him back to his old self, Luigi will reward you with the Shogun Studios Master Key! If he had just left it, you could have obtained it much earlier in the staff room, but...

Poor Luigi will run off again in search of the real key to Peach's Castle. 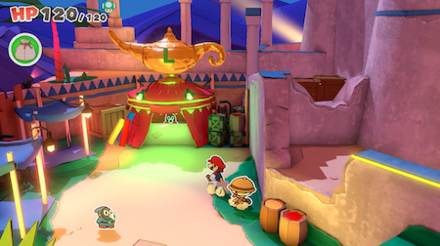 You'll find Luigi in a pickle once again in Snif City, in the Scorching Sandpaper Desert area, where he's being held hostage in a magic lamp by a conniving Snifit for all eternity. How he got there is anyone's guess, but you'll have to guess the Snifit's Mood to free him.

How to Guess the Snifit Mood 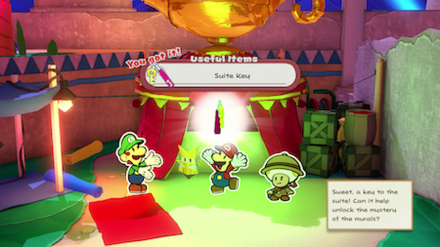 Once you've freed Luigi once again, he'll give you the Suite Key to the second floor of the Royal Hotel! Once again, you could have gotten it earlier if Luigi hadn't taken Professor Toad's room, but......

And it's off on the hunt again for Luigi! 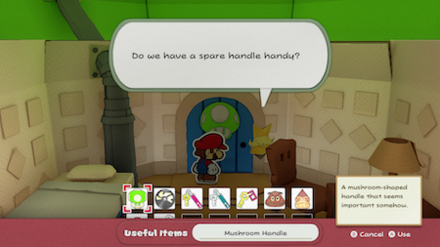 Luigi's gone off once again onto the Great Sea. To reach him, you'll need to open the locked door on Mushroom Island using a Mushroom Handle, obtainable on Crescent Island. 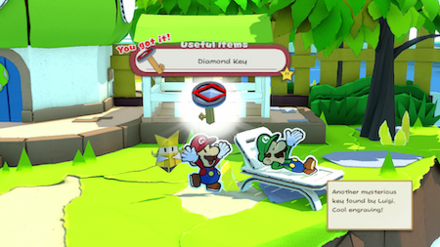 You'll find him lounging and confident that he's got the right key. It turns out to be the Diamond Key, which unlocks Diamond Island. Not a bad find this time! He'll also stay in your party for a bit until you leave the island. 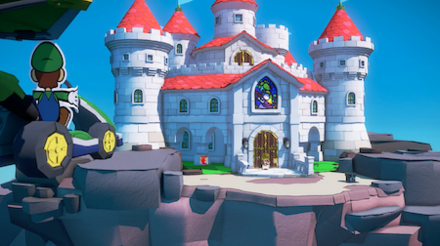 After arriving at Peach's Castle, you'll realize the one thing you don't have – the key! This is where it's time for Luigi to sweep in and save the day.

He thinks he doesn't have it, but actually, Luigi will bring the key straight to you without even knowing it. 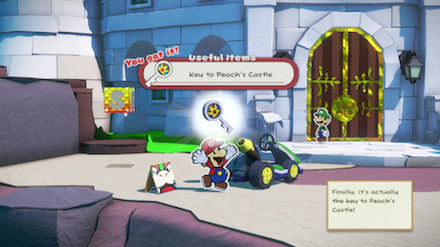 You'll find the Key to Peach's Castle lodged in the exhaust pipe of Luigi's Kart. It was right in front of him the whole time!! Haha, ha... 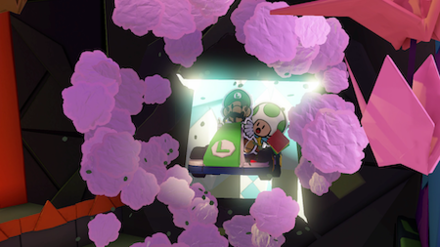 Luigi will show up once again in the game's ending cutscene. We don't want to spoil too much, so find your way to the end of the game and see for yourself!

Register as a member and get all the information you want. (It's free!)
Login
Opinions about an article or post go here.
Opinions about an article or post
We at Game8 thank you for your support.
In order for us to make the best articles possible, share your corrections, opinions, and thoughts about "Where is Luigi? | How to Find Luigi" with us!
When reporting a problem, please be as specific as possible in providing details such as what conditions the problem occurred under and what kind of effects it had.