How to Get Confetti Fast | Paper Mario: The Origami King (Switch) 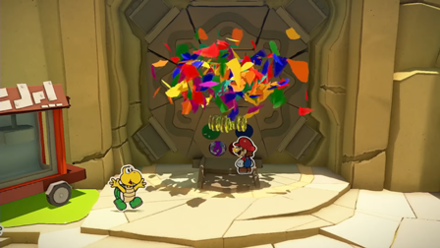 How to Get Confetti

Get Confetti from Objects

As soon as Mario begins his quest on Picnic Road, he is equipped with a hammer, which he can use to hit objects. Hit objects and get Confetti, Confetti Bags, or other items. Simply walk on or near the Confetti to collect it. Objects that have been confirmed to contain Confetti are bushes, flowers, rocks, and even broken statues! 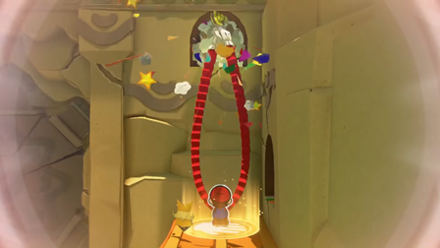 Unlocking the 1000-Fold Arms allows you to break hard-to-reach objects. Breaking these objects also rewards you with Confetti and Coins. 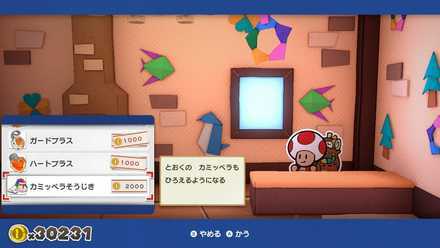 Confetti Vacuum will allow you to pick up confetti from farther away, which is faster than collecting each group of confetti.

How to Get Confetti Vacuum 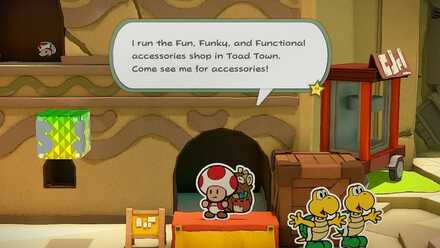 To get the Confetti Vacuum, you need to rescue first the owner of the Fun, Funky, and Functional Accessory Shop. You can find the Toad in Picnic Road.

Inside the area, look for the entrance to Earth Vellumental Temple. The Toad is on the top of the table near the Save Block. Hit it with your Hammer to save it.

Where to Buy the Confetti Vacuum 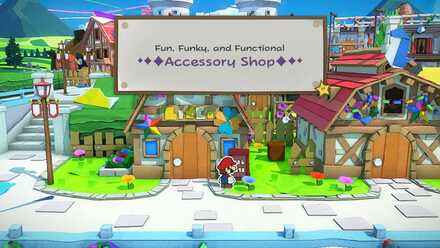 After saving the Toad in Picnic Road, you can now return to Toad Town to buy the Confetti Vacuum. The Fun, Funky, and Functional Accessory Shop is located near the area where you defeated the Paper Macho Goomba.

It is the third house from the west side of the house with Yellow Roof. Talk to the Toad inside to purchase the Confetti Vacuum accessory for 2,000 coins.

Get from Defeating Paper Macho Bosses

After defeating any Paper Macho Bosses, it will explode into a lot of Confetti. Grab every piece to fill the Confetti bag inventory. Remember, covering all the Not-bottomless Holes will earn you a trophy and is essential in completing the game 100%.

Get from Confetti Bags 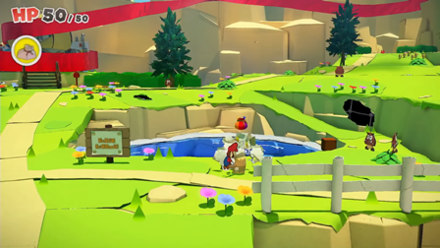 Get Confetti after Ring Battles

Along Mario's quest, he will run into Ring Battles againts origami-enemies. After winning these battles, Mario is rewarded with a large amount of Confetti.

Get from Purchasing Confetti in Toad Town 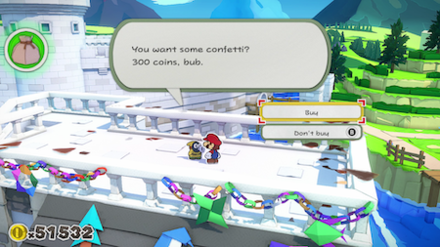 If you run out of Confetti and you don't have the energy to collect them, you can visit the Confetti Shop in Toad Town managed by a Snifit, and buy it for 300 coins. It is located on the top of the Mansion. However, before you can buy one, you need to rescue the Snifit first from the Paper Macho Goomba.

How to Reach the Top of the Mansion 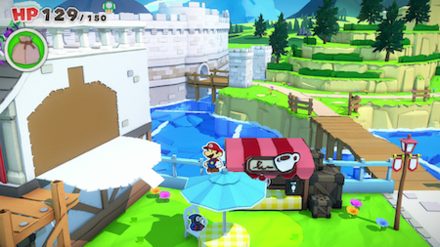 Rewards after Boss Battles have not been confirmed, but we suspect that they are similar to rewards after ordinary Ring Battles and also include Confetti.

How to Fight Bosses

When to Use Confetti 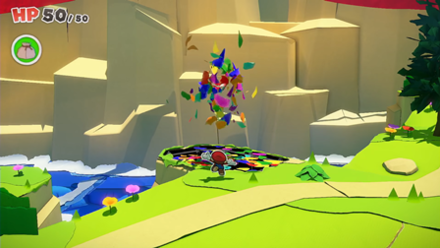 Throughout Mario's quest, you'll find holes in the ground, on walls, and on the sides of cliffs. Cover these Not-Bottomless Holes with Confetti to receive Coins and even to access previously inaccessible paths or areas. Don't worry if you accidentally disperse the Confetti on the ground. It will be consumed only when it fills the holes.

Confetti is used similiarly to how paint is used in Paper Mario: Color Splash. Instead of painting colorless areas, you are covering holes destroyed by origami-enemies (presumably, giant origami-Goombas). When you achieve 100% completion for filling in all holes in an area, it is very likely that you will get some kind of reward.

How to Read the Confetti Meter

The Confetti Meter is the Confetti Bag icon on the top-left of the screen, while Mario is out on the field. Its background color indicates how much Confetti Mario has and has 4 levels: Green for Full, Light Green for Near-Full, Yellow for Near-Empty, and Red for Empty. The colors change accordingly as you collect and use Confetti.

Register as a member and get all the information you want. (It's free!)
Login
Opinions about an article or post go here.
Opinions about an article or post
We at Game8 thank you for your support.
In order for us to make the best articles possible, share your corrections, opinions, and thoughts about "How to Get Confetti Fast" with us!
When reporting a problem, please be as specific as possible in providing details such as what conditions the problem occurred under and what kind of effects it had.