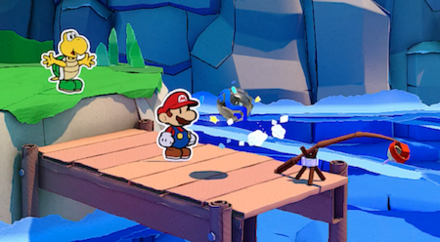 This is a guide to finding all Shell Stones in the Overlook Mountain area of Paper Mario: The Origami King. To find the Yellow Shell Stone, Green Shell Stone, Blue Shell Stone, and Red Shell Stone to open the Earth Vellumental Temple, look no further!

Near the bridge, you'll see a Monty Mole at a stand in front of three Koopa Troopas. He'll try to sell the Green Shell Stone for 10,000 coins, but you can haggle him down to a much cheaper price. 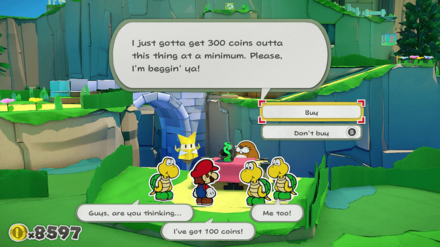 If you continue to say 'No' at each offer, eventually the price will drop to 300 Coins. At this point, you should buy the Green Shell Stone, or else the Koopa Troops will buy it instead. 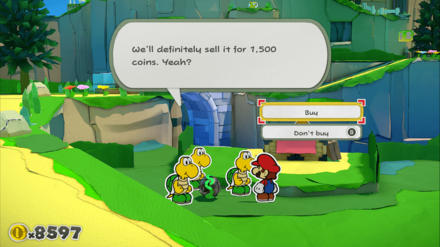 Once the Koopas buy the Green Shell Stone from Monty Mole, you will have to buy it from them for 1,500 coins. This price is non-negotiable, so you will have no choice but to fork over the coins and pay this price. Therefore, you are best off haggling Monty Mole down to 300 coins, and then buying it while this price is still available. 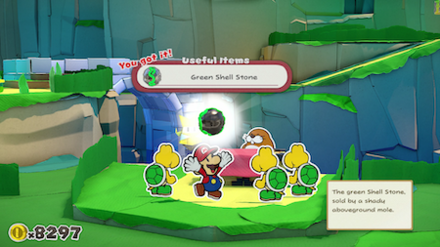 Regardless of the price, you'll be the proud owner of the Green Shell Stone! 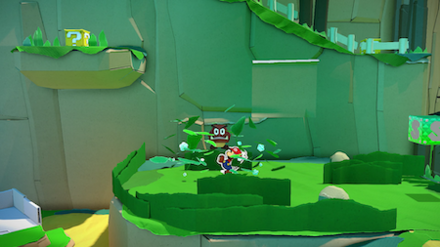 The Yellow Shell Stone can be found across the bridge, near a clearing with several hedges besides the Save Block. The hedge in the center-left is a bit shifty... Every time you hit the ground with your hammer, it will move slightly to the left or right. Hit this hedge with your Hammer and a Goomba will pop out! 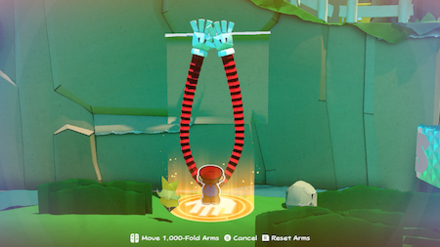 After the battle, a Magic Circle will be revealed. Stand on it and press X to use the 1,000-Fold Arms.

Peel down from the top of the wallpaper ahead to reveal... 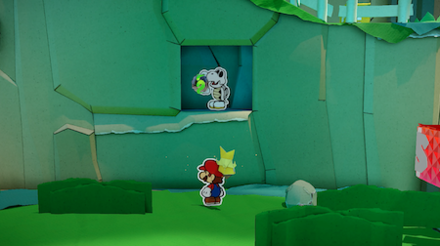 Gasp! It's been entombed there for centuries!!

...Actually, it's just a Dry Bones. He walks off and goes about his business. 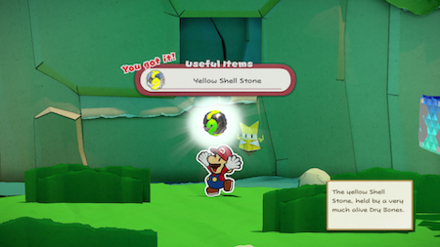 But he's kind enough to give you the coveted Yellow Shell Stone! 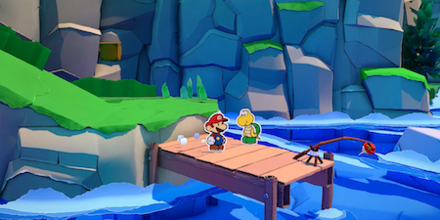 East of the area with the Yellow Shell Stone, you'll find a staircase down leading to a fishing area. Your goal is to fish up the big Cheep Cheep! 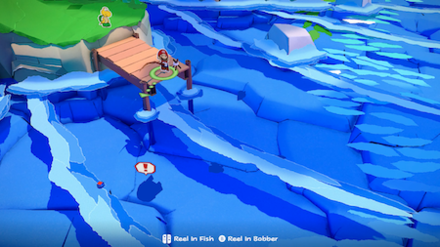 Look around at the fish in the water until you find the big one, then cast your line near it. The controls can be a bit tricky, so check our Fishing Guide for more detail on the process. 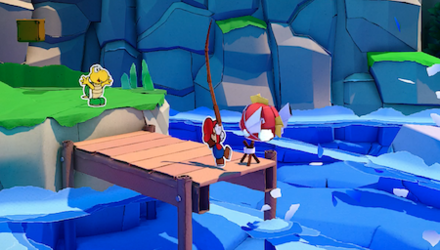 After you've snagged the catch of the year, it won't go down without a fight! Take down this big booty bass! 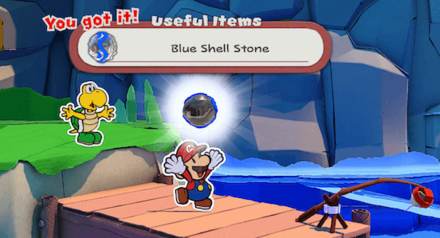 And now the Blue Shell Stone is yours! Fish really will eat anything huh?? 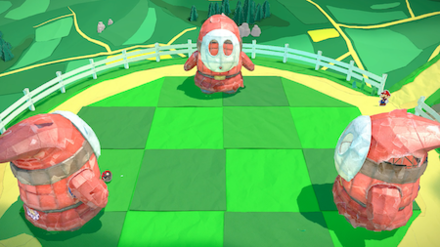 After you've climbed to the peak of Overlook Mountain, go down the west side, and then continue west along the path. You'll find some Paper Macho Shy Guys playing soccer with the Red Shell Stone. 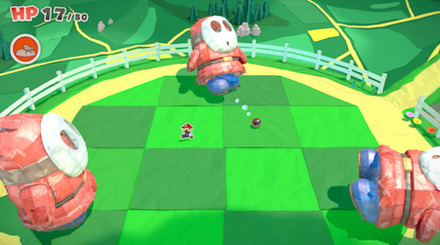 If you try to go close to one, it will kick it away. Hit any of them with your Hammer to knock it down. You don't need to aim at a particular point, any spot will do. 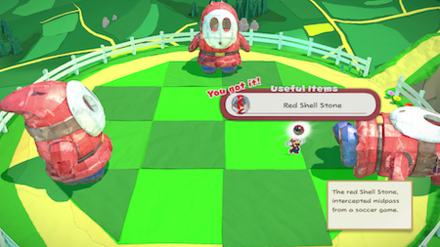 Now that's a Red Shell Stone! Hey, no hands on the ball!

How to Use the Shell Stones 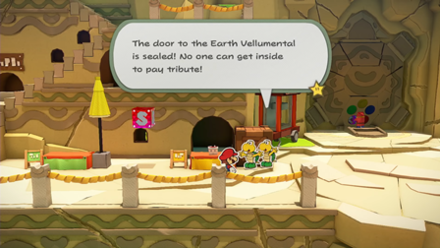 After you've defeated the Shy Guy in the way, you can use the four Shell Stones at the entrance to the Earth Vellumental Temple, found to the east and down the staircase on Picnic Road. 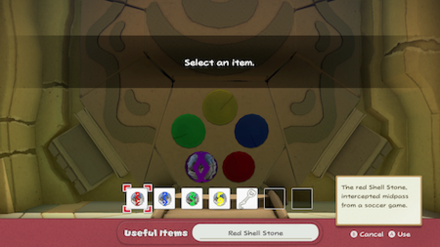 Register as a member and get all the information you want. (It's free!)
Login
Opinions about an article or post go here.
Opinions about an article or post
We at Game8 thank you for your support.
In order for us to make the best articles possible, share your corrections, opinions, and thoughts about "Shell Stone Locations | Where to Find All Shell Stones" with us!
When reporting a problem, please be as specific as possible in providing details such as what conditions the problem occurred under and what kind of effects it had.