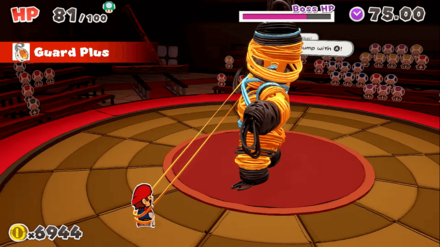 This guide will show you how the battle system works in Paper Mario: The Origami King, for the Nintendo Switch. Read on to learn about the Ring Battle System, Spins, Slides, Time Limits, Moves, Weapons, Items and the difference between regular Ring Battles and Boss Battles. 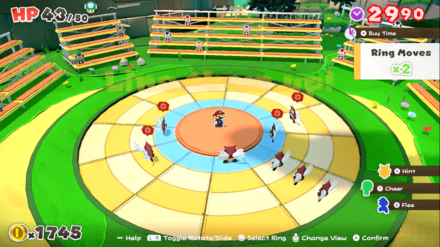 In Paper Mario's battle system, Mario stands in the middle of a ring while enemies are scattered in individual grids that make up the ring. These rings are key to winning the battle. Master the ring, master the battle! 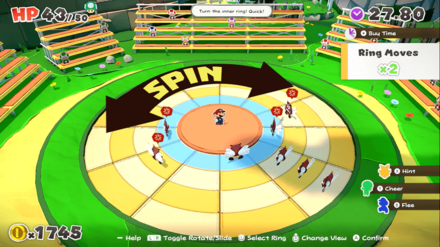 The battle system requires you to spin and slide rings back and forth, to place enemies into lines or groups that will allow you to attack them efficiently. Lining up your enemies correctly (solving the ring puzzle) rewards you with a 1.5x Attack Power-Up, causing greater damage against your opponents! 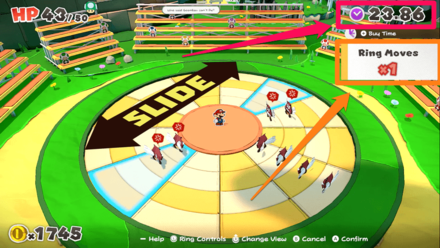 Not only do you need to be smart about moving the rings but you also have to be quick, in this battle system. There is a time limit when moving the grids into the positions you think will give you the best chance in battle. You also have a limited number of rings you can move so make sure you are moving the right one!

Spend Coins to Get More Time

In this new battle system, if your time is running out, but you still haven't solved the puzzle, hold the + button to buy more time with your coins!

Use Weapons to Attack 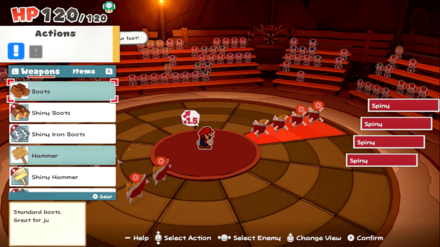 After lining up the enemies comes the fun part – it is time to attack! Pick a weapon to attack enemies in certain positions on the grid. For example, the Shiny Boot will attack enemies lined up in the targeted row. Picking the right weapon is important in this new battle system, to fully make use of your line-ups!

You can use your ordinary weapons (like Hammer and Boots) an infinite number of times. Iron and Shiny Iron versions of your weapons, however have a limit. They're only needed against hazardous enemies, so use them wisely in this battle system!

Use Items for Special Effects 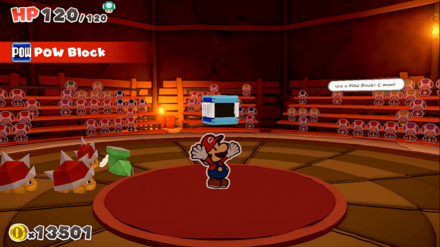 In this battle system, you can also choose to attack with an item. This will not only attack the enemies but will also have a special effect that will help you in battle. One item with an amazing effect is the POW Block. Using it allows you to deal damage to every enemy in the ring!

Mario Starts Outside the Ring 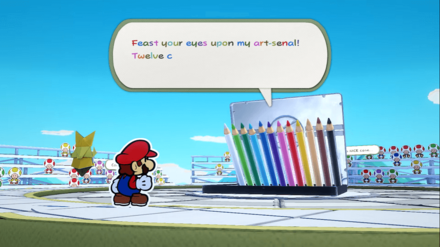 Unlike in ordinary Ring Battles, where Mario is at the center of the rings, in the Boss Battle System, Mario starts outside of the rings and needs to traverse his way to attack the Boss in the center.

Create a Path for Mario 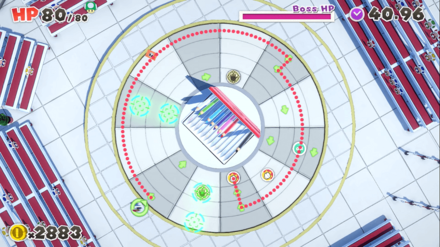 In the Boss Battle System, instead of spinning and sliding the rings to move enemies, you will do so to create a safe and effective path for Mario to arrive at and attack the Boss. 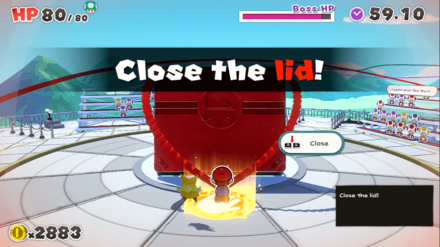 Not only can you lead Mario to the boss to attack, but you can also lead him to the boss's weak points to deal with major damage and even receive attack power-ups on the way there!

Register as a member and get all the information you want. (It's free!)
Login
Opinions about an article or post go here.
Opinions about an article or post
We at Game8 thank you for your support.
In order for us to make the best articles possible, share your corrections, opinions, and thoughts about "Ring Battles and Boss Battles | Ring-Based Battle System | Boss Battle System" with us!
When reporting a problem, please be as specific as possible in providing details such as what conditions the problem occurred under and what kind of effects it had.