★ Forces of Will
☆ Childhood Encounter
☆ A Season for Picnics 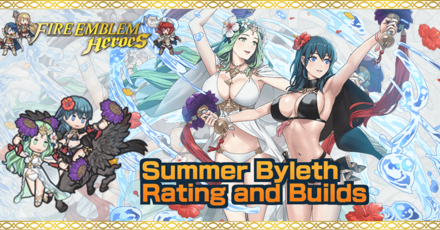 This is a ranking page for the hero Byleth - Fell Star's Duo from the game Fire Emblem Heroes (FEH). Read on to learn the best IVs (Individual Values), best builds (Inherit Skill), weapon refinement, stats at Lv 40, and more for Summer Byleth (F). 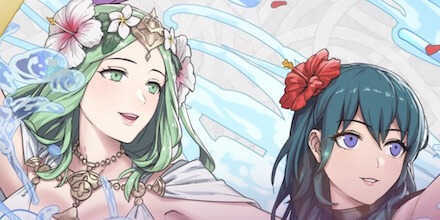 The best IVs for Summer Byleth are +Spd and -Res. A higher Spd stat allows Byleth to get a ton of follow-up attacks on her foes. Additionally, her Spd is a superboon so you should take advantage of that as much as possible. Another reason why you should take a Spd boon is that her weapon effect relies on her having a high Spd stat. Her Res is of less importance as she is mainly an offensive unit so it is safe to take as a bane.

We recommend a +Atk IV when merging Summer Byleth to 10. At +10 Merges, Byleth's Spd will reach such high levels that pushing it up higher is a waste. At this point, it would be better to opt with a +Atk IV instead to help her deal more damage with the follow-up attacks she scores.

Summer Byleth (F)'s weapon cannot currently be refined. This section will be updated if it becomes refineable in the future!

Summer Byleth (F) is a ranged magic attacker (range = 2). Therefore, when not accounting for the Weapon Triangle, the amount of damage she deals will be equivalent to her Atk minus the foe's Res stat.

Summer Byleth (F)'s Duo Skill raises her arena score, in addition to unleashing a powerful battle effect. Duo Heroes have a Duo Skill which can be used once per map. Additionally, her Duel effect treats her stats as 185 in Arena modes, giving her a huge advantage over many other heroes.

The effect of Byleth's Duo Skill is shown below 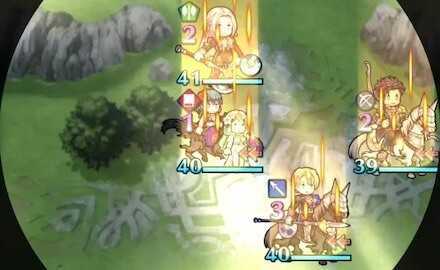 Her Duo Skill grants her and all allies wihin 2 spaces of her Desperation. It is pretty similar Desperation 3 as it allows for the follow-up attack to come before the foe's counterattack, but this status does not require for an HP requirement.

You can read the in-game text for Summer Byleth (F)'s Duo Skill and the duel component in this section!

As discussed above, Summer Byleth (F) has access to a duo skill that grants her and her allies the effects of Desperation without a HP requirement. After the first use, you can use it again at the start of every third turn. It has lots of strategic value especially when timed right as it can potentially allow your units to take out priority targets without taking damage.

Summer Byleth (F) has the A slot skill Atk/Spd Push 4, which grants Atk/Spd+7 so long as her HP is at or above 25%. It will inflict damage on Summer Byleth (F) after battle, but considering a higher Spd allows Sun's Percussors to disable guaranteed follow-up attacks, this large buff is worth it.

Sun's Percussors does a Spd check at the start of combat and if Byleth's Spd is greater than the foe's, it grants the following effects:

These effects also kicks-in regardless of Byleth's Spd if the foe is at 100% HP.

As a flying unit, Summer Byleth (F) takes 1.5x damage from bows and weapons effective on flying units. Be sure to keep them out of the range of archers and leave them to other units.
Heroes with Effective Skills

The Álfr, Peony, Triandra, Plumeria, Mirabilis, are examples of refresher-assist units that greatly boosts Summer Byleth (F)'s damage output. They also possess flying movement, so they will never be out of Summer Byleth (F)'sreach. It is always a good idea to pair Summer Byleth (F) with them especially in Aether Raids whether it would be on defense or offense. Some players find it hard to read defense units' behavior when refresh abilities are added into the mix.

Reyson and Leanne provide both heals and refreshes to Summer Byleth (F) so she can brawl it out in the frontlines for much longer.

Plegian Dorothea can refresh Summer Byleth (F) two times in one turn through her Harmonized Skill as they are both from the Three Houses title. Consider using her when running Byleth as this can win you many maps! The downside to this though his her sharing the niche of being a flying red tome user. Make up through diverisfying using your other unit slots!

Physical powerhouses, preferably those who are strong against blue units

Since Summer Byleth (F) is a magic unit, she would need some allies to cover units that are strong in absorbing magic damage. Some great ideas are Brave Edelgard,, Brave Ike, or Surtr.

Reyson can be a good choice too if you choose to run Triangle Adept 3 for the sole purpose of covering Summer Byleth (F)'s weakness against blue units.

For blue choices, Brave Hector sets the bar pretty high up for the the best pick.

Def is Summer Byleth (F)'s weaker stat so blue physical units can easily exploit her. Though her Spd is really good!

Reinhardt is of the blue attribute, and while he has to go through Summer Byleth (F)'s decent Res, he can still take Summer Byleth (F) out at good investment levels. He also double strikes regardless of Byleth's Spd because of Dire Thunder's effects.

Res is Summer Byleth (F)'s better defensive stat, but it is still nothing special.

As a flying unit, Byleth has an inherent weakness to arrows. Stay clear of top tier bow units like the Claudes.

Should you Unlock Potential for Summer Byleth (F)?

Byleth - Fell Star's Duo Only Appears as a 5 Star Hero!

How to Get Summer Byleth (F) / Illustrations / Voice Actor / Quotes

How to Get Summer Byleth (F)

Summer Byleth (F) is a limited time Hero who can be pulled from a Special Heroes Summoning Event. They do not appear in regular summons.

Register as a member and get all the information you want. (It's free!)
Login
Opinions about an article or post go here.
Opinions about an article or post
We at Game8 thank you for your support.
In order for us to make the best articles possible, share your corrections, opinions, and thoughts about "Summer Byleth (F) Builds and Best IVs" with us!
When reporting a problem, please be as specific as possible in providing details such as what conditions the problem occurred under and what kind of effects it had.