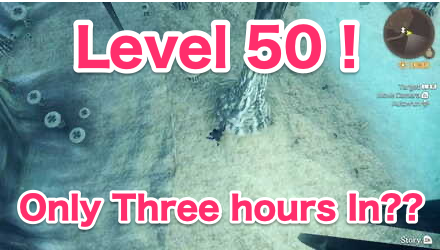 Speedrunners will rejoice to learn that the Tephra Cave glitch for getting to level 50 is back in Xenoblade Chronicles Definitive Edition for the Switchーalthough it isn't quite how they remembered it. Read on to find out how to use this glitch and reach level 50 in no time!

Glitch Has Been Patched

The famous Tephra Cave Glitch has been patched from Xenoblades' latest patch 1.1.2. Speedrunners will be saddened by this news. But do not fret as we still have our guides to help you with the game! Refer to our story walkthrough to get through the whole game.
Story Walkthrough

The Tephra Cave Glitch is a glitch that will allow you to gain a massive amount of EXP in the early game. It works by sequence breaking, meaning jumping to a zone that you would not normally reach until much later in the game. Reaching this zone will reward you with enough EXP to level into the 50's (depending on your current level).

The original Xenoblade Chronicles also had a sequence break glitch in Tephra Cave that allowed for early leveling. However, that glitch was patched out, and in its place, a new one was found.

There are two simple conditions that must be met in order for you to perform this glitch.

You must have defeated the Arachno Queen, as the glitch area is in her lair.

You must have two party members, as you need to switch your playable character for this glitch to work.

How to do The Tephra Cave Glitch

To see the video demonstration of how to do it, check out the video below.

Step One: Find the Vines Leading to the Clipping Wall 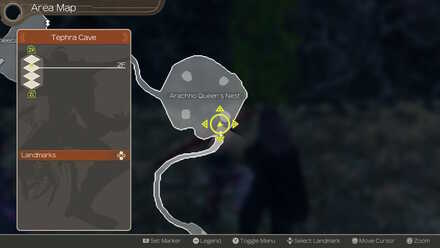 In the Arachno Queen's Nest, there are vines to the south leading up to a ridge.

Step Two: Climb Up the Vines and Run Forward Into The Corner of the Cave

Climb up the vines and run into this wall, moving left towards the wall.

Step Three: Change Your Playable Character to One of Them

It is important that as you exit the menu, you're going left in order to clip into the wall. So before you exit, hold left already, then exit with the B button. 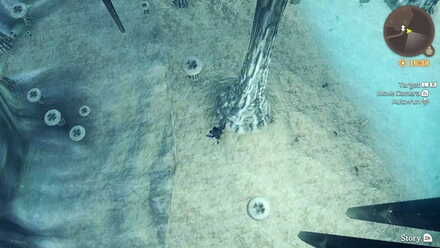 You should end up clipping through the wall, into the Vilia Lake. There's an elevated ridge to the left side, so make sure you land on that. Landing on the ground of Vilia Lake will kill your character, and the ridge should just damage you greatly. If you fall into the Vilia Lake, you must make your way back to the glitch area and try again. 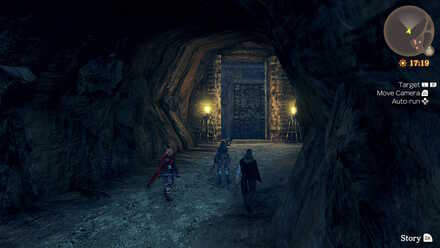 Further ahead you'll find a cave opening to your left, enter it. Then you'll find a four-way intersection of cave openings, enter the opening your right. You'll see a structure ahead, enter it, and you'll have discovered the Bafalgar Tomb. You will get EXP upon discovery.

Tephra Cave Glitch - How Many Levels?

The Tephra Cave Glitch can get you a couple of items, a heart-to-heart between Reyn and Shulk, and can level up a character from Level 1 to Level 41 in one go. If you are trying to clear the game quickly, or you just want an easy way to level up fast, this is an extremely quick way to do it.

See more comments (3 Comments)
Opinions about an article or post go here.
Opinions about an article or post
We at Game8 thank you for your support.
In order for us to make the best articles possible, share your corrections, opinions, and thoughts about "Tephra Cave Glitch: Early Game Leveling" with us!
When reporting a problem, please be as specific as possible in providing details such as what conditions the problem occurred under and what kind of effects it had.