This is a page about your new companions, the Ponspectors, in the epilogue for Xenoblade Chronicles Definitive Edition. Read on to find out the benefits to recruiting them, their effects in battle, and how Union Strikes work! 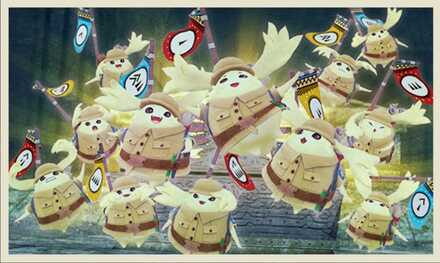 The Ponspectors are a group of 12 Nopon who have come to sruvey Bionis' Shoulder in search of a treasure. Separated from their Chief, Wunwun, it's up to Shulk and co. to help them out.

What Do the Ponspectors Do?

The Ponspectors are split into 3 teams: Red, Blue, and Yellow. Each team has a corresponding signature move listed in the table below:

Ponspectors will join in battle and help out according to their team color and based on how high their tension is. Performing well during different affinity boosts by pressing the B button with the right timing will increase their tension, in turn improving their effectiveness in battle.

What Are Union Strikes?

Union Strikes replace Chain Attacks from the main game and require Ponspectors to be recruited, so don't sleep on their requests! Each team has a Union Strike based on their color that have similar effects to their signature moves. Fill up the Party Gauge as usual and unleash a powerful Union Strike on the surrounding enemies! 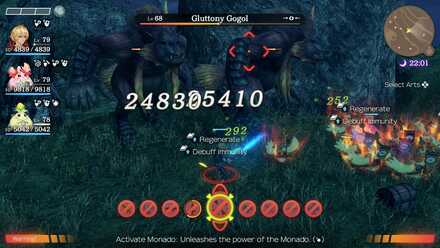 Damage wise Blue Caress is the weakest, but its heal and debuff immunity effects can help if you're in a pinch. 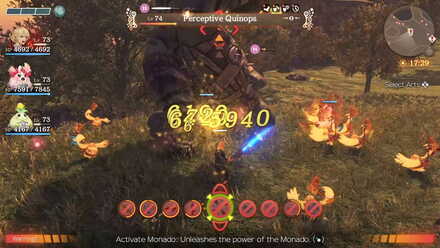 The strongest of the three Union Strikes. As shown in the image above the target will take not just the damage dealt to all targets, but a large amount of Blaze damage as well. Just sit back and watch the enemy's HP bar go down. 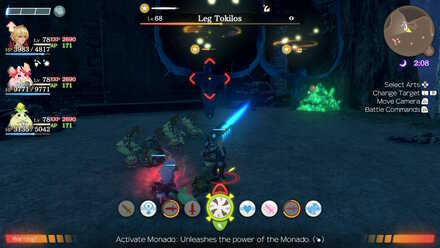 Yellow Chaos is great when you're overwhelmed by a large amount of enemies or want to briefly incapacitate a target that either highly resists or is completely immune to Break, preventing you from Toppling or Dazing them. Yellow Chaos will bypass these resistances and Daze all targets, allowing you to recover and lay on the hurt until it wears off. 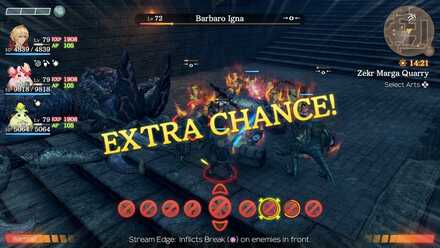 Typically with one full party gauge you will only be able to pull off a single Union Strike, but from time to time you may see EXTRA CHANCE! show up on your screen immediately following a Union Strike. This will allow you to choose one of the remaining two Union Strikes you didn't use and hit the enemy even harder!

In order for us to make the best articles possible, share your corrections, opinions, and thoughts about 「Ponspectors and Union Strikes Explained | Xenoblade Chronicles Definitive Edition」 with us!