There are no Side Quests in this area. 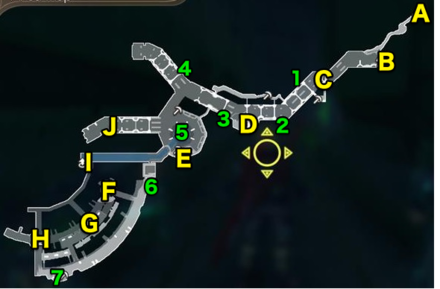 Make sure to get all collectables, and attempt to complete the map as much as possible before leaving, as you cannot return to Sword Valley/Galahad Fortress again later in the game, so you might as well do so during this chapter. 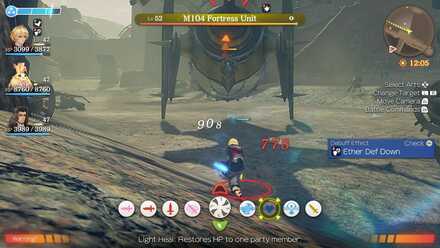 
A fortress sized Mechon. It's so big, the whole thing can't even fit in the screenshot.

There are some huge mechons here, and the name Fortress Unit suits them extremely well. Unfortunately for you, these Mechons don't just have size at their disposal, but power as well. Make sure to avoid these Mechons!

If however, you truly wish to fight against the M104, there are a few key points to know beforehand. 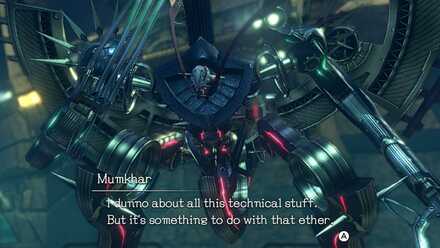 
I dunno about all this technical stuff. But it's something to do with that ether.

Mumkhar is going to fight you while in his Mechon, and he's accompanied by two other faced mechons as well. The other Mechons aren't that durable, so prioritize finishing them off first. He has several AOE attacks like Hell Spin Venom and Custom Grand Shot, so avoid letting anyone fall to low HP. He also has a shieldable talent art called Hell Talon Venom IV. Having a shield rank equivalent to 4 can let you avoid a possible fatal blow from this move.

Mumkhar has several high damaging moveset that hits a wide range, regardless of aggro. Deploying low HP characters like Melia and Sharla is not recommended in this battle.

This is a reverse hostage battle where you need to defeat all the boss' allies while keeping the main boss alive. A good party setup is enough to win this battle easily. 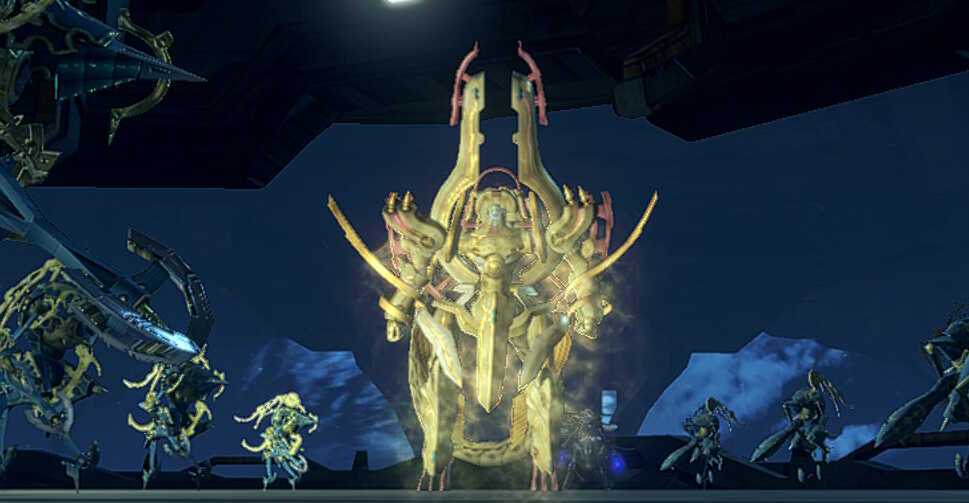 A survival battle. It is highly similar to your first fight with Xord. Simply delaying the fight and healing your party is necessary to end this battle.

This 3 party member setup is focused on healing each other. This should be enough for you to survive the enemy assault until the battle ends.

Post (1 Comments)
Opinions about an article or post go here.
Opinions about an article or post
We at Game8 thank you for your support.
In order for us to make the best articles possible, share your corrections, opinions, and thoughts about "Chapter 11: Sword Valley and Galahad Fortress Walkthrough" with us!
When reporting a problem, please be as specific as possible in providing details such as what conditions the problem occurred under and what kind of effects it had.